Maintaining trust, workplace stress and fake news are three of the issues to figure large in this year’s comprehensive ECM research among European communicators. By Dejan Verčič (pictured) and Ansgar Zerfass.

European Communication Monitor (ECM) is a non-profit academic research project run by a core group of professors (Ansgar Zerfass, Ralph Tench, Piet Verhoeven, Dejan Verčič & Ángeles Moreno) from five universities across Europe, with partners in 22 countries. The ECM has been established as the leading annual survey on ongoing trends in public relations worldwide since 2007 with more than 3,000 participants from more than 40 countries each year.

Here are the key findings from ECM 2018 report:

Every second communication professional reports that misleading news in mass or social media – that is verifiably false – influences the public sphere in his or her country. However, only a quarter feel that dealing with fake news is relevant for the daily work of their communication department or agency. This is striking as 22.5% of European organisations and their reputation have been affected by fake news within the last months. Russia, Serbia, Slovenia and Poland report the strongest impact. The main sources of misleading content are social media (81.3%), but mass media (59.6%) also plays a huge role. Despite these challenges, only 12% of the affected organisations have already established advanced routines to identify (potential) fake news

Providing information to decision-makers through executive news briefings, media monitoring, survey results, and other reports is a common practice for most communication units across Europe (89.1%). These resources offer great opportunities to gain recognition from top management and (internal) clients (agreed by 68.0% of the respondents) and will gain more importance in the future, as the majority states. By far the most important and most frequently provided information by communication specialists is about news in ‘gate kept’ media (mass media with professional journalists) and social media. Only 28.4% of the communication departments and agencies in Europe prepare advanced types of reporting with edited or curated content that delivers deep insights for decision-makers on a daily basis. Clearly opportunities to deliver value by conveying strategic insights are being missed.

Building and maintaining trust has been voted as the most important issue for communication management over the next three years for the first time in the history of the communication monitor studies. Almost four out of ten respondents hold this view. Yet, longitudinal data collected since 2007 across the continent has repeatedly found the alignment of communication and organisational goals is the most persisting – and thus unsolved – challenge in the field. This year the topic was ranked second and supported by 37.7% of the respondents. Coping with the digital evolution and the social web has slightly decreased in importance; but every third professional (36.8%) still believes that this will be one of the top three issues to address.

Leadership for communication: capability gaps at all levels

Undoubtedly appreciation by top management is a key prerequisite when strategic communication wants to utilise its full potential. However, a CEO or top leader who understands the value of public relations and communication was only found in 76.5% of the organisations. The proportion is even lower (57.8%) when communication professionals report about leaders of most work units in their organisation. Generally, appreciation is significantly higher in non-profits compared to companies, and lowest in government-owned, public and political organisations. On the flip side, the study reveals that every fifth communication leader (19.2%) lacks leadership skills. A lack of performance at higher levels is clearly visible – especially when noting that subordinates rate the strategic involvement, ethical orientation and knowledge of the highest-ranking communicators clearly worse than the leaders themselves.

The overall job engagement index based on the assessment of 12 different statements shows that the majority of communication professionals in Europe feel engaged in their job (56.1%). But more than one third does not feel engaged (37.1%) and every 15th practitioner is even actively disengaged (6.8%). A possible reason: one quarter says that they don’t have the resources to do their job effectively and 21.6% do not feel encouraged by their superiors. Communication professionals working in companies and agencies are more strongly engaged than their peers working in other organisations, with one remarkable exception: practitioners working in non-profits and governmental bodies feeling much more that their job is important due to the mission or purpose of their organisation.

Communication professionals are often expected to be high performers in a hard-working culture. No wonder that four out of ten communication professionals (39.0%) in Europe feel tense or stressed out during their working day. At the same time, 25.0% do not have the appropriate resources to manage this experience. A cluster analysis reveals that one in four (27.9%) has serious stress problems (reporting stress and not being able to manage it). The most important drivers of work stress are the need to be constantly available outside working time to access emails and phone calls, too heavy a work load, the lack of opportunity for growth or advancement, and information overload.

Longitudinal comparison with the monitor surveys in 2010 and 2014 reveals a slow decline in overall job satisfaction among communication professionals in Europe. 28.9% of the surveyed practitioners would like to change their current employer within the next 12 months. However, three quarters of the communication professionals in Europe are happy in their job – overall satisfaction is the strongest in consultants or agencies (79.0%) and in countries like The Netherlands (86.2%), Finland (81.5%) and Germany (81.2%). The strongest drivers for job satisfaction are interesting and manifold tasks, career opportunities and appreciation by superiors and (internal) clients.

A supportive work environment enables practitioners to exploit their competencies and accomplish organisational goals. The study measured the status in communication departments and agencies across Europe by assessing organisational culture, trust in the organisation, leader performance, overall job satisfaction, and work engagement. Advanced statistical analysis shows that engagement is the key factor that links strongly to all other aspects. Engagement can be influenced by leaders, so in the end leadership makes the difference: educating, mentoring and promoting leadership skills should be a priority in the field.

In 2018, every tenth communicator surveyed earns more than €125,000 base salary per year (13.0%). But there is also a large group of practitioners (24.4%) that earns less than €30,000. The portion of communication heads and agency CEOs with an annual income over €150,000 has remained relatively stable since 2009 (between 13.4% and 18.4%). At the top end of the pay scales are countries like Switzerland, Denmark, France, The Netherlands, and Germany. Serbia, Romania, Croatia, and the Czech Republic, Russia and Portugal are lagging behind.

A detailed analysis of the monitor data reveals several characteristics of high-performing communication departments. This adds to previous insights made by the research team and published by Palgrave Macmillan in the 2017 book ‘Communication Excellence’. Excellent communication departments are better prepared to deal with fake news, they offer all kinds of management reports more frequently and they evidence better leadership performance. Work stress is lower and nearly all professionals working in such departments are satisfied (93.5% compared to 66.8% in other organisations) and loyal. Communication excellence proves to be beneficial for those working in the field and to organisations who use the power of strategic communication to reach their goals.

Dejan Verčič is professor and head of the Department of Communication at the University of Ljubljana, Slovenia. He is a former president of the European Public Relations Education and Research Association (EUPRERA), Brussels, and since 1994 organiser of BledCom, the annual international public relations research symposium at Lake Bled, Slovenia. 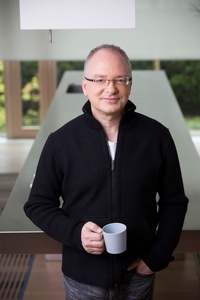