China’s consumers are hungry for ‘amazing’ new products and predisposed to ascribing a social benefit to them. Yet at the same time, they are turned off by over-inflated claims concerning innovation. By Penny Burgess.

The future of China’s economy has never looked so rosy. Decades ago, the country was viewed by the international tech community as little more than an imitator, a copycat of Western innovation. But today, thanks to strong government support – in the form of regulatory policy and investment – exponential economic growth and a surge of skilled science and technology talent, China has emerged as a global tech leader.

And with two of the world’s most valuable internet companies (Tencent and Alibaba) increasing spending over the next few years to develop futuristic technologies that have the potential to transform entire industries, CFOs have been left very optimistic about the Chinese market. Indeed, these companies are challenging – and exceeding – the limits of human imagination. As Wang Jian, Alibaba’s chief technology officer put it, “We’re just at the beginning of the beginning of the beginning.”

So what effect has this unprecedented innovation had on consumers’ expectations?

Well, unsurprisingly, they have risen in line with the market’s optimism. WE Communications’ Brands in Motion study uncovered these elevated expectations after looking at 10 rational and 10 emotional drivers of consumer opinion across eight industry categories in six countries: Australia, China, Germany, South Africa, the UK and the US. More than 3,000 consumers and 1,000 B2B decision-makers were surveyed in each market.

The study found that of all six markets analyzed, China had the highest average emotional and rational scores and was more likely to say that a category is socially beneficial and ‘amazing’ versus ‘the worst ever’.  Contrast this to the UK and Germany, which have low emotional/rational scores and a pessimistic outlook.

It’s clear that Chinese consumers demand the highest standards of innovation and quality. And because the country has leapfrogged western markets in terms of technological advancements, brands need to consider not only these heightened expectations, but also the rapid changes in how media and products are being consumed. China’s constant start-up mindset, where prototyping, trial and potential delivery happen at lightning speed, translates to a consumer mindset that expects continuous upgrades and improvements.

And with these increased expectations, comes skepticism. While consumers and company CEOs may be more optimistic than ever before, WE’s Brands in Motion study found that respondents were less likely to declare a brand ‘innovative’ than their western peers. The term innovation is thrown around so often without metrics to back it up, that Chinese consumers have become highly suspicious of such claims. This suspicion means brands need to innovate on innovation to cut through the noise.

A great example of this is Guangzhou-based Blue Moon Detergent. It introduced liquid detergent into the market two years ahead of P&G and a year ahead of Unilever, positioning the brand as iconic in the minds of Chinese consumers. When competitors were spending big on advertising, Blue Moon moved all above-the-line media spend to in-store activation following trends in consumer behavior.

In March 2018, it worked with Tmall to launch eco-friendly and water-saving products based on increasing consumer understanding of sustainability and is now shifting focus towards hypermarket investment. Currently, the company holds nearly 50% market share in China, with a 74% chance of increasing share this year according to a Brand Z Report. It serves as an example of how quick adaptation to the Chinese market can reap big rewards.

On the other hand, British retailer Marks & Spencer demonstrated what happens to a brand that doesn’t do its market due diligence and localize innovation. In 2008, the retailer moved to China without adjusting to Chinese tastes. Clothing sizes were too big for Asian frames, price points weren’t aligned to market norms, and cultural habits weren’t considered – e.g. frozen fish on the shelves, despite the fact that more than two-thirds of Chinese homes don’t have an oven. Unsurprisingly, in 2017, Marks & Spencer announced it was ending its retail presence in mainland China.

So, what can brands learn from these two examples?

To overcome a skeptical audience and extremely agile domestic competitors, international brands shouldn’t underestimate the speed of China’s innovation. In these conditions, a start-up mindset is the key to success. Unlike the western model, which is focused on long-term prototyping and testing, China’s culture of open sources means products can be brought to market unbelievably quickly. This speed, whether the product is successful or not, guarantees higher brand awareness – essential in a saturated market.

As WE’s Brands in Motion study revealed, Chinese respondents are slower to call a brand ‘innovative’. This is why it’s imperative that messaging around innovation is transparent. Brands should help customers understand why and how their product or service is innovative; better yet, they should bring them along on the innovation journey, and highlight why they’re offering better value for money than competitors.

Finally, if brands are to avoid the fate of Marks & Spencer, they should find ways to localize innovation. Success in one region doesn’t guarantee success in another. Particularly in China. And that doesn’t mean brands have to develop entirely new products – it could be the tweaking of an existing product, packaging or messaging to suit a Chinese audience.

Because, ultimately, brands who want success in China can’t afford not to meet the high expectations of this audience. Where once China had a reputation as a cheap commodity provider, today it is the hub of world-class technological enterprises churning out high quality products at reasonable prices to consumers whose willingness to spend is at an all-time high.

That’s why only the brands most serious about innovation will survive in this market. 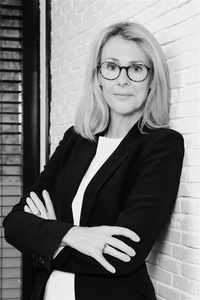