Budgetary constraints have prevented the widespread use of microtargeting but it is only a matter of time before data driven communication features more frequently in political and non-political campaigns. By Tom Parker.

Analysis of the results of the United Kingdom (UK) European Union (EU) referendum make for fascinating reading, showing clearly the emphatic voting direction of different subgroups of the UK population. Voting behavior can clearly be broken down not only by demographics, political interest and persuasion but also by education, social attitudes and sense of identity.

What’s more, it’s possible to determine the most influential arguments driving a vote to leave or remain, ultimately shaping the final outcome of the vote.

Perhaps surprisingly, it was not the overwhelmingly Vote Leave messages of ability to control own laws, immigration and border controls that tipped the balance. Rather attitudes in relation to quality of life, the rights of people in the UK, fairness within the welfare system, and the NHS were the most influential in shaping the final result.

It is interesting to note that none of the six main arguments of the official remain campaign, Stronger in Europe (jobs, lower prices, investment, business, security, value of EU membership) touched on these points.

Wide of the mark

Of course hindsight is 20-20 but with such clear delineation in voting behavior and both sides using the state of the art in campaigning technology, you do wonder how the Remain campaign could be so off the mark in terms of its messaging. With the availability of huge amounts of information about populations, their interests and behaviors, the ability to precisely (micro)target your messages to population subsets when running campaigns is greater than ever before.

Microtargeting is the use of direct marketing data mining techniques by political parties to segment the “market” in order to track individual voters and identify potential supporters. Compiling hundreds of pieces of information about each voter — in combination with survey research — campaigns can predict how likely a person is to vote, how persuadable they are, what issues matter to them, and what arguments they find persuasive.

Tailored messages can then be delivered to subgroups of the population through different channels of communication e.g. online advertising, social media, television, phone calls, text messaging, home or local community visits…. Data analysis can also inform which of these channels is most likely to be effective with your population subgroups.

Although already in use during the early 90s, microtargeting is credited to have first been widely used in the 2004 US Presidential election by the Republican party and the man George W Bush called the “Architect”, Karl Rove.  In an article in 2013, he commented that a huge data advantage had helped Obama win the 2012 Presidential election and that regular microtargeting, integrating polling data from frequent surveys into voter profiles, enabled the Democrats to have clear perspective on the changing opinions of voters, allowing them to dynamically update and microtarget their campaign messages and outreach.

Reflecting on the outcome of the Brexit vote, it would be interesting to understand the extent to which this was done by the Remain campaign. It would be very surprising if no such analysis was made. However, given the disconnect between Remain campaign messages and key voter behavior (namely the undecided), you do seriously wonder to what extent?

Of course such data generation and analysis requires a significant amount of resource and it is known the Remain campaign did have difficulty, at least early on, in raising campaign finances. In Europe, we are also subject to much stricter data protection laws, which makes this type of targeting more difficult.

However, at least when it comes to the question of resources, given the significance of the vote you again have to question the Remain campaign and whether or not it was sufficiently ready (having done enough data homework) and organized to trigger the referendum countdown in February this year?

Did the Remain campaign have sufficient insight as to who the undecided were? Did they understand what fundamentally mattered to them? Did they track how the evolution of events leading up to the referendum were shaping voting behavior? Having spent the week before the vote talking to people about what was shaping their opinion on the referendum, my sense was very definitely not.

Looking ahead and reflecting more broadly, it will be interesting to see to what extent sophisticated microtargeting techniques are used to underpin non-political communication campaigns. From my own point of view, based on running advocacy programmes across Europe and beyond, practical experience suggests that resource constraints have limited, outside the US, the number of cases where it is used.

However, given the growing importance of achieving communication success, whether managing reputation, influencing a policy decision and so on, I believe it is only a question of time before the acceptance of the need for more data driven communication and the power of microtargeting means that it is more widely integrated into non-political communication campaigns.

As the Architect said in his 2013 article, microtargeting techniques are no substitute for strong messages. Yet they do help refine and deliver messages better and have been shown to have lasting impact on campaign outcomes. 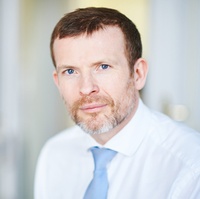