ITL #188 Government relations: the art of winning over politicians


Influencing government policymakers is hard to do but the chances of success are increased by adhering to a set of basic principles. By Benjamin Haslem.

Lyndon Baines Johnson probably wouldn’t get away with such colourful language in these more polite times, Donald Trump aside. However, his famous 1971 remark about FBI Director J. Edgar Hoover sums up the underlying principle of good government relations in 2016.

In fact, the thinking behind the 36th President of the United States’ remark could be adapted for a range of activities that require persuasion.

To translate: if you want a government to adopt your position then don’t pick a public fight. Go through the front door and put your case, put it well, put it with respect and understand where the government stands.

At Wells Haslem Strategic Public Affairs we haven’t developed our 11-step process to good government relations by simple trial and error. We have conducted several quantitative and qualitative surveys of senior government ministers, chiefs of staff, senior advisers and bureaucrats and asked them: what works?

I don’t profess to know if this would work in many other jurisdictions. There are various rules and conventions controlling who gets the ear of power and what they can say.

But human nature being what it is, much of the advice we provide clients and which I outline here should translate widely.

It never ceases to amaze how often a company or organisation thinks picking a public fight with politicians from the get-go will help it achieve its objectives. So they put out a press release criticising the government.

Perhaps seeing how politicians behave to each other leads to thinking that combat is the only effective form of persuasion.

It rarely is. Public humiliation isn’t a very good way to change behaviour, especially when the target is all-powerful.

So try to be cooperative and operate behind closed doors (or in the tent).

More importantly, get inside the tent before you have a problem. Any good business plan should take account of all stakeholders, their interests and expectations and how those stakeholders impact the organisation’s objectives.

They would include employees, customers, suppliers and regulators (read: government).

In the same way an organisation markets itself to customers, so it should with government. You never know when a legislative or regulatory change will pose a risk to your business or organizational objectives.

So establish rapport with key government stakeholders. Seek meetings with politicians to brief them on what your organisation does. Are you contributing to local employment; putting their town on the map through the development and export of an innovative product; providing skills to disadvantaged youth?

Invite politicians to open your new factory; launch your ground-breaking report or send them studies or reports you have completed in areas relevant to their area of responsibility, which may help them.

If local laws permit, consider attending political fund-raising events hosted by key politicians. Demonstrate your support. Make it bi-partisan if you want to avoid being seen as overtly political.

These activities will ensure that if you do need to ask Government for something – funding; legislative change; a pharmaceutical listing – they will be more receptive because they know you and, hopefully, like you.

This should be complemented by building a credible public profile. If you are a trusted brand or known for having strong CSR credentials, governments are more likely to listen and act as they know any criticism for doing nothing will be compounded when the advocate (you) is highly credible.

When you go to government about an issue or problem, you need to have built the case and offered a solution. Do the thinking for them.

But be realistic. Don’t ask for something the government can’t deliver. Trade Unions may bargain from the position of an ambit claim [extravagant initial demand] but you shouldn’t. This is persuasion not bargaining.

In the same vein, work within the government’s agenda. If you are dealing with a conservative government, don’t suggest they nationalize the banks; or that a centre-left party privatize all the prisons and hospitals.

The need to be realistic is reflected in governments’ demand for evidence. So don’t make assertions. Present a water-tight case, preferably backed by a rigorously-conducted study.

Governments are well resourced with a large teams of analysts ready to drive the proverbial truck through your case. So get it right.

If you are a medical-devices company seeking a government subsidy, commission an independent health economist to crunch the numbers to demonstrate how your product will save the health budget money over the longer term.

This is an example of demonstrating public good over private benefit. But avoid being disingenuous. While governments like a public good – it can win them votes – you should always acknowledge how your ask will benefit your organisation.

Another useful weapon to have in your arsenal is third-party support for your position. Ask independent experts to write to key politicians expressing support for your initiative. This will dilute perceptions you are being driven by self-interest and also put the government on notice: if we do nothing, these credible experts could take their case to the media!

When the day arrives to talk to the politicians, present your case professionally. Rehearse your pitch. Anticipate questions and have answers ready. Have a leave-behind briefing paper and other materials. Consider a three- to five-minute video stating your case. But don’t overwhelm.

And show some manners. After your meeting, write a short thank-you note of four or five paragraphs, briefly restating your case and asking if they have any further questions.

When the government acts on your ask, thank it publicly and give some credit, even if you didn’t get everything you wanted.

Put out a media statement congratulating the government. They like that. It helps them win votes.

Following this model won’t necessarily deliver instant success. The key thing our team has learned over many years is that government can be likened to a super tanker – it’s slow for turning. You need to put your case consistently and often many times before you realise your objectives.

But using our 11 steps – set out below – can certainly shorten the journey. 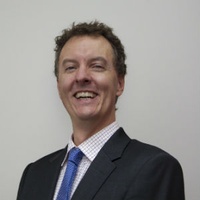 Benjamin Haslem is CEO of Wells Haslem Strategic Public Affairs, based in Sydney, Australia. Benjamin established Wells Haslem in 2012 with former staff from leading independent PR firm, Jackson Wells, where he worked for nine years. Prior to joining Jackson Wells, Benjamin was a journalist with Australia’s only national broadsheet newspaper, The Australian, working in Sydney, Melbourne and as a political journalist in the Federal Parliamentary press gallery in Canberra.