ITL #181 Ethics: the heart of leadership


Even when under pressure from bosses or clients, public relation practitioners have a responsibility to ensure corporate messages are truthful and accurate. By Kirk Hazlett.

For many of us, it’s a daily occurrence…a “gentle” reminder to a superior, a cautionary note to a colleague, a polite but firm “no” to a persistent journalist. As public relations professionals, we are constantly challenged by others to “bend the rules” with the assurance that “no one will know.”

And, perhaps, that may be the case…this time. But the gate has been unlocked; it has now become easier for other actions to slip through the ever-widening opening.

We’re all human beings, though, and we take our cues from those whom we have acknowledged as our leaders. If “the boss” sees a misleading statement to the media as appropriate (ethical), how, then, might we respond when confronted with what we perceive as a similar situation?

Let’s be practical, though. Not everyone in our organization is attuned to the concept of “open and honest communication” on behalf of clients or employers. Rather, the attitude often tends to be “whatever it takes” to get the job done.

That’s where we, as public relations professionals, come into play. Not only are we charged with crafting and disseminating corporate messages to key audiences; we also have the responsibility for ensuring that those messages are based on truth and accuracy. Our focus is (or should be) on providing our audiences with information from which they can form opinions and take appropriate action.

As Edward L. Bernays, arguably the “Father of Public Relations,” said so well more than half a century ago in “A Definitive Study of Your Future in Public Relations” (Richards Rosen Press, 1961): “Attempts to build a reputation for social worth, when in fact there is no such social worth, are like printing paper money without bullion in the national treasury to support it. They are unethical and stupid. The result for the public relations man is eventual professional bankruptcy.”

However, ethical awareness is not a “once in a while when you need it” concept. Ethics education and advocacy should be an ongoing initiative.

The Public Relations Society of America, for example, in addition to its annual month-long series of ethics-specific programming in September including webinars, twitter chats, and blog posts, provides its members with ongoing education at its international conference as well as monthly and quarterly local chapter meetings.

Moreover, throughout its existence IPRA has been a staunch champion of ethical behaviour in the field of public relations. In 2011, it consolidated various codes drawn up over the decades into a single document, the “IPRA Code of Conduct” updated to reflect the age in which we now live. The Code can be found here on the IPRA website.

But valuable activity of this kind by the PRSA and IPRA is merely laying the foundation for broader awareness at all levels within the organization, including corporate leadership. It is up to us, as communication professionals, to do just that…communicate the importance of ethical practice with examples of unethical actions that help others within the organization to understand more fully what we, the communicators, are saying to them and why we are doing so.

Ethics education and awareness within the organization isn’t going to happen on its own, however. It falls on our shoulders as thought leaders to do just that…lead by example. Not only must we be fully conversant in the guiding principles of our profession; we must be vocal, visible advocates for ethical conduct.

A dose of realism

We also must be realists, however, and recognize that our mission may not be greeted with open arms and warm smiles by all. There will be the naysayers and the skeptics who maintain that “they (our competitors) are doing it, so why shouldn’t we?”

Halfhearted responses are not going to work in these instances. Nor will a threat of some form of punishment. We must be prepared both mentally and emotionally to present and defend our rationale.

Again, to borrow Mr. Bernays’ thoughts: “The public relations man owes his client conscientious and effective service. He owes his client conscientious performance of those duties that the professions assume in relation to those they serve: honesty, integrity, and discretion. But there is one obligation that transcends all others – that is, that he never accepts a retainer or assumes a position that puts his duty to the groups he advises above his duty to his own standards of integrity and to the larger society within which he lives and works.”

Ethical thought and practice must be the hallmark of our profession if we are to harbor any hope of universal respect and recognition. And to achieve that, we, individually and collectively, must take the lead in advocating for adherence to the ethical standards of our society.

As one of my favorite quotes from my active-duty military days went: “Either lead, follow, or get out of the way.” Are you a leader or a follower? 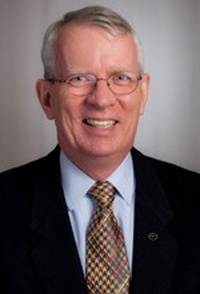