ITL #180 Sharpening up: crisis communication in the era of slogans vs. substance


Keeping it simple is often the key to achieving cut-through. But danger may lie in oversimplification. By Nikhil Dey.

Just one word capturing a complex issue, with both build-up and repercussions impacting the whole world. Affecting lives, businesses, economies. Involving feverish campaigning, heightened emotions, and sadly, even an assassination.

And how was this issue decided? With a referendum where all complexities were filtered out and all that remained was a simple binary: ‘Remain’ or ‘Leave’.

The new reality of crisis and issue based communication is best described as the battle between slogans and substance. Slogans are needed to simplify the complex (which most critical issues are) and substance then falls at the altar of this oversimplification, which reduces everything to a binary ‘yes’ or ‘no’ position.

KISS, or Keep It Simple Stupid, seems to be the new mantra for success. Those involved from the inside understand the nuances, the layers, the complexities. But to the outside world and for most stakeholders, the narrative is usually distilled down to bare bones. And every person associated or impacted (and increasingly, anyone with a voice and an opinion) has to choose a side.

Let me give you another example—and this one from India. Facebook’s initiative, Internet.org, or Free Basics, as it was later called, started out as an idea appreciated by a lot of people. After all, in an internet-hungry country, giving away connectivity for free should be a good thing—even a great thing!

And yet, twice over now, the voices opposing it have been able to convince public opinion to go against the initiative as they felt the company in lieu of providing free internet was taking away the right to choose from millions of Indians who had no idea what the internet was, or what it could do for them.

This has been a multi-layered issue, with stakeholders from various walks of life involved. For those who haven’t had their first brush with the internet—and can’t afford to—wouldn’t free internet give the perfect opportunity to explore it?

And won’t the growth of telcos, if it happens through this route, be a good thing for the overall spread of internet in the country? These were just two of the many stakeholders involved—the others included the Telecom Regulatory Authority of India (TRAI), internet activists, and of course, Facebook. And yet, after months and weeks of both sides campaigning in the media, in live events and, obviously, on the internet, it came down to this—sign yes or no on a digital petition on ‘Save the Internet’ to the TRAI.

How many of those who voted, with a noble intention I’m sure, to save the internet really understood what they were voting for or against?

So what does this mean for crisis managers? Well, at the very least, it means getting sharper with the message. If the message has to be narrowed down to the very basic, we need to ensure that we do this distillation at our end first and then control the message that is going out. In a conversation recently, a friend said that by naming it ‘#Brexit’ the ‘exit’ was a foregone conclusion.

That is not to take away from the work that the ‘#BRemain’ camp did and the campaign they ran, but the fact is that in light of what happened, you do wonder if the name had a subconscious impact.

Controlling the message is, as my colleagues would understand, one of the universal truths of crisis communication. Framing the narrative, even if it’s in the form of a hashtag, is then a more intense process.

The sharpness I mentioned can’t just be limited to the message. It needs to go to the other established tenets of crisis comms as well.

At the speed of talk

I recently heard at a talk that while a goldfish’s attention span is 9 seconds, our own attention span on the internet has dwindled to 8 seconds! Add to that the fact that today, almost every crisis either breaks out on the internet or is hugely amplified on it. Media has moved from a 24-hour cycle to minutes and seconds. Before you can even grasp it, the issue has flared up and gathered steam online.

Speed of response, therefore, is even more critical today. And the only way you can even hope of responding at this speed is if you have had robust crisis response drills to prepare yourself.

The paradigm of preparedness has changed, along with the paradigm of speed in a crisis. So our drills too need to change. More focus on digital media and intense scenario-building workshops now take centre-stage.

Another thing affecting how the crisis plays out—especially when things have to be brought down to yay or nay—is your existing relationship with your stakeholders. If the relationship is one of trust, responsiveness and reliability, it is easier for them to pick ‘yay’ for you.

Another Indian example is what happened when Nestlé’s Maggi Noodles, a 30-year-old brand of instant noodles, faced a ban. For the average Maggi loyalist—and there were thousands of those—the instant noodles were staple food.

Even as the issue was playing out—in the courts, in the media, in the market—the refrain from Maggi-lovers was constant: #WeMissYouMaggi. And while the case was obviously tried on its own merit, public opinion did play a big role in it. And most importantly, when Maggi did come back on the shelves, the welcome was unlike any other for a brand.

In times of shortening attention spans, the oversimplification of issues and crises is something we will not just need to accept but anticipate and control. The fact remains that the Readiness-Response-Reassurance-Recovery model will continue to be the pillars of crisis management, but each of these will now need to be more intense, more robust and yet, more agile to deal with the changing realities of stakeholder engagement. 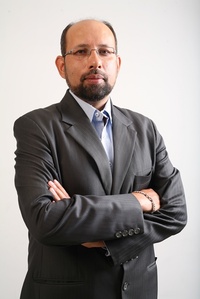 Nikhil Dey, President, Genesis Burson-Marsteller, has been named by PRWeek as one of the most influential PR professionals in its Global Power Book 2016.