Insufficient attention to the importance of strategic corporate public relations may have been a factor in the outcome of the Brexit vote. By Jane Hammond.

Was the European Union’s case put well during the UK’s recent referendum or should it have been more forceful?  Do senior European Union officials understand the extent to which public relations, to be effective, must be embedded in the management of any organisation?  When I asked the widow of a senior Eurocrat about the EU’s attitude to this issue, she replied that they felt it was not appropriate to spend big sums on public relations.

My response to that was that public relations does not require huge sums of money as does advertising or sales promotion for messages to get through, but that it requires above all the right individuals to develop and implement a strategy working at top management levels for any organisation.  And, of course, it also requires informed awareness by an organisation of what public relations can achieve for it.

Roger Haywood, for many years an IPRA member, says: “The EU’s public relations staff are amongst the best professionals in the business.  At any one time, the EU advertises for 40 or 50 public relations professionals for various roles in the organisation and associated bodies.  Arguably, they are not nearly so effective in the areas of strategy and the quality of advice they can offer, because of the lower levels at which they report.

“For the EU to benefit fully from the advice of their professionals, these people must be advisers to the senior management including the chairman or the most senior management executive, giving them top level access at all times.

“At the moment, for too many, their roles and the seniority in the organisation make much of their work practical and tactical, but their influence on aspects of policy rather than just media and communications, is far less well established.  This should change over time and I do hope that the leaders of the EU understand that their public relations professionals must have a role in the development of corporate strategy and not just in organising communications.”

IPRA members and others may recall that I recently contributed a Thought Leadership Essay putting the case for suitably qualified members to give whatever pro bono advice they could manage to Rotary Clubs and Districts in their own countries.  As I pointed out in that essay, this is already happening in Bulgaria, where IPRA past President Maria Gergova is giving pro bono advice through her consultancy, United Partners (UP), to Rotary Clubs in that country and is continuing to do so for the Rotary year 2016 to 2017.

While such an arrangement demands a high degree of commitment on the part of the consultant concerned, there are two possible advantages to it.  One is that such a relationship might result in new business:  the consultancy already has one client on a regular retainer that came through the partnership, which is planning to extend its services outside Bulgaria.  UP is now developing a proposal for an international company.

The other advantage is the great opportunity such a relationship offers to carry out really serious education of the ‘client’ (in this case a charitable membership organisation such as Rotary) about the merits of strategic public relations as practised by practitioners who are properly qualified vocationally and/or academically and by experience.

I was one of the first 69 practitioners to take the CAM Diploma in 1974, when there was a concerted effort by the Communication, Advertising & Marketing (CAM) Foundation to build up a body of qualified practitioners.  We all had several years of working in executive public roles, so we were offered fast track entry via an intensive weekend course and a written exam set by CAM.   Since then, as practitioner, lecturer, Golden World Award judge and examiner, I have welcomed the tremendous growth of public relations qualifications and the eagerness, particularly on the part of young people, to acquire them.

Getting practitioners qualified is however only half the story.  I am dismayed by the extent to which so many potential employers and clients, in whatever sector, still appear to lack a basic understanding of what public relations can achieve and what type of people should be employed or retained to carry out this work.

Insufficient attention to the importance of strategic corporate public relations may have contributed to pitching my native country into its Brexit nightmare with gloomy prospects for the future.  It can also have dire consequences for any company trying to maintain staff morale in the face of job cuts – which all the pundits say are likely to be numerous in the post-Brexit future.  After all, public relations is inter alia about managing relationships as well as attitudes.

So what can IPRA and its members do about this?  Is it time for IPRA to produce a Gold Paper about educating managements?  Should there be a category in the Golden World Awards focusing on this issue?  Employers and clients need to have a clear, informed idea of what to expect from their public relations specialist.

The target audiences to address for such a public education campaign are numerous.  Firstly, there are company directors, in the UK represented by the Institute of Directors.  Then there are the proprietors of small companies, represented by the Federation of Small Businesses.

The trade unions certainly need educating.  As an active member of the NUJ’s Public Relations Branch and formerly a member of its Professional Training Committee, I am horrified at its lack of appreciation of public relations strategy.  Its training programme of short courses includes excellent skills-based ones.  There is a course on media relations and writing skills, which ought to come naturally to any NUJ members transferring from journalism.  There are also courses on many specific skills:  video-journalism, website development, photography and many others.

When I asked what had happened to the two introductory and advanced relations strategy one-day courses I had designed for the NUJ Training Committee with input from another IPRA member, Jacqueline Purcell, I was told there was no demand for them.  This I believe is because no one realised how important they were for anyone moving into public relations practice and I felt my training committee colleagues were wrong.

The proof of this was brought home to me by one of my NUJ PR & Communications Branch colleagues, who handled media relations for a trade union.  Knowing that I ran training courses, she came up to me after one branch meeting and told me that she had applied for a job with a trade association, where it was clear that her current experience would prove relevant.  The interview was going well until she was asked a question about strategy and how she would develop it for her new employer.  This question proved her undoing, as she was unable to answer it.

By the time she approached me, she was applying for another job, again with a trade association, and she asked my advice about how to deal with a question about strategy if she was asked it again.  Fortunately I was running a week’s public relations strategy course for some Nigerian executives from a parastatal organisation and was able to give her a place on it.  This time, she got the job.  More public education in what public relations is might have saved her the first time round.

The target audiences to address include directors of large companies, proprietors of small companies, those working for trade unions, other membership organisations and those working in the financial and public sectors.

In other words, they need to have a clear, informed idea of what to expect from their public relations specialist.  This is why a sustained public education programme about strategic public relations and what it can achieve remains so necessary.

Such a programme, especially supported by the national public relations bodies in each country, could eventually make for better understanding of what public relations is.  It cannot do any harm and, if it makes for better opportunities for public relations practitioners to exercise their talents more effectively for employers and clients, could be mutually productive. 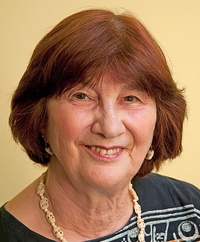 Jane Hammond, FCAM FCIPR MIPRA, is a journalist and public relations management training consultant and lecturer. She edits Rotary’s quarterly magazine, Rotary in London, and sits on London Rotary’s District Communications Committee. She is a judge for IPRA’s Golden World Awards, holds the CAM Diploma with Distinction, was a CAM examiner for two decades and is a Fellow of CAM and the CIPR, as well as a member of IPRA.