Michael Goodman talks us through a benchmarking study on Corporate Communication in Greater China before addressing the role of business in public diplomacy.

Full results will be presented by Dr. Jian Wang (principal report author and Assistant Professor at Purdue University) and myself at The Association for Business Communication’s annual international conference in San Antonio, Texas in late October, and in New York City in November.

The study was conducted through a partnership with CCI, Beijing Horizon Research Group (one of the leading market research companies in China), and Dr. Wang of Purdue University. The research was underwritten by Prudential Financial.

Twenty-three Chinese companies took part in the survey. The inclusion of companies of varying sizes in a variety of industries provided some ‘representation’ of the Chinese enterprise landscape. And four follow-up interviews with Chinese communication executives were held to better understand the issues addressed in the study.

Key findings from this benchmark study of corporate communication practices and trends in Chinese companies reveal a robust growth and development of this strategic management function. For Example:

I’d like now to move on to the separate topic of business and Public Diplomacy. Business has a considerable role to play in Public Diplomacy, which was defined in 1965 by diplomat Edmund Guillion, and later Dean of the Fletcher School of Law and Diplomacy at Tufts University, as dealing with the influence of public attitudes on the forming and carrying out of foreign policy.

It is an activity in international relations beyond traditional political diplomacy that includes actions by governments to ‘cultivate’ public opinion in other countries and to communicate with foreign correspondents. It is also the country-to-country interaction and intercultural communication of private groups such as businesses.

Substantial agreement now exists that global business can and must act to solve problems that have often been handled by government. In the decades following the end of the Cold War, government systematically backed away from issues of economic development, as the ‘conflicts’ at the core of the aftermath of World War II seemed to evaporate along with the fall of the Soviet Union. However, the economic and social issues that were masked during the ideological conflict of the Cold War surfaced, as did the suppressed desires for political and social ambition.

Excesses in the emerging market boom took center stage at the end of the 20th Century and the beginning of the 21st. In particular, American businesses were, and are, faced with eroding trust in the wake of global scandals, the perception of globalization as exclusively an American initiative, and a widespread disagreement with US policy abroad, particularly with the military involvement in Iraq.

There is, however, agreement that action must be taken, and that business can and must act. The role of business is more vital now than ever, as businesses, even small ones, are global in their practices. And as the internet and new forms of digital media make communication instantaneous and ubiquitous, the call to action is even more urgent.

Business has rediscovered its purpose in this context as global citizen, expanding beyond Nobel Prize winning economist Milton Freidman’s definition more than three decades ago that the purpose of business is to create wealth for its owners, within the rules. The understanding of owners has expanded to include:

Now the role of business as citizen reminds us that corporations must behave as good citizens, or lose their license to operate. All business, as legendary AT&T executive Arthur W. Page observed more than three quarters of a century ago, begins with public permission and exists by public approval. And that a company’s enlightened self-interest will also cause it to contribute to the social good within its own areas of competency at the intersection of society’s needs and its own interest.

And as Baruch Lev and others have observed, more than 50% of the market value of a business can be attributed to intangibles. Indeed, institutional investors now make a substantial percentage of their decisions based on the intangibles they see in a corporation.

Global corporations can adopt guiding governance principles, particularly for countries where the rule of law does not exist, or laws are not enforced, to short circuit poor social and environmental performance. To overcome an obsession with the short-term management they can adopt a long-term performance model. To create a culture of accountability, they can adopt a policy of transparency based on a clear communication of their progress, and by aligning with other initiatives such as the Global Reporting Initiative (GRI).

They can also build relationships with numerous constituents by engaging in a multi-stakeholder dialogue on key issues. And this way they can manage and narrow their reputational risk exposure through proactive stands on critical issues.

Global companies and their brands touch the lives of more people than government representatives ever could. Businesses have often served a larger role in our society than that of carrying on the activities of commerce. From Marco Polo to Bill Gates, business professionals have acted as diplomats and as a global force for good citizenship.

Business professionals in global companies are more likely to be citizens of the country they are in, as well as representatives of their companies. They then can serve a diplomatic function because of their cultural sensitivity to their own environment as well as the world at large and the global enterprise they work for. The role of business now includes public diplomacy. In a world of instantaneous media coverage, transparency, and intangible value drivers, a successful company will welcome this diplomatic challenge. 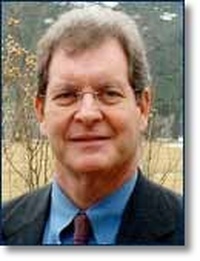