Highs and Lows at Heathrow Terminal 5


BAA made a strategic PR error during the countdown to the opening of Terminal 5. Now, reveals Damon Hunt, reputational issues are being addressed by letting the building speak for itself.

Even long before the first sod of earth had been turned, Heathrow’s Terminal 5 had been subject to years of intense scrutiny from the media, politicians and public opinion. BAA first submitted the planning application for Terminal 5 in February 1993. This then triggered the UK’s longest ever Public Inquiry, which ran from May 1995 to March 1999. Construction for the controversial project did not begin until the Summer of 2002, nearly thirteen years after the Richard Rogers Partnership won the design competition in 1989.

However, once construction began, Terminal 5’s reputational fortunes began to change. The construction project was extremely well managed and consistently hit its ambitions. The community began to benefit from the 60,000 jobs the project created and it set new standards in health and safety. As Terminal 5’s momentum increased, the building and design awards began to flood in. Finally, the UK had an infrastructure project to be proud of.

As the 80,000 tonnes of structural steel and 1.3 million cubic metres of concrete began to take shape, a positive perception of Terminal 5 began to crystallise too. It was on time and on budget. A beacon of competency and achievement. It was also a treasure trove of PR stories. A £4.3 billion iconic construction project which was actually going to plan was an easy thing to sell in, especially with the impressive visuals that go with it. So, presented with such a golden opportunity, we exploited every possible PR opportunity…. and, without being modest, were quite successful too.

However, towards the end of 2007, as the actual construction drew to a close, we made a strategic mistake – we should have ramped down the PR. When one considers the fact that virtually every major airport terminal opening in the last two decades has had severe operational difficulties, we should have changed tack and reflected upon the maxim ‘under promise and over deliver’.

Unfortunately, with the testing of the building still providing great results (we put nearly half a million bags through the baggage system and had 17,000 volunteers trial the building), we continued to surge forward with the old adage ‘make hay while the sun shines’.

Two weeks prior to the start of operations, Her Majesty the Queen cut a metaphorical ribbon at the terminal’s Royal launch. The UK celebrated as international news coverage heralded the opening of this £4.3bn success story – a shiny new gateway to the UK which showcased the best in British design and engineering. Analysis of the coverage showed that the event generated over £5 million AVE (a clumsy measure, I know) and appeared in more than 1000 broadcast and print items around the world (excluding web hits).

The actual opening was not expected to be without its issues. Public anxiety fuelled by the media about the use of biometric technology forced the withdrawal of this technology at the last minute. An anti-third runway protest was also expected. However, we had created an expectation that this fantastic new piece of infrastructure was going to work and work well.

These issues alone were enough to concentrate PR minds on ‘what if’ scenarios. However, the thought of a significant operational breakdown were beyond the bounds of reasonable comprehension – a perception endemic throughout both BAA and BA. It was only much later that we discovered there were in fact concerns held within both organisations about Terminal 5’s operational readiness which had not been sufficiently aired.

Accompanied by more a hundred journalists and a dozen satellite trucks, the early impression on the morning of 27th March 2008 was that things were going great – at least up on the departures board. Behind the scenes, however, ‘teething problems’ were already mutating into isolated operational incidents. By 10am, the warning bells were starting to ring but it was already too late and the almost invisible, fast moving ripple suddenly came crashing down over us.

Very quickly images of furious passengers dominated news coverage, and all of a sudden Terminal 5 became another great British foul-up.

With hindsight, of course, it is easy to see why Terminal 5 crashed from its pedestal.
Days before the start of operation a joint press conference was held where both BAA and BA confidently predicted that Terminal 5 would be a modern marvel. Given the perilous state of BAA’s reputation since the liquid bomb plot in 2006, this presented the media with the perfect opportunity to tear down the last of the company’s credibility.

The resulting coverage was rightly scathing and cut deep across the business. What was particularly galling was that the damage was self-inflicted and could have been so easily avoided. The building itself, aside from a few very minor issues, was fit for purpose from day one. The problems that manifested on opening day were mainly human mistakes or lack of familiarity with the building.

From a PR perspective, the damage limitation strategy was centred on fixing the problems as quickly as possible rather than pointing the finger. Aggrieved passengers didn’t really care who was to blame and, although they rightly expected an apology, all they wanted was the terminal to work.

Despite the shambolic opening, within days of the initial chaos, Terminal 5 was delivering the top tier passenger experience that had been promised and its gleaming lounges were full of happy passengers.

Recovering Terminal 5’s reputation will be a slow process. The terminal is now providing British Airways with its best ever punctuality figures and 99 per cent of passengers clear security in less than five minutes. In recent months, journalists have been given tours which have confirmed the rumours – Terminal 5 is a fantastic facility.

Its first birthday in March presents an ideal opportunity to invite its detractors back and let the building speak for itself. The challenge is moving the story on so that eventually Terminal 5 is no longer associated with its opening but instead becomes a byword for an efficient, passenger focused, world class facility. 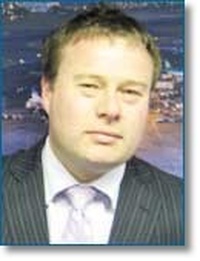