It does not fail to amaze me how people can both love a powerful car and scold the auto industry for apparently missing the trend (to be sure: low-emission and fuel efficient cars). It somehow seems as if consumer preference and industry output do not have much to do with each other.

Politicians, no doubt, have understood this phenomenon very well. They know that personal choice will often be quite different from society’s needs and desires. And they also know that it is usually much easier to regulate an industry than to change a consumer and voter.

The automotive industry has experienced this recently, facing a much-commented EU regulation to reduce CO2 emissions from cars where the legislator chose to restrict tailpipe exhaust or, in other words, decided to focus on technology to deliver solutions. Now, there is no question that car technology should play an important role in ensuring ‘greener’ mobility. But it is remarkable how the more direct involvement of consumers has never been a real consideration: there is no proposal yet to influence the choice of transport or reduce overall traffic growth, which lies at the heart of the problem.

And the EU is nowhere to be seen with regard to influencing consumer demand, which is, ultimately, the most efficient way of making industries respond.
Still, this article is not about cars and CO2; it is about the role of communications in government affairs and more specifically about a shared communications effort by an industry as a whole.

The automotive industry felt the need to develop such a strategy in light of the CO2 challenge. And though it did so successfully, it was not easy.

In the EU capital, the steady and increasing stream of regulation coming from the EU has led to a strong tradition of dialogue between businesses and regulators. Trade associations are a valuable tool, as alliances are inevitable in a multi-national and multi-interest environment such as Brussels. There is generally a strong agreement regarding the added value of a joint approach in public affairs.

Much less widely established, however, are strategic and pro-active joint communications and public relations. Perhaps it is à contrecoeur: in the market place a business needs to distinguish itself from its competitors to ensure or gain market share.

It is in the natural way of a company to be competitive and to secure the wellbeing of its products or services. This includes, not in the least, guarding brand and corporate images. It can be quite difficult to publicly address a cause together with a competitor for the simple fact that the other one would profit too.

For a communications team at a trade association this often means two things. It may end up dealing with the ‘bad news’ while the positive messages are claimed by individual companies, the association’s members. Second, the common messages that do emerge may be reflecting the lowest common denominator and can often be concluded too late to play a leading role in the public debate.

Times are changing, though, as a number of developments leave no other choice. NGOs, politicians, media and legislators increasingly address whole industries as an actor in society. They ask whole sectors or groups of companies to respond to pressing questions and they demand timely answers.

NGOs are playing an important role in this evolution: their main tool is influencing public opinion and they are often masters in doing so. In parallel, there is the trend of the media becoming increasingly ‘social’ with the massive use of Internet forcing a change in the legislative framework as well. Policymaking is, in many ways, becoming less predictable.

Companies increasingly realise that their sector’s government and public affairs must be equally matched by strategic communications and public relations in an effort that exceeds their individual reach. There is acknowledgement that industry image affects company image and vice-versa. If there is indeed, as trend watchers claim, a ‘Generation We’ emerging among today’s teens and adolescents, there is equally such a development visible within the business community. Next to ‘us, the company’ there is now also a ‘we, the industry’.

For trade associations, this means change as well. They may have to adjust their organisation and staff. And where there are traditions to modify, there will be a struggle to overcome. Communications and public relations can, for example, have a different approach and timing than public affairs and this needs to be discussed and agreed on from the start. Then, it is up to the sectors’ communications professionals to convince with the right balance between quick action and solid proof.

It helps a lot if companies assign strategic communicators from their headquarters to a task force in the trade association to establish a network among themselves, regularly exchange views; to set a few clear and tangible goals for joint communications and agree on a set of basic, straightforward views to ensure substance to their industry voice.

They can only be successful with backing at board level, including those responsible for government affairs. And all this, it is important to say, must be realised without being overly ambitious or in a hurry. Creating trust and building confidence in a joint approach needs time. Luckily, in Brussels, most things take ample time. It is still not too late. 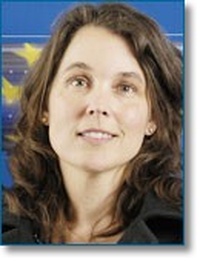 Sigrid de Vries is director Communications & Public Relations of the European automobile industry’s trade association ACEA. A professional journalist, she covered politics and the economy for a Dutch financial daily from Amsterdam, Brussels and Berlin before returning to Europe’s capital in August 2006 to continue her career as a specialist in strategic communications. At ACEA, her tasks include image management, media relations and crisis communications.