The University of Copenhagen takes differing approaches to its domestic and international communications. Anne Dorte Bach explains why and looks at the role PR can play in attracting funding for important academic research.

At the University of Copenhagen we have a mission to increase our international visibility. There are a number of reasons for this. As a public university, the University of Copenhagen has an obligation to use our research to the benefit of society, e.g. by sharing the latest research results and disseminating knowledge. This obligation is concretized by, among other things, a specific aim to increase our press coverage nationally and internationally by a certain percentage every year.

As we also have a specific aim to attract more external funding for research, and to attract more international researchers and students, it is convenient if the continuing efforts to meet our goals can complement each other. As our advertising funds are low, we try to get as much free coverage as possible. And we like it to pay off one way or another.

We use different approaches when it comes to working with national or international press. When conducting national PR we often give solo-stories to certain newspapers, radio or television stations. Being the most prominent university in Denmark, we are relatively spoiled when it comes to national media attention, and both research and organizational news are fairly easily placed in the media.

When we aim for international publicity, however, we have a very different starting point. In this context we are a somewhat unknown university from a small northern country and we battle thousands of other universities for media attention. We send out research news in press releases to lists of reporters, we use research-focused mailing services http://www.eurekalert.org/ and http://www.alphagalileo.org/ and we sometimes (very rarely) invite international reporters to press conferences or other events at the university. We do not normally work with PR agencies, although there can be certain large-scale events that invite such initiatives.

An interesting difference between our national and international press work is that we usually focus on newspapers, radio or television when reaching out to the Danish media, but when it comes to getting international press coverage we tend to focus on internet media (e.g. news sources and blogs). One reason is that there are an enormous amount of international blogs or news-resources that focus on a particular branch of research, e.g. nanotechnology.

This means even complex research news that would be difficult to place in a daily newspaper has a life on the web where it targets those particular audiences (researchers, investors) that have an interest in a specific subject. Furthermore, certain stories can spin around the web on blogs etc. and suddenly come around again – the soccer story mentioned below took two or three turns over almost a year where it each time spurred a minor wave of international web media coverage.

In 2007, a research group from the Department of Exercise and Sports Sciences undertook a project on the health and performance effects of recreational soccer versus jogging. The research team tested untrained men age 25-40 to see how they responded to either jogging or soccer practice from both a physiological and a psychological point of view.

The results showed that soccer practice was more beneficial in practically every aspect tested (increase in muscle mass, bone mass, weight loss, fitness, cholesterol etc.) than running as an exercise form. Moreover, the men in the soccer group generally seemed to enjoy the sport more and felt training to be less hard than those running.

The research results were presented at a conference and a press release was written and distributed to the media so as to spread the findings to a wider audience. The research team had already applied for, but not yet received, more funding to do another project testing women instead of men. This was mentioned in the press release with the name of the foundations from which they had applied funding. The idea was that the foundations would hear of the project through the press and this would further induce their desire to support the project financially.

It did pay off. The story went around the world and the research group received a generous donation from one of the foundations mentioned in the press release – likely due to the heavy publicity.

Is it worth the effort?

One of the challenges we face is how to measure the exact effect of our PR work. Do we attract enough funds, researchers and students for it to be worthwhile for us to increase our focus on international PR? And can we even begin to measure the effect and importance of sharing knowledge?

We use several different media survey systems to keep track of our publicity. From that we can see how much our publicity increases quarterly or annually. But it doesn’t tell us anything about the impact our publicity has on our ability to attract researchers, students or funding. Over the past few years, since we began focusing on this aspect of communication, we have experienced a rapid increase in international press coverage but we are still struggling with how to equate publicity with payoff.

If we put aside the direct idea of payoff, there are certain other aspects that justify our focus on international visibility. For instance, there is the gratification our researchers experience when international journalists show interest in their research.

We have yet to experience a researcher complain about the many hours spent on talking to reporters from around the world when we showcase their research in international press releases. They enjoy the interest in their work, and for some of them, the press coverage has led to new research collaborations worldwide. 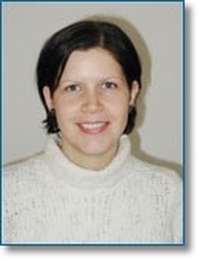 Anne Dorte Bach is editor of www.ku.dk/english and international press contact for the University of Copenhagen, Denmark.