Rebuilding the License to Operate


Businesses have lost standing and respect amid the economic carnage and will have to be more inclusive, contrite and accountable in order to regain trust. By Richard Edelman.

The events of the past year have cast serious doubt on the role of business in society. This is far worse than the implosion of a decade ago, when new-era companies such as Tyco and Global Crossing were exposed as fraudulent. The repeated violations of trust by major corporations, in failing to anticipate changes in markets and having to resort to government bailouts, have shocked the public.

Trust in the CEO as spokesperson has hit an all time low of 17% (lower even than post-Enron). Seventy seven percent of Americans say they trust business less than a year ago; trust in business in the US now approaches the levels exhibited in France and Germany at 38%.

The new consensus is that government needs to more closely regulate the private sector and that government should take the lead on key issues such as financial market reform or affordable healthcare. In this next period, new rules will be established for the co-habitation of business and government. The limitation on pay for the top 25 executives of Wall Street firms is but one telltale sign of this very different relationship; so is the criticism by elected officials of travel and entertainment expenses.

There is a way for business to push back constructively in its dance with its new big-footed partner, government:

1. Explanation and Contrition. No forward movement is possible in this relationship without an examination of the past. Companies should be willing to acknowledge misjudgment, and yes, even error. There should be lessons learned, policies amended, personnel changed in the process. The more specific the information, the more likely it is to be credible. For example, “We anticipated that the maximum decline in housing price would be 20% but the decline has proven to be 35%.” There must also be a clear statement of contrition, not a fuzzy “once in a lifetime market circumstances”. Executives should acknowledge personal failure and apologize to shareholders, customers and employees alike.

2. Appreciation for Change from Shareholder to Stakeholder. CEOs must change from a uni-polar world of investors and analysts to a broader definition of audiences that puts employees first in line in the need to know. There should be a recognition of implication for society in any action, from reduction in force to decision to relocate production to another facility.

3. Presentation of Long Term Vision. The company needs to solicit buy-in for its future direction. Rather than keeping strategy as a matter for the board of directors alone, the CEO should share the vision with its broader publics. This will enable its new investor (government) to have the public support for a long-term view instead of being forced into short-term measures. This test was failed by the auto companies when they went to Washington; the CEOs were there to answer questions and ask for money. The rationale must be more than “we need the money to survive.” It must be, “Here is our plan to invest the money in transforming this industry.”

4. Accountability. Just as private investors would expect a regular reporting of results, the government investor will demand a new level of transparency on use of funds. This has been lacking in the present bank bailout, where there seems to be little progress in flow of loans to small and medium sized enterprises. There should be an ombudsman or external advisory board charged with the delivery of the accounts to the public. Business must also explain why it needs to conduct its affairs in a certain way, why independent sales agents need to be entertained by the company to generate sales, why incentive travel or bonus payments are important to optimal performance.

The new expectation of business is to make the case for policy in advance of action. The chief executive is an important but not sufficient proponent of a program. Employees become a critical source of support, as do enthusiastic consumers.

Independent experts, including professors and financial analysts, are seen as impartial arbiters with all-important credibility. Non-governmental organizations become valuable associates in pursuing social benefit. Measurable guideposts must be created so that all stakeholders can assess progress against commitments.

It is now time for business to embrace partnership with government and other stakeholders to assume societal acceptance. There is support for a broader role of the corporation, beyond the Milton Friedman aphorism that the only job for business is to generate profit.

As Frank Riboud, CEO of Danone, said, “It is in the interest of the enterprise to take care of the economic and social environment, to create value for shareholders but also to create value and wealth for customers, employees and regions where the companies operate because our company is an economic and a social project.” 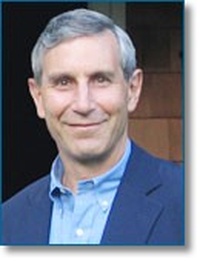