You don’t have to look far to find negative headlines about how the financial world is ‘in meltdown’, ‘crashing’ and ‘crunching.’ There is an argument that says negative headlines such as these can often exacerbate the problem by constantly ‘beating the drum of despair’ and creating self-fulfilling expectations.

The bombardment of negative headlines makes us feel anxious about our financial futures. Moreover, it seems that for Africa, negative headlines can have an effect on investment flows. For a continent that desperately needs strong private investment in order to become economically competitive, we may have underestimated the role business media has on Africa’s development.

The relationship between media and investment

Africapractice recently conducted a study suggesting that increased business coverage has played a role in increasing investment into Africa over the past five years. Commissioned by Diageo, the study reveals that expanding capitalisation, increasing growth rates and improved liquidity have attracted more investors into the continent.

“The boom in commodity prices has created awareness about economies like Nigeria and attracted investment into wider sectors like FMCG and retail. This is an example of how information about one kind of opportunity boosts interest in another”, says Nathan Mintah, Kingdom Zephyr Africa Management Co.

Africapractice interviewed eight media houses and 36 investors across four continents with a combined portfolio of around US$20 billion under management in Africa. The study concluded that African business coverage both reflects and dictates investor sentiment. It also has the ability to reach both those invested in the continent and those that are not, making it the primary conduit of financial information for mass audiences.

“The Economist’s coverage of business and financial stories from Africa has been driven in recent years by the region’s good economic performance and the growing interest from foreign investors who now realise that returns in Africa can be very good,” says Caroline Lambert, former Southern Africa correspondent for The Economist.

“There is always a gap between perceived risk and actual risk, particularly in Africa. People on the ground have a very different perception of risk to those far away. The media has an important role to play in helping to bridge the gap,” says Ralph Keitel, International Finance Corporation.

The media is an important source of information for investors. It influences the rate, scale and location of investment flows to Africa. As African business media becomes more sophisticated and increases in frequency and breadth, it will play a more central role for investors.

A glimmer of light in economic gloom?

So how exactly will African business media and investments flows be affected by the current global economic recession? Before we released the study, we updated our findings given the change in economic climate.

The Economic Intelligence Unit forecasted Africa will be the fastest growing region in 2009, with Sub-Saharan Africa performing better than other emerging markets: 15 of the top 20 performing economies are expected to be in Africa. In a world starved of positive economic news, the onus will be on the media to accurately report the economic development in African nations.

The global recession and Africa’s out-performance combine to make 2009 a critical year for the continent. If global media gives African business enough airtime and African journalists continue to improve their financial analysis and acumen, then there is a real potential for media to strongly influence and drive investment flows during the global recession.

However, Africa’s economic performance takes place against the backdrop of foreign investment flows drying up during this year and next. So even though some African economies are strong and growing, they will still be competing with other countries to attract investment. African business coverage therefore needs to remain accurate and realistic, as well as persuasive and engaging.

Of course we should not place complete responsibility for Africa’s ability to attract investment on journalists; as public relations professionals we have the opportunity, and responsibility to tell Africa’s success stories loud and clear. We are often the first to find out about business opportunities on the continent and it is therefore our job to ensure these stories are communicated widely and that Africa gets a fair share of voice in the international media. 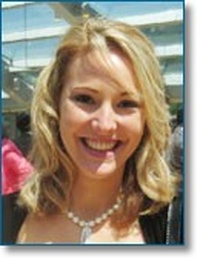 Camilla Flatt is africapractice’s head of corporate citizenship and is based in the company’s London office. Camilla was worked with multinational companies operating in Africa such as Nestle, Diageo and African companies during her time at africapractice. 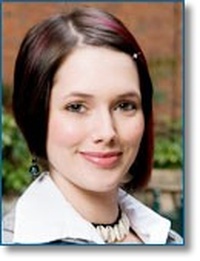 Jo Crawshaw is a consultant based at africapractice London and specialises in strategic communications and media relations. She has worked with a variety of multinationals in Africa as well as providing communications services for various African governments. She sits on the secretariat for the Africa Business Reporting Awards sponsored by Diageo.