With the World Cup taking place, 2006 was the big year for worldwide football euphoria. Dresdner Bank recognized the enormous communication and sales opportunities this posed at an early stage. A communications project therefore needed to be found that would combine football and the financial markets and exploit the expected high level of football awareness from 2006 onwards. It had to be valid in 2008 as well, the year of the European Championship. The framework for brainstorming was as follows:

• Competition: The intense competition among football communications campaigns in 2006 and 2008 meant the project had to stand out clearly from the crowd. A distinct unique selling proposition needed to be found.
• Sponsoring: Officially sponsoring the World Cup or the European Championship was out of the question for Dresdner Bank, since the decision on the official sponsors had already been made. The classic economic challenge was therefore to generate a maximum return on communications with the means available, but without official cooperation.
• Legal situation: The rigorous protection of the World Cup and the European Championship brands by FIFA and UEFA made activities outside of official sponsorship difficult.
• Sustainability: The football euphoria needed to be exploited early on, i.e. as from the end of 2005, and should continue to benefit Dresdner Bank beyond the World Cup in order to ensure that the up-front investments would pay off in the long term.

Our answer to these challenges: the online trading game Dresdner Ball Street. We introduced this online trading platform, in time for the start of the World Cup year in 2006. Anyone could use this game to trade virtual stocks in the qualifying, best national teams. The name is very catchy and links football and the stock exchange at a communications level.

The aim of the game is to increase the value of your individual initial account containing 100,000 virtual Dresdner Bank euros by making selective changes. All information about the teams, every goal and every injury to a player can influence stock prices.

The opening prices are based on English bookmakers odds and are determined by supply and demand during the game, thus reflecting participants’ expectations at all times. Just like on a real trading floor, analysis and portfolio strategy make the difference between profit or loss.

Participants buy and sell stocks in real time and can follow trading live in an order book. Stock exchange strategists can communicate with each other and exchange the best investment strategies in a chat forum.

In September 2007, the online trading game entered its third round. Football fans can now bet on the teams participating in the European Championship, the UEFA Cup and the Champions League. An additional innovative ‘financial instrument’ was created by virtually bundling top teams in funds.

So far, Dresdner Ball Street has proved to be an outstanding success: more than 20,000 football and stock exchange enthusiasts took part in the first round of the World Cup, with more than a billion stocks being traded in 2.5 million orders. We registered 56 million page impressions for the Ball Street website. We exploited the resulting communications opportunities for existing and new customers in depth with newsletters, mailings and advisory offerings.

The customers acquired via Dresdner Ball Street don’t just relate at an objective level to our serious position as the provider of “advice you can bank on”. Due to their intensive participation in the online trading game, they are also highly sympathetic towards, and have strong emotional ties with, Dresdner Bank.

The game also reached the final of the German PR Prize in the Online Relations category. This recognition by external communications experts far exceeded our expectations.

The nomination for the German PR Prize was one of the reasons why we have decided to extend Dresdner Ball Street beyond Euro 2008. The educational gaming concept has heightened long-term awareness of the stock exchange and securities trading among broad sections of the population.

As a result of the overwhelming interest shown by participants, the trading game has now become a fixed component of the German online gaming scene. Because Dresdner Ball Street can be constantly redesigned to accommodate exciting game variations, we are confident that our fans will remain true to us in the future, too. 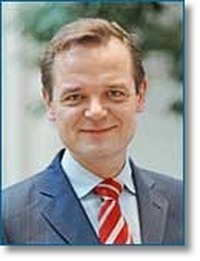