The Art of Conversation


Twenty-first century brand marketing and communications require us to be versed in the art of conversation not the art of war, says Leo Rayman.

The 1950’s was a period marked by the birth of the mass consumer era. It is hardly surprising that the models of thinking applied by the business world of the 1950’s and 60’s were drawn from victorious WWII military strategies.

The rise of the new broadcast medium, Television, allowed for the implementation of mass-market campaigns in order to promote new products to meet people’s basic needs. Designed to change a whole population’s perspective, these campaigns were built in recognition of the power of propaganda that had been employed by both sides during the war. The broadcast approach had more in common with carpet-bombing missions than targeted sniper fire.

Some brands still act this way today. Dell regularly mail-drops most of Europe with largely untargeted communications and it is not alone. During the last two decades many of the Banks, despite excellent customer modelling, would save costs by foregoing targeting, rather than investing in more intelligent, less intrusive contact strategies. No surprise then that they end up appearing unresponsive and unconcerned with their customers’ lives.

The language of marketing and communications still relies heavily on military terminology. Campaigns are planned, advertisements shot and media plans laid down like an artillery bombardment.

Many businesses still think this way. Their assumption is that the audience is sitting quietly, consuming, at the other end of the battlefield. The problem is that the language (and the thinking that lies behind it) hasn’t changed in over 40 years. Even today clients and agencies are arguing over the finer points of their Brand Onion.

But there is little value in debating whether your brand personality is friendly orprofessional when the most important interaction your brand has with a customer is a conversation between two friends, one of whom just suffered a poor service experience. Weber Shandwick’s European research shows – as illustrated by the graph with this article – that personal recommendation prompts purchase in 33% of cases.

Research also reveals that a negative experience results in us telling six other people. Today that might be 6,000. Or six million. It means that the way brands interact with all their audiences must change.

We are advocating a new kind of marketing and communications strategy, designed specifically to enhance, ignite and shape conversations between peers. The art of conversation should be natural and intuitive. Picture the scene: You arrive at a party, full of people in animated conversation. You don’t know anyone but you’re keen to get to know them. How do you join the conversation?

The first thing you do is to listen. What are people talking about? Next you prepare to enter the conversation. What interesting stories have you got to tell? Then you signal your intent to join in; a polite cough, a smile, joining in the laughter. Finally, once in conversation, you maintain the dialogue (listen, respond, listen etc).

For brands it is the same, thing: more conversation than war of attrition. What can brands do to enter and shape conversations in the market?

• Listen. Brands need to listen. Media analysis will tell you what the media are reporting, but you can discover the real ‘buzz in the bazaar’ using web monitoring technology. We’re partnering with Radian6, as a listening post to uncover real world conversations. But be warned, as Oscar Wilde might have said, ‘there is only one thing worse than being talked about [negatively] and that is not being talked about at all’.
• Tell an interesting story. The art of storytelling is as old as Human society itself. So what is the story your brand is telling? What is the myth that you can use in order to facilitate a deeper, more engaging conversation? We’ve been running client story-telling workshops in order to help them figure out what their best story is. When you tie this into a mythic structure, you increase the power of the story. For example, Virgin is the Outlaw, Disney is the Magician, Nike the Hero. But there is no point in appropriating a story unless it is based on values at the heart of your business – otherwise you will fail to deliver on it in practice.

• Signal intent to join in. Once you have developed your story, signal your desire to start a conversation. You do this by representing your point of view wherever conversations are happening. Think digital forums as much as mass media, think blog comment as much as Press Releases. Apple is very adept at gently leaking aspects of new products during the development phase in order to build hype. Inviting fans to beta test your products makes them part owners in the development process and people are more likely to want to pass on something they’ve had a hand in shaping.

• Maintain dialogue. Finally, conversations are dynamic and so brands’ communications need to be too. Brands need to hard-wire feedback into the way they do business. This means monitoring buzz sentiment along with a commitment to respond. A powerful methodology for this is Bain’s Net Promoter Score (NPS), a measure of how well recommended your brand is. A positive NPS is predictive of business growth. Weber Shandwick’s own research shows that Advocacy leaders grow at 2.5 times the rate of average companies in their category.

From conquest to conversation

Over the last 60 years, we have seen a big societal shift from brands telling people what they need, to a world where people now tell brands how they want them to behave. As basic motivations were fulfilled in the consumer era, people moved onto higher order needs, a search for fulfilment that goes beyond more choice of things to buy.

In the 21st Century, people want brands to fit into the stories they tell about themselves. Brands must respond by moving away from conquest and towards conversation.

Personal recommendation prompts purchase in a third of cases 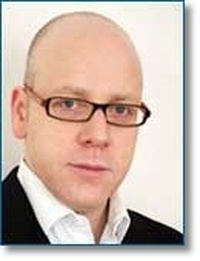