Trust Me, The Citizen


The latest wave of Edelman’s respected Trust Barometer research indicates how in the web 2.0 age of conversation, citizens feel more empowered to join forces and push for change. By Robert Phillips.

Trust, studied closely by Edelman for nearly a decade, is at a turning point. As the word itself becomes increasingly abused with seemingly carefree abandon (just ask a typical politician), so a new generation is emerging to give it new meaning: younger, digital-savvy ‘Info-entials’ – twenty- and thirty-something business leaders and Influencers who will determine not only how we adapt consumer behaviour, but how we work and live in relation to the corporations and governments of the future.

While this is not yet a global trend, it is clearly emergent in certain geographies and all the signals are there that ‘Responsibility’ will become much more important than ‘making money’ in the Trust stakes as we approach the second decade of the twenty-first century.

Trust, globally, has experienced a rollercoaster ten years’ past. The Battle of Seattle in the late ‘90s, quickly followed by the scandals of Enron, Parmalat and others, led to a collapse in Trust in Business – paralleled by an ascendancy of Trust in the NGOs. Their superstar status has, in turn, almost forced them into corners of their own making – now frequently considered, themselves, as big ‘Corporates’ (albeit ones still doing good), they are left vulnerable to the expected rise of the agitprop, garage challenger NGO.

Public Relations and Public Affairs Consultants, often falling back on sympathetic third party endorsement from the NGO sector, should take note. American firms, meanwhile, have suffered a Trust Deficit beyond US borders for almost as long as the war in Iraq has raged. Presidential candidates, take heed – proof that the actions of the State can have a material impact in the state of Trust in its businesses and brands.

The real rising stars of Trust in the past five years, though, have been we, the people. Time Magazine, dedicating its December 2006 front cover to ‘You’, summed it up rather neatly. In a Conversation Age coloured by the immediacy and raw accountability of the Web, we at last have possibly the greatest focus on ‘Citizens’ since the people of Paris took to the barricades in 1789 (and again, I suppose, in 1848).

We trust ‘people like me’ – those with whom we share common interests, regardless of age, gender or location – to make the right recommendations. It is to our peers that we turn to help us get our trusted decisions right.

This is not to say that the Ancien Regime pillars of Trust are dead. In Britain in the last twelve months, Trust in Institutions has held up rather well – perhaps against the odds. Trust in Government, generally, had bounced back from 16% to 34% in only a year.

By January 2008 (the date of the last Edelman survey), Gordon Brown’s vacillation over the date of a General Election had dented but not wholly damaged Trust in Gordon. It seems that Tony Blair took with him the Trust-sting albatross that he carried during his final term. Likewise, Trust in Business (despite Northern Rock) and Trust in Media (despite ‘Noddies’, Phone In Scandals and the McCanns) also bounced back – to pre-2006 levels. The question is: why?

The (post-) Blair effect cannot be under-estimated. In the late ‘90s, as we in the UK luxuriated in a new dawn and the hope that things really could only get better, we built our societal Trust in the image of Tony and the Blair Government. Then, as his star waned, so did our Trust in all things ‘civil’ – the media being wrapped up with politicians, business and more.

With Tony’s exit stage left, in Trust terms, never has the phrase ‘lancing the boil’ been more appropriate. At a recent Edelman event, columnist Quentin Letts wryly observed that maybe, after all, Hutton (Lord, not John) had called it wrong; that there was more than a filament of truth in the Gilligan assertion – and hence the return of Trust in the BBC in latter years.

If the arrival of Tony Blair in 1997 heralded a new era of Trust, though, so we now see a second coming (not of Tony, but of Trust) as we head towards 2010. A new optimism abounds – tempered by an understanding of a new Responsibility agenda.

Climate Change has had a profound effect on all our lives – not just because we have suddenly realised that we are raping our resources and starving ourselves of atmosphere, but because we now recognise that it is in our power (individually and collectively) to orchestrate genuine change for the better.

Led by a new generation of influencers, citizens will stand up and be counted – trusting one another to make the right decisions and suddenly empowered to effect real change. This is a new Climate of Responsibility – that insists that we should judge our leaders (Government and/ or Business) on their ability to ‘do the right thing’, rather than on their ability to act with fiscal responsibility or to economic advantage. 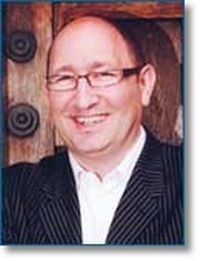