Arnaud Pochebonne outlines how to communicate corporate restructuring so as to improve the likelihood of success and minimise reputational damage.

In today’s harsh economic climate, corporate retrenchment and restructuring is rife. Making staff redundant, shutting down facilities or indeed implementing major cutbacks of any kind are highly emotive actions that employers should handle with great care and sensitivity.

Strategic corporate change is a delicate undertaking. While the commercial logic may be laudable – for example, reducing the burden on business of unnecessary cost or boosting productivity – a badly managed reorganisation can have a negative effect on both corporate reputation and the bottom line.

Time after time we see company bosses focus their attention on the legal, logistical or financial aspects of change without taking into account the most crucial factor for success: the human one. For many, essential lessons about the importance of solid internal and external communications at times of corporate change remain unlearned.

When a business goes through any kind of change, it’s not just those at the top who are affected. Employees wonder about the future of their jobs; shareholders fear that the cost of reorganisation may itself lead to lower profitability; clients may question the quality of the company’s products or services; suppliers ask if the company will continue to work with them; and local councillors worry about the impact on the local job market.

The view from France

We in France have seen instances where a lack of communication with salaried employees has led to lost motivation, resistance to change, and finally a damaging rejection of the project. Opposition may be expressed by the leaking of negative stories to public authorities or the press, strikes and even acts of sabotage.

If the company can’t effectively explain its decision to reorganise, criticism from all stakeholders will gather pace. Moreover, where there is uncertainty and a lack of transparency, rumours will be generated internally and externally. Competitors can encourage these rumours and the media will spread them.

The emergence of Web 2.0 with its vast swathes of user generated content on social networking sites and elsewhere has made it easier than ever for disgruntled employees to denigrate corporations online. As shown by Weber Shandwick’s own recent Risky Business survey on reputations online, developed by my colleague Leslie Gaines-Ross and conducted with the Economist Intelligence Unit, the internet provides innumerable platforms for current and former employees to undermine, usually anonymously, a company’s reputation. Our survey shows that executives rank employee criticism (41%) in a tie for first place with leaked confidential information as the greatest online risk to their own company’s reputation.

Failing to be sensitive

Yet sadly many companies fail to communicate sensitively, thereby allowing tricky situations to escalate into full-blown reputational crises. Recently, when a major international manufacturer closed one of its French plants it totally mishandled the internal communications, pouring oil on the flames. The closure announcement to the French-speaking ‘blue collar’ workforce was made in English, giving the impression that the company didn’t care about its employees. Resentment and public criticism flared up, with the French government even questioning whether the company had followed the law in the way it had announced the closure.

In a similar vein, not long ago a UK-listed retailer pulled out of France, informing the stock market of its decision well ahead of telling its French workforce – in contravention of French employment law, which puts the onus on companies to first communicate with their employees. Needless to say, the move sparked outrage and inflicted severe damage on the retailer’s brand. Damage which could have been minimised had there been a more coordinated and thoughtful approach to communication.

In January, unemployment in France increased by 90,200 to 2.2 million, a 4.3% rise over December and up 15.4% on January 2008. Many companies face exceedingly tough market conditions and more corporate bad news inevitably lies ahead.

Externally, being vague about the future of the organisation can have negative repercussions. If jobs are being lost, the media may focus exclusively on the social impact of change and a political and trade union backlash could follow. Financial markets will voice their concerns about the ability of the company to keep its promises. Analysts may even regard the company as high risk if there is a lack of confidence in its strategy.

When working with companies in France, there are four golden rules of communication in a period of reorganisation:

• Be proactive in communicating key messages through a variety of mechanisms including email, briefings and meetings.

• Tread the line between a solid communications plan and being flexible, depending on the situation. Don’t communicate externally without considering the internal impact of what you say. Define in advance the appropriate contact person for each target audience.

• Anticipate every possible reaction. Sales teams must alert directors to reactions from clients and competitors, and department and regional directors should report what is gong on in their areas.

• Take regulation into account and strictly respect French law, which imposes a restriction on communicating externally during a reorganisation, particularly with the media, before discussions with employees’ representatives have started. It’s advisable to refer to a ‘project’ rather than a decision, and to speak in conditional terms if labour force consultation has not been concluded.

In our experience of helping French companies manage change, successful programme implementation depends on communication being seen as a core function within the company. 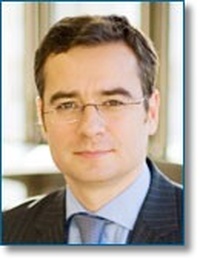