Carlos A. Mazalán provides a case study on the public relations activity surrounding the biannual release of research into the growth of high-speed internet connections.

Cisco, the world leader of Internet networks, was founded in 1984 by a group of Stanford University scientists. Since its founding, it has become a leader in innovative IP solutions with industry-leading products in areas such as routing and switching, as well as state-of-the-art technologies in unified communications, wireless solutions and security. Cisco currently employs more than 47,000 people across the world.

Cisco required an integral public relations project that would position the company as a point of reference in areas related to connectivity, Internet and bridging the digital gap, while bringing the company closer to its target consumers in order to consolidate its leading market position. For many years, the company has supported and worked towards the move to broadband and this represents one of its main public policies worldwide.

This led to the creation of the Cisco Broadband Barometer, an indicator to measure the increase of high-speed Internet in Argentina.

The study, sponsored by Cisco and carried out by the consulting firm IDC Argentina, was presented for the first time in Argentina in August 2006. Since then, it has been updated biannually in order to measure the rise in the number of connections and assess the development of the broadband market in Argentina.

The barometer sets a country goal in terms of broadband access; it schedules periodic measurements to track progress; it makes these results public and it works with Internet Service Providers (ISPs) and the government to come up with specific strategies and to increase access.

As part of its vision to promote the accelerated growth of broadband access in Argentina, Cisco set a goal of 4 million high-speed connections by 2010 – based on the 1,043,289 connections recorded in 2006 – thus supporting the economic development, competitiveness and productivity of the country.

The main project goals are:

• For the media to associate the company with the increase in broadband access as a country goal and with bridging the digital gap in Argentina
• To consolidate Cisco’s leading position on the market
• To strengthen relations with the press, government and clients

The objectives were achieved during the first presentation of the Barometer and they have been maintained in each of the biannual study updates.

The time that IDC required to prepare the report was 60 days following the completion of the study. The Barometer is done twice a year, with one edition ending in the month of June (the first half of the year) and another in December (second half, with results for the entire year). Two months were needed to plan all aspects of each Barometer, from the proposal (contacts with the government and media, press strategy, location, contents, etc.) to its completion.

The main targets of the initiative were journalists covering economy and business, technology and general interest for the country’s major media sources. The project also strengthened ties with the government and with clients (Internet Service Providers, ISPs).

Cisco wanted to promote the idea that increasing broadband access should be a country goal and that it is a responsibility shared by the government, ISPs and technology companies.

The communication channels used in all of the editions of the Barometer with the press included a press conference, press releases and one-on-one interviews.

Making the plan a reality

From the beginning, Mazalán Comunicaciones participated in the project as the public relations firm working with the Cisco PR team. To undertake the project, a search was done to find a leading market research firm focused on technology that could do a local project with a regional scope.

Once IDC had been selected as the market research firm, meetings were held to define the research methodology, sample size, profile of those to be interviewed and the contents to be developed.

Work meetings were held to get the public sector involved with this initiative and to bring government officials to the negotiating table. Cisco thus served as an ‘integrator’ of the public and private sectors.

The launch of the Barometer was focused on journalists who cover economy and business, technology and general interest.

Communication tactics included:
• Editing the report
• Developing the materials (including folders specially designed for the presentation and a CD with the material in a digital format)
• Sending the printed invitation (to the office of each journalist) and the digital invitation
• Creating expectations with comments on the subjects to be presented
• Planning and hosting the launch event at the facilities of the Communications Department
• Inviting high-ranking government officials to participate in each press conference
• Coordinating one-on-one phone interviews on the day of the presentation with national newspaper journalists immediately after the event
• Releasing information to news agencies and following up with the media

After the presentation, personal interviews were done with journalists from key media sources like newspapers Clarín and La Nación (both of which included the launch as cover stories) and information was sent to local media sources, international agencies and analysts, sparking interest and ensuring broader coverage of the initiative.

Officials and advisors from the Ministry of Education and the President’s Office praised the project and expressed their gratitude.

Some of the milestones achieved at the launch include:

• The agreement reached with the Communications Department for it to participate in the initiative and to hold the presentation at its facilities. This was a noteworthy achievement, since the department responded favorably to the request.
• A select group of company executives representing ISPs, partners, government officials and chamber representatives attended the event.
• The launch appeared on the front page of the three most important national newspapers, and was also covered by other media sources (T2 and T3).
• The cover stories were particularly noteworthy, given that the news appeared on the same day that included the aborted terrorist attacks in London, accidents in Argentina and several other major news stories.

Results of the Broadband Cisco Barometer in numbers

To date, there have been five editions of the Cisco Broadband Barometer (the launch in August 2006 and four more presentations in October 2006, March 2007, October 2007 and March 2008). The update is biannual, which allows information to be updated, ties to be renewed and contacts made with the key actors involved in the project.

Here are the results of the last four presentations in numbers: 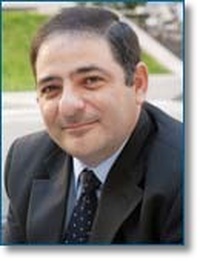