The intensity of the debate on climate change gives the impression that a lot has been achieved. All too often, however, there has been noise at the expense of action. By Stuart Neil.


So often in our lives we find ourselves speaking to the converted and congratulating ourselves for doing a great job when those who already agree with us respond favourably to our argument, proposition or even the way the back four played at the weekend. However, the art of really good communication is to speak to those who disagree with you, win their respect and ultimately change their outlook.
History has shown us the power of good communicators and communications. A persuasive orator can make people do things that they would not ordinarily consider rational or justified. The power of a story has the ability to shape millions of minds, be that with religious teachings or a simple fairy tale.
So when it comes to our collective future how are we communicating and what is being done to catalyse action?
It seems to me as though action to address climate change has become caught in a Cornelian dilemma with the stakes so high that we are unable to choose between the two evils. This results in nothing significant getting done while the impression of action is still communicated, especially when preaching to the converted to maintain the pretence of momentum.
The harsh reality is that to engage honestly in the other’s argument often requires an acceptance that there will be an unpalatable level of pain from choosing your preferred path. Thus the strange game of chicken continues with no one willing to blink first and admit that their argument is not perfect. This then leaves each party, and those just trying to get by in life, continuing to move ahead in what are effectively parallel universes with few people really looking at the ultimate consequence of this Cornelian dilemma.
Grand scientific tomes
Scientists have regularly highlighted the changes to our environment, with yet another grand tome from the Intergovernmental Panel on Climate Change (IPCC) hitting leader’s desks in the past year. The innocuously sounding "Press Release No. 1002" from the World Metrological Office recently heralded that the concentration of carbon dioxide in the atmosphere increased last year at the fastest rate for nearly 30 years, while others point to natural fluctuations in the earth’s natural cycle.
Back in 2006 Al Gore shouted about the impacts of climate change through his talks and Oscar winning film "An Inconvenient Truth".  Only to be shot down later for using too much spin and hype. So while cause and effect is still hotly debated there is almost universal agreement that something has to be done. Yet at the same time leaders call for something to be done to ensure that their people have access to the life chances enjoyed by others; with productivity, competitiveness and jobs at the top of the agenda, we see another Cornelian dilemma.
So what is the result of all of this talking to the converted and shouting from the rooftops, what has been achieved in the last 22 years since the Rio Earth Summit? Well there has been lots of talking and some positive developments, such as the Ozone layer showing ´signs of recovery´ thanks to political determination to phase out the man-made CFC gases, but greenhouse gas emissions continue to rise with impacts beginning to be felt across the globe.
I was recently involved in a project with the University of Cambridge to simplify the many findings of the IPCC’s fifth assessment (AR5) report, outlining the latest science, to extract the key implications for the energy sector. The scientific tomes produced by the IPCC run to many volumes and many thousands of pages, which can make it difficult for those not directly involved to fully understand the potential implications and opportunities for their sector, especially when there are so many competing pressures.
Trying to summarise all these many pages of text and scientific graphs into approximately 3,000 words and in a way that is intelligible to policymakers and business strategists is not an easy task. This is especially difficult for a topic where the implications can be profound, so a great deal of effort had to be taken to produce a neutral document that correctly summarises the main findings as they impact the energy sector. This report was just one in a suite of summaries, funded by the European Climate Foundation, with the aim of enabling decision makers to better understand the challenges for other sectors as well as their own.
Tourism growth
The issues highlighted in these summaries often cross sector boundaries. Tourism is expected to grow by an average of 4% annually and reach 10% of global GDP within 10 years. This has implications for the transport sector which relies overwhelmingly on oil, with over 53% of global primary oil consumption in 2010 used to meet 94% of transport energy demand.
In the agriculture sector demand for crops is projected to increase by about 14% per decade until 2050 which will place additional pressure on the energy-water-food nexus. The urban population is projected to increase from 3.4 billion in 2005 to 6.3 billion in 2050, which in turn will change the way we use transport and impact the residential stock. Global energy demand for residential air-conditioning is projected to increase from less than 300 TWh in 2000, to about 4,000 TWh in 2050. Most primary industry sector scenarios project that global demand for industrial products will increase by 45-60% by 2050, relative to 2010 production levels and this will require additional energy supplies. Investment required in the energy system, in order to keep temperature increase since pre-industrial times below 2 degrees Celsius are estimated to be USD 190-900 billion per year on the supply side alone.

This is a staggering amount of money but it is also clear that this investment could realise important co-benefits for economies. Something as simple as providing clean cooking provision and basic lighting can reduce mortality rates in developing economies, aid educational opportunity and ultimately create new markets.
So as any good leader knows, "business-as-usual" involves embracing change.
What’s at stake
This is why the UN Secretary General has been catalysed to act himself; to remind the world of what is at stake though continued inaction. So ahead of the annual climate talks, this year in Peru (COP20) in December, Ban Ki-moon gathered world leaders in New York for what was dubbed the "UN Climate Summit 2014". The purpose of the meeting was not to agree a binding commitment from leaders to stop climate change, but to "Catalyse Action". Only time will tell if this initiative proves more successful that previous gatherings, However, it is interesting to see the evolving narrative, which tries to address the competing priorities facing leaders of countries as much as it does leaders of business.
In previous years there was a narrative that we must do whatever it takes to mitigate and stop climate change from happening and limiting global temperature rise to 2 degrees above pre industrial levels. Now there is a change in approach, with lines including the words, ‘resilience’ and ‘adaptation’ with references to action making business or economic sense and an attempt to recognise the profit motive.
At the World Energy Council we term this addressing the Energy Trilemma – the triple challenge of meeting the demands of energy security, energy equity and environmental sustainability, which enables us to engage with a range of viewpoints to seek common ground.
While preaching to the converted may make the preachers happy, the world has carried on in "the same way we have always done it" because those not directly involved in the discussions have not felt compelled to act. So here is the dichotomy. Truly successful communications takes time and involves failure as well as success. It requires that we engage with those who will reduce our ability to deliver instant success.
The washing machine
So, to be heard above the crowd you often need to shout, which in turn increases the opposition of those you seek to influence and further drives you towards those who already support your way of thinking. However, you can engage with others and inform their thinking and you do not always need to be overly sophisticated. One of the clearest ways I have ever seen this issue being explained is in a Ted Talk by Hans Rosling when he talks about the Washing Machine; I implore you to look it up.
If we are to breakthrough this Cornelian dilemma we now need to adopt a more entrepreneurial approach to our communications and actions. By recognising that there is true opportunity in embracing change we can catalyse action and positive outcomes. This is why I was pleased to see that many of the insights provided in a series of reports synthesising the most pertinent findings of AR5 for specific economic and business sectors provided positive recommendations, as well as highlighting the areas of concern. There are opportunities and the way we communicate can be part of the solution to catalyse action.
A full suite of reports can be found at http://www.cisl.cam.ac.uk/ipcc with further details of the energy report athttp://www.worldenergy.org/.
Author’s Details
Stuart Neil MVO is the Senior Director for External Affairs and Communications at the World Energy Council. He has provided strategic communications advice in both the private and public sector, including nine years as the Assistant Press Secretary to The Queen. 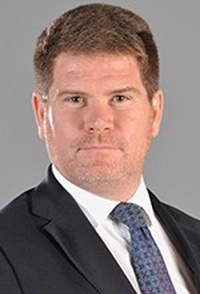 Stuart Neil MVO is the Senior Director for External Affairs and Communications at the World Energy Council. He has provided strategic communications advice in both the private and public sector, including nine years as the Assistant Press Secretary to The Queen.