There are no easy answers in the energy debate given that every power generation source has its drawbacks. In the context of strident protests by environmental groups, energy company E.ON is ensuring that its side of the story is heard above the clamour. B

E.ON is one of the UK’s leading power and gas companies and also a relatively new name in the mass market, with the Powergen brand it replaced only being fazed out in December 2007. However, on the corporate side of the business, we have been E.ON since 2004 and are also now at the forefront of some of the most important – and also controversial – decisions having to be made in the UK energy industry.

As a country, we have to replace around a third of our power stations in the next 10-15 years and do it in a way that ensures that not only do the lights stay on but that we also reduce carbon emissions in line with government targets and that we keep energy as affordable as possible for our customers – we have coined the phrase ‘trilemma’ to explain this.

While all of that sounds eminently sensible from a PR point of view, the actual practicalities mean that E.ON will inevitably build new nuclear power stations in the UK for the first time but, more importantly, has also put in the first application for a new large-scale coal-fired power station for almost 30 years.

That application, for a new station alongside our existing plant at Kingsnorth in the South East of England, has become the ‘poster boy’ for climate protest in the UK and probably the hottest PR potato that we face as a PR function. The initial application, made in December 2006, received relatively little coverage and so we had little explaining to do. And, even when Greenpeace protestors broke into the existing power station and climbed the chimney in October 2007, the Prime Minister’s failure to call a snap election meant that coverage was largely limited to regional media. Since then, all bets have been off.

Starting with the local council’s decision to approve E.ON’s application (although the final decision will eventually come from the Government), Kingsnorth is effectively the symbol of the fight against climate change in the UK. Commentators such as George Monbiot of the Guardian, organisations ranging from the expected – Greenpeace – to the unexpected – Christian Aid and the Women’s Institute – have reacted with very real anger.

The culmination came with this year’s Climate Camp, a loose coalition of climate change protestors who set up camp near Kingsnorth with the aim of shutting it down. They failed and, we would claim, largely lost the PR battle by being deflected from their climate change message into a battle over policing tactics, and some quite robust clashes on their day of mass action that saw 100 protesters being arrested and some quite nasty scenes.

So, from a reactive point of view, our PR strategy was pretty straightforward – we wanted to have a proper debate about UK energy policy going forward while the protesters were rather keener on publicity stunts (climbing the Kingsnorth chimney) or downright dangerous activity (attempting to break-in to a working power station). Our proactive strategy has been much more interesting and somewhat more widely spread.

When it became clear just how much interest that Kingsnorth was garnering we knew that we had to do something to get our message across, namely that coal had an important, but much reduced, role to play in power generation going forward. Additionally, that new coal was cleaner than anything seen before in the UK and could be an important test bed for carbon capture and storage (where CO2 is captured before emission and stored, usually in depleted gas fields). What was also clear was that this was not a simple message that could be encapsulated in an easy soundbite – unlike our opponents’.

It was because of that lack of simplicity that we hit upon the idea of launching what we called our Manifesto. Called ‘Carbon, cost and consequences’, this was a fairly substantial document that we could launch at a press conference detailing the issues that we as a company, an industry and a nation faced going forward. The simple fact was that no single power generation technology offered security of supply, lower carbon emissions and affordable energy supplies and our Manifesto laid out the strengths, and weaknesses, of nuclear power, coal, gas, energy efficiency and renewables.

By highlighting for the first time in a single document the issues that we faced, our aim was to prompt debate, and to prompt debate amongst groups that are by no means natural allies. We have often been portrayed as the poster boys for coal but this is far from the truth. Our aim is to ramp up our renewables build, and we recently increased our stake in the London Array, the world’s largest offshore wind farm, to shut old coal and oil stations and to build new nuclear and gas and, yes, we plan to build a single new, more efficient coal-fired power station.

What is important for us as a company, and so for us as a PR function, is that the debate is now being had and that E.ON is seen to be leading it. We simply do not believe that there are easy answers to what we have called the trilemma, our aim is for others to accept that it exists and to see the issues that the UK faces for the next 30 years.

To see the E.ON manifesto,click here. 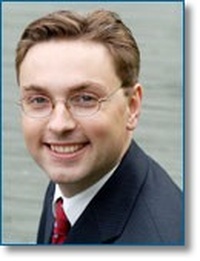