Bulgaria’s Challenging Entry Into the EU

The conference "PR in EU – Challenges and Opportunities", endorsed by IPRA, took place on 1 December 2006 in Sofia and focused on the issues related to PR as profession following the accession of Bulgaria and Romania to the European Union (EU). The conference was the first attempt to commence a professional discussion on the issues of communication under the new political and economical conditions, under which companies from Bulgaria began functioning from January 1.

The event was visited by over 80 Bulgarian professionals in the area of PR and corporate communications. The topics discussed with the participation of leading international specialists in the area included the process of lobbying in Brussels, the ability to deliver news of interest for international media as well as contemporary methods of public relations.

"The process of integration at EU: unfinished symphony" was the topic of the presentation of Charles van der Straten, president of IPRA in 2005. In that presentation, he said: "The development of the PR profession also in practical aspects can be achieved, if the business has will and desire for that, in other words – if companies turn the good communication conduction strategy into their priority.

"Entering EU will place on the companies’ agenda many really new questions and regardless of whether we are talking about internal problems or external environment interaction, all those topics need communication. Besides joining EU, will bring benefits for the Bulgaria PR professionals because of the opportunity to exchange experience with their colleagues from west countries, where the PR, as activity is better developed."

Following the accession of Bulgaria with the EU the professional communicators will have to operate in a much more competitive environment and will have to consider more media. This warning was given by John Palmer, a member of the Board of the European Policy Center (EPC), who presented the issues related to the challenges and the opportunities arising from communications in Europe.

In his words this is especially valid for PR specialists, engaged in the communication strategy of the EU. "The major weakness is that in most of the cases no one does engage personally with the communication of the news, and in case of a blunder everyone tends to blame Brussels, and that’s it," Palmer believes.

PR services will open for the European Union. In principle this sounds good – more competition, faster growth, bigger budgets. But this will not come to pass soon.

According to Richard Linning, Board Member of IPRA, the biggest change for the companies in Bulgaria will be the much stronger competition. "Not that they will not have the opportunity to communicate (or the PR agencies in Bulgaria to be of help), but the competition for markets, for public attention, for media space will be bigger. The opening of the market in Bulgaria will bring in new players, most of which will have the advantage to be something new, something offering a change, they will be also backed by bigger budgets."

For the agencies themselves the market will also change, most of all due to the different requirements and regulations that they and their clients will have to follow in their work. This should require higher standards of work, more transparency and bigger budgets.

We will see a continuation of the trend for international chains to put Bulgaria on their map, without having the intention to bring in new clients and orders, while at the same time they shall expect that such action will bring them more and more international customers.

Among regulations practitioners have to be aware of are the extensive debates and regulations in the area of commercial communications, especially for industries like tobacco products and alcohol beverages, OTC medicines and others. What is more, they have to pay special attention to the possibility of being prosecuted for announcements that they send on behalf of their clients.

The media transparency organization of IPRA has started a dialogue at an international level on the issue that can be extended to a local level, in our case – in Bulgaria.

Following the accession of Bulgaria to the EU, the responsibilities of different PR and consulting companies will have to include lobbying skills. This means it is necessary to become familiar with the tools that can be used to influence, thinks Richard Linning. In his view, the role of the lobbying will grow even further as Bulgaria will have to defend its demands in front of the rest of the countries in a united Europe.

And last but not least, in order to have a successful campaign, a leading message must be given a substantial role. For example, when Estonia organized a campaign to make the process of EU accession popular, in order to convince the population, where women outnumber men, the message was: "Vote Yes and you will have a bigger choice of men!" 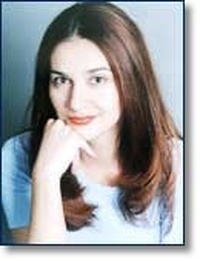 Gergana Vassileva is Founder and Managing Partner of United Partners, whose clients include Bulgarian Telecommunications Company, Procter & Gamble, ING, Diageo, Lufthansa, Philips, Western Union. She is an IPRA Board Member.