On 1 June 2006, a photograph appeared in the City pages of several UK national newspapers. The picture showed Sir Brian Stewart, the chairman of Standard Life addressing the most important public meeting the organisation had probably ever held.

Accompanying this respected business leader in the photo was a ‘scoreboard’ which simply read Yes:98, No:2.

Such an emphatic score-line referred to the percentages attained in the most crucial poll in the history of Standard Life.

In effect, the vote provided Standard Life with the green light to convert from its existing ‘mutual’ status to PLC status, thus paving the way for a float on the London Stock Exchange. What’s more, the ringing endorsement had come from well over one and a half million of Standard Life’s members.

Six months on from this seminal moment, the company is now an established member of the respected FTSE 100 index, one of the world’s most influential share price barometers. What’s more, the Standard Life share price has shown impressive growth from its starting point, significantly outperforming both the sector and the index.

The corporate transformation of Standard Life over the last three years has, in my view, been an outstanding success. But that is not to say the communications part of the demutualisation process was an entirely smooth journey.

In short the company had to learn a great deal about the way it presented itself to the outside world.

In particular, for those of us tasked with executing the company’s communications responsibilities, the announcements from early 2004 onwards ultimately prompted a radical overhaul in the way we would end up interacting with key stakeholders. These included our 2.5 million membership base, a wider customer-base of seven million policyholders, a workforce of eleven thousand, the local and national political arena and the way we would engage with the UK’s highly influential financial media.

I had actually joined the company from another financial services group in the second half of 2004 (after the initial intention regarding demutualisation had been made). It is obviously far easier to look at potential improvements coming in from the outside rather than inside out and my comments must be viewed as such.

Standard Life’s record on relationship-building with the financial press had been fairly mixed. Unlike many of its financial services rivals Standard Life had developed something of a protectionist (rather than bridge-building) approach to the media.

This did not marry with the undoubted communications talent – and pockets of great communications success – that existed in the company at this time.

Individuals were however being constrained by hang-ups from a previous culture, where proactivity, initiative and the ability to challenge policy was not encouraged. The team were completely on the back foot.

Standard Life, with a huge reputation for customer service, was not treating the media as a customer.

Process existed with far too big a ‘P’. I am not against process, far from it, but process was getting in the way of a service need from a very bemused, confused, increasingly angry, and in the main, faceless customer.

One of the big problems media relations faces, in a range of companies large and small, is to address customer need. Too many organisations treat the media as the enemy and not the customer.

Back to basics, innovation allied with organisation will beat process time and time again.

One of the first tasks I set myself when I joined was to revisit a number of the contacts I had built up in my previous job and hear about what the ‘Standard Life experience’ meant for them. A lot of what came back was ‘they are finished’, ‘mistrust’, ‘too slow’, ‘confused’, ‘they don’t understand my needs’ and regularly and most damning of all the perception that ‘they lie to me’.

One key member of the national press had to keep secret from their publication’s business desk that a meeting was set up with me in my new guise as they were ‘barred from meeting anyone from Standard Life’. Crikey!

Ironically, it is quite possible this scenario could have continued until the present day. Just four years earlier in 2000, Standard Life’s management had fought tooth and nail to prevent the business from moving down the de-mutualisation route. If there is one type of story the media relishes, it is a U-turn.

Here was the chance for the press to vent its collective spleen on a company which it not only viewed through hostile eyes, but which appeared to be going back on its word to its many stakeholders, not least of all its members who had voted at that stage for the company to remain mutual.

Obviously, this was not the most encouraging first step in our world of communications as Standard Life set about making fundamental changes to its business model. Especially as these changes would ultimately require the thumbs-up from the same member base. Saturated, potentially, by negative coverage from a friendless media.

So, what were we to do? Well, rather than be torn apart by a hostile press pack, the management, primarily in the shape of Group Chief Executive Sandy Crombie, allowed us to embark on a colossal sea-change in the way the company was to carry future media relations duties.

At the same time another of our deliberate but key moves was to nurture the image of the company’s two respected and high profile individuals I have already mentioned – Sandy Crombie and Sir Brian Stewart. Both embodied the positives associated with the company. Channelling their presence to members of the press meant the company could shift the emphasis away from management and towards leadership.

Almost every story written about Standard Life in 2004 started off with ‘troubled’ or ‘beleaguered’. An initial focus was on how we could make those historic default taglines vanish. It was much too early to get a buy-in from the media to view Standard Life as a ‘business in turnaround’, but a mere basic introduction starting with ‘Standard Life’ would be a success.

We started to engage with key players in the anti-Standard Life camp, including customer champions, consistent critics and hostile financial journalists, to open dialogues and establish relationships. Throwing the doors open, meeting the customer, transparency, admitting where things had gone wrong, explicit briefings, rotating exclusives, access, brutal honesty, timelines, availability and dancing. Yes, when in doubt dance and then dance some more. But to dance effectively you need a partner.

Then for the first few months of 2005 the communications strategy was focused on explaining the compelling business case for the U-turn.

During April 2005, another key media relations milestone was implemented by getting consent to stage the company’s Annual General Meeting during the morning rather than the afternoon. This was the first AGM to take place following the initial de-mutualisation announcement. And this simple, yet tactical shift won over even more supporters at a crucial stage as we proceeded down the de-mutualisation path. A media briefing was held the night before the AGM. Well not a briefing as such, but an eyeball to eyeball of "ask us anything you want and we will do our damndest to answer". Somewhat unbelievably, this was the first time the company had held such an event

With positivity (or a lack of negativity!) building towards the company, efforts were doubled during the summer months of 2005 to ensure there was no downtime in our corporate media presence and no slowing of momentum in the campaign.

A campaign team was put in place, superbly managed, covering all internal and external disciplines. A morning meeting kicked off every day at 08.45 to review where we were and, more importantly, where we were going to that minute, that hour, that day, that week.

Members, in 146 countries throughout the world, received extensive literature and prompts regarding what lay ahead. A dedicated de-mutualisation intranet was created for staff. The in-house magazine ‘The Standard’ was revamped in terms of content, themes, design and relevance (The Standard subsequently received the accolade of best staff magazine in Scotland from the Periodical Publishers Association).

Independent Financial Advisers (Standard Life’s main distributors) and politicians received targeted briefs to help them to explain to any Standard Life member what the changes that were unfolding in the business meant for their personal circumstances. Spot the gaps and pass and move!

The transformation in outcomes was driven primarily by the extremely focused objectives of this tightly orchestrated campaign to achieve a member mandate for flotation. They were simply:

• win the ‘vote’ emphatically
• generate a substantial voting turnout to secure the mandate
• generate an overwhelming level of support
• recruit and retain members, policyholders, shareholders and our people.

Throughout this period we also made extensive use of specialist photography. The story we were unfolding had as much a pictorial side to convey as it did a written or spoken one.

By the October of that year, the company confirmed it had formally been handed the green light to adopt a de-mutualisation process. Once again we were intent on building on earlier successes. We carried out an ambitious contact programme with the UK’s key business and personal finance journalists.

The idea was to keep them as up to date as possible with all the necessary information they required. They could then convey these facts to their readers, many of whom would be Standard Life members and therefore eligible to participate in the all-important vote.

I was also acutely aware at this time that the information flow to our customers was not all from one direction. Outside of Standard Life, from many renowned commentators and influencers, the media were given a number of thoughts along the lines that the company may not make it to the market.

At the start of 2006, to reflect this, we issued a ‘Survival Kit’ to about 50 of our key commentators. Within it was corporate facts and figures, the planned timeline of the demutualization and prospective IPO, a box of vitamin pills, a packet of Resolve and a bar of chocolate. It was a play on the ‘would they make it?’ comments, continuing the evolution of new ‘poppy’ Standard Life (away from the perception and entrenched feeling of out of touch arrogance) and at the same time reflecting the volume of work that the media would have to cover the story as it unfolded in the first half of the year. They would have to survive too. And survive it they would with consistent facts, figures and contacts at their fingertips.

And the result? Well, I mentioned that at that start. The company’s request to opt to demutalise received the most emphatic of backings from its members: an extremely satisfying end to kick off a new beginning.

The commissioning of the pictorial element to the announcement was simple but sums up so much of the ‘new’ strategy. It was a deliberate move for a photographer to capture that image. It reinforced the emphatic scoreline and the landslide nature of the vote. But more importantly it followed a ‘keep things simple’ mantra. 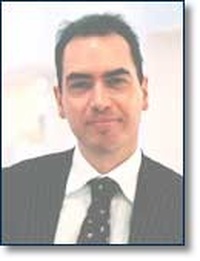