Chris Bailey believes creatively-minded PR agencies are well equipped to deliver ‘The Big Idea’ for clients. Yet he warns that great ideas can die when executed badly.

As PR professionals, our clients are asking us more and more frequently to come up with ‘The Big Idea’. This doesn’t just mean the PR bit which is tacked onto the ad agency’s idea, but the idea that works across every discipline and through every channel.

This makes a lot of sense. Right up to the point of execution there is little to separate what we as agencies all do, be it advertising, digital, PR or experiential (with the possible exception of the number of people we bring to the meetings!) But having finally earned this opportunity it is important that we do not make the mistake of creating ideas at an executional level to the detriment of what is right for the audience, the brief and the client. The Big Idea can help us avoid this, so creatively it makes sense too.

First we have to consider what an ‘idea’ is. It’s one of the most over-used words in our industry and at the same time probably the least understood.

But none of these are big ideas that unify and align. They are all little ideas, and can run around bumping into each other and causing havoc if we let them. Let’s think instead about that most elusive of creatures: The Big Idea. Everyone is talking about The Big Idea and yet considering how BIG it is supposed to be, no one seems able to find it.

So what does The Big Idea look like? Perhaps if you’re having difficulty seeing it, then have a look at the effect it has first. Our clients come to us to help make a change, be it a change in behaviour, attitude or perception. A Big Idea does this by changing the way people feel or believe, and to do this it creates a connection with them in the head, the hand and the heart.

In the head it creates both front-of-mind awareness and tip-of-the-tongue talkability. In the heart it builds an emotional connection. And in the hand it has an experiential, motivational element that enables people to try it for themselves. The Big Idea makes people know and feel that something is right, and act on it.

So The Big Idea has a head, heart and hands. It also has legs. Not only can The Big Idea straddle across a period of time through several campaigns, but at the same time it can stand astride any channel we choose. In this way The Big Idea helps bring campaigns and channels together, rather than working as disconnected executional elements.

But The Big Idea is being hunted to the verge of extinction by those who kill it by limiting it to a single, narrow execution; by splitting it up into those little disconnected ideas that can fragment a concept. To keep The Big Idea whole, we as agencies must look at how we approach creativity.

When coming up with ideas people talk about that moment of inspiration, that flash of genius, the indefinable creative magic. Let’s call it the X factor.

Here at Porter Novelli, as much as we believe in ‘the X’, we are equally interested in ‘the why’ – namely, why is it creatively right for our client? It is by using ‘the why’ that we truly identify and nurture The Big Idea. It is by using ‘the why’ that we ask whether The Big Idea answers the brief, whether it is based on a strong enough insight, whether it has a platform which will enable it to run over a series of campaigns rather than one isolated initiative.

‘The why’ forces us to ask whether an idea has a head, hand, heart and legs. ‘The why’ reveals whether an idea is ‘ownable’ for our client. And ‘the why’ asks of our Big Idea, is it relevant and credible to the audience? In short, we use ‘the why’ to recognise The Big Idea when we see it, and turn tactical creativity into strategic creativity.

Of course, once we have The Big Idea and platform, execution is critically important and will always be a fundamental creative skill. But this is where, having found your Big Idea and coaxed it into the office environment, used ‘the why’ to identify it and helped it grow through creativity, you can start to see it multiply. This is where it spawns lots of brilliant little ideas for implementation.

So if, as PR practitioners, we want to become the lead for Big Ideas in the eyes of our clients we must make sure we don’t kill ourselves and our opportunity by execution. Or if we do, at least understand it’s why most agency staff dress in black. 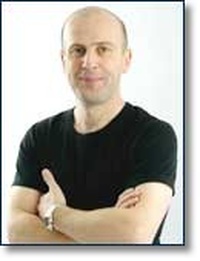