Building and Protecting Brands Across Borders


Rob Shimmin has spent 20 years honing messages for global brands and training spokespeople to deliver them. Here he offers some observations on what’s worked and what has not.

There is a lot of evidence to suggest that brands are built and protected by the promises and actions of people. If you’re tasked with taking a brand across borders, you’ll know that the hard part is deciding what the global and local promises are, who makes them, who delivers on them and what to say if that delivery falls short.

Here are a few observations gleaned from the privileged position of having learned from some masterful global navigators of brands like BP, Cisco Systems, Dell, Deloitte & Touche, DuPont, IBM, MasterCard and Unilever – all global brands dealing with global messages and local cultures. Whether they are in building or protecting mode, they all know their core brand attributes and stay close to them. Here are some observations from both perspectives, beginning with brand building:

Local accent. It really helps if the person leading your brand is local to the market it aims to influence. Foster a culture of mobility in your rising stars and tease them out of their native lands early. The prize is a triumphant return to run a business in their mother-tongue, but accented by a deep understanding of the company and how it operates around the world.

Organic vs. acquisition. Buying market share in new markets brings the challenge of merging two cultures and deciding if and when the purchased brand should be subsumed. Look closely at what brand attributes are holding the goodwill and ensure spokespeople promise carefully. Failure to deliver will rapidly destroy what was bought. Employees usually have no say when acquired and may even be hostile to your brand. Train executives to win them over as well as impressing the media.

Social media and brand advocates. The path from awareness to relevancy and finally advocacy is hard, but rewarding. Go stand in a playground in the US mid-West and hear kids argue the merits of green (John Deere) over orange (Case New Holland) tractors. Whole families are orientated around such brand loyalties. A strong social media strategy can boost your active brand evangelists, but you’ll have to be ready to cede some control. Monitor fans and detractors to get early warnings of your next brand crisis.

Being consistent where it matters. VistaJet is earlier in the process of building a global brand than the companies mentioned above. Its owner Thomas Flohr believes so passionately that he has something new to offer high net worth individuals that he has invested a considerable chunk of his ‘hard earned’ into the purchase of some 30 Bombardier jets. He promises the inside of any VistaJet aircraft will have exactly the same look and feel of luxury – the Four Seasons in the sky. He spends a lot to make it so. Recline in a Lear 65, Bombardier 850 or Global Express and your elbow will sit at the same height on the interior décor. You’ll feel at home. VistaJet is becoming prominent in more markets and has more jets on order; discerning customers are appreciative of delivered promises.

Deepen your spokesperson bench. Your bench probably needs to be deeper, fluent in more languages and sufficiently trained to stay safe in front of the media and staff. Don’t coach your bloggers, they will sound like corporate robots – but offer guidelines to stop them doing anything dumb. If you are planning on heading MI6 any time soon, check your wife has not put family details and your flat’s location on Facebook. The UK Foreign Office applies a policy of Assumed Competency. Teach employees what’s what and then release them to blog unhindered.

Encorage and then heed good advice. If your local agency says "that won’t work here", believe them, but ask what will? Insist only that the core attributes get communicated and allow the periphery to sway with local relevancy. Remember, good ideas don’t follow trade winds, they can spark up anywhere and good brand-builders bounce them around other markets. Keep a ‘slush fund’ of spare agency fees to reward those delivering the best thinking

Now, let’s move on to protecting brands across borders:

Monitor well and move fast. Use every resource to gain early warning of problems and speed your response through scenario planning. Buy your lawyers lunch and get pre-problem advice as to what can and can’t be done. Apple took a while to offer loyal early adopters a $100 voucher when it took the decision to drop the price of the iPhone, perhaps diluting the impact of that investment

Do what’s right for the brand, not the cash. M&S performed a spectacular U-turn on bra wars (charging extra for larger bras). Lost revenue was nothing compared to the value of restored goodwill. Incidentally, the green bra featured in the ‘We boobed’ ad sold out immediately.

Voices echo. Stop and think about how your actions in one country will affect opinion in another. OK, MacLaren sold more buggies in Europe and had fewer fingertips injured in hinges than in the US, but the decision to recall only in one market and not another was always going to cause heated debate.

Talk to your employees. They will do more to protect your brand than media spokespeople ever could. Let them know what’s happening, in all markets. 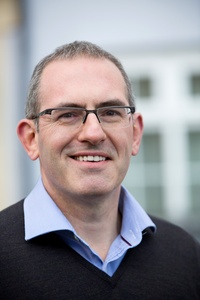 Rob formed Shimmin Communications in 2004 after 10 years with Ogilvy Public Relations Worldwide where he was Managing Director of Europe, Middle East and Africa. Shimmin Communications helps build brands on their good days and protect them during the bad days of crisis. Rob specialises in preparing for and managing crises through a combination of crisis simulations, crisis plan drafting and hands on help should bad news strike. When building brand he helps get the story right through brand messaging and told well through media and presentation training. Rob has also been coaching executives for ten years or more.