Rapid economic growth across large swathes of Asia has changed the commercial world and created huge branding and PR opportunities. Given the marked differences between Asia’s leading economies, what does this mean for pan-regional PR strategies, asks Daph

Public relations has its roots in North America more than a hundred years ago. Now a century later, we see a flourishing of public relations of sorts in Asia. A PR publication in India claims that PR started in India in the mid 1950s. In China, PR develops so rapidly only in the last two decades.

Interestingly enough, PR in Taiwan came about when martial law was lifted in 1987, also 20 years ago. In Japan, the first PR department in an agency was established in 1951. In Singapore, however, PR has developed over the last 37 years. Whilst in Hong Kong, one recent statistics showed that more than 70% of PR practitioners work 41-60 hours a week with 28% putting in more than 61 hours of work in a week – an overworked lot!

To many, Asia is seen as a huge single market. But, Asia is certainly not a homogeneous market. The region is diverse in culture, language, religion and political-economic development. It is also these diversities that make Asia such an exciting place to visit and do business.

So, when doing PR in Asia, can one size fit all?

In November last year, the Shanghai Public Relations Association in China celebrated its 20th anniversary with a Sino-Foreign PR Forum in Shanghai Grand Theatre. The forum was entitled "The Next 20 Years: Toward Greater Sino-Foreign Collaboration in Public Relations". Among the more than 20 foreign delegates attending the forum were representatives from various PR associations in United States, United Kingdom, Japan, Korea, Malaysia, Singapore, Indonesia, Taiwan and Hong Kong.

The rest of the delegates were PR professionals representing both local and international PR agencies operating within China and, local and foreign academics. With the gathering of academics and practitioners all in one room, it was clear that there exists a PR divide.

Associations and academics discussed relentlessly the need to formalize PR studies and education with the foreign academics jostling to get a share of the pie to bring western PR education into China. At the other end of the spectrum, local and foreign PR practitioners were in sync in urging market collaboration and professional development to address – the explosive growth of the PR market in China; the acute shortage of talent and media reforms. Let me expound a bit on China as a personal bias because it is a market I am most familiar with outside Singapore.

From a retail and consumer marketing standpoint, China offers a market of over one billion people. For public relations, at this point in time, activities are largely concentrated in Shanghai, Beijing and Guangzhou. Having said that, PR activities are rapidly stepping up in the tier-two cities like Chongqing, Chengdu and Dalian. An annual survey conducted by the China International Public Relations Association (CIPRA) early last year reveals that current market size for PR in China exceeds USD800 million, some 33% increase from last year.

The CIPRA survey reported that the average revenue for a PR agency in China, international and local, for 2005 was USD 4.2 million. An 11.3% increase from the year before whilst the growth rate in terms of staff strength grew by almost 16%, an average across the industry. It is projected that the industry will continue to grow in the next ten years with the market estimated to reach USD 1.8 billion by 2010.

As the speed and scale of growth in the China PR industry continues, it might surprise some that currently only a handful of international PR firms are successfully established in China. Although this number is growing over the years, the mushrooming of local PR agencies far exceeds the rate of international proliferation.

In recent years, online news has become an important media channel in Asia, from the developed world of Japan to the vast emerging economies spread over Asia. A rapidly growing number of people, especially the younger population, get their news online. Increasingly the impact of online news can have far-reaching influence over other forms of media, even the mainstream dailies. Some say that more than 111 million Chinese are online.

Asia is like Europe, especially before the European Union. It is a collection of countries and currencies, speaking in different tongues, living different cultures. These differences not only affect the way business is conducted, they also influence the effectiveness of specific media relations tactics. Differences stem largely from culture and socio-economic background which differ from country to country.

In general, reporters in emerging markets prefer face-to-face meetings, whereas in more developed Singapore and Hong Kong, a simple phone call would do. Each market has its own style of journalism.

In Western cultures, individualism encourages people especially journalists to express personal opinion. This means that journalists often share their own opinion and quote the opinions of others. This culture breeds a more combative style of information gathering and interviews are more probing and aggressive. Journalists are viewed as less friendly and less cooperative.

In Asia, although most journalists prefer personal relationship and one-on-one interviews, styles of journalism differ country to country too. In Japan, open expression of personal opinion is frowned upon. Journalists typically see themselves as gatherers of information. In India, journalists tend to be more open with their emotions. This may make them appear more individualistic but their culture is strongly driven by group dynamics. They are willing to express an opinion and a friendly interview in India may not result in a positive story.

In Chinese societies, relationships are important. Unlike Western culture, the receiving or exchange of gifts is often used to foster good relationships. Media in China is highly fragmented and parochial. There are more than 10,700 newspapers and magazines all over the mainland and, at least, 1,800 radio stations and 2,200 TV channels.

Hong Kong like Singapore, is home to a large community of foreign news media and correspondents. PR tactics tend to be more relationship based and more intimate including lunch meetings, one-on-one interviews and pitching news angles by phone or email. Media events are less popular compared to China and Japan.

The Asian tigers of the early 90s’ economic wonders in Asia have awakened the hidden dragons of the 21st century – China and India. This time the impact will be many times more astounding.

While globalization has opened new markets in Asia to the developed world of the West, it has also given birth to some of the most fast-moving and hungry new multinationals from the emerging economies in Asia. Indian and Chinese companies are starting to give their American and European rivals a run for their money. Going by recent M&A activities, Hindalco and Tata Steel of India have bought some 34 foreign companies for a total of US$10.7billion.

Still in India, Tata Consultancy services and Wipro are forces of reckoning for Accenture and IBM. Over in China, Lenovo bought IBM’s PC business; TCL bought Thomson Electronics. Names like Huawei and Haier are beginning to proliferate the global communication technologies and consumer electronics markets respectively. What this means is that there is a whole new look to branding strategies – globalizing Asian brands. Further afield, Korean’s Samsung and LG and Japan’s Sony are Asian brands that have powered ahead.

Increasingly the economies in Asia are becoming less dependent on the United States. The sheer size of the market in Asia not only makes it self-sufficient – western multinationals scramble to carve a market share for themselves. From the tech parks in Bangalore (India) to the retail shops in Heilungjiang (China) and the emerging markets in Indo-China in between, foreign companies are learning to sell their wares in these strange markets.

Corporate positioning and brand marketing take on uncharted waters with new approaches that are more akin to local cultures and habits. Markets in Asia are highly fragmented. For example, the cell phone model that sells very well in Singapore is not necessarily the one that can sell the same way in Vietnam; or the same brand of cosmetics employs vastly different market entry strategies in markets around Asia. Marketing and promotion of products after all depends on the maturity and development of each market which in this case, is diversely at various stages across Asia.

Fueled by the development and growth in China and India, economists around the world agree that the twenty-first century belongs to Asia. However, there is no one PR formula that will work across the whole Asia. It is a region comprising of a diverse array of markets and cultures. Welcome to Asia. 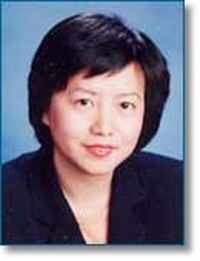 Daphne Liew, PR Consultant, Executive Council member and China adviser Institute of Public Relations of Singapore. Daphne has over 20 years of consulting experience in Asia Pacific working in China, Japan, Hong Kong and Singapore including markets in ASEAN. Earlier in her career she was a senior management consultant with one of the Big Four international accounting firms. In the last fourteen years, she has been a senior consultant and executive in international public relations firms in Asia.