A Contrasting Perspective on Ukraine


Zhenya Pankratieva rebuts some of the points made in an earlier article about Ukraine, arguing that the Public Relations industry in the country has made great strides in recent years and that the problems it faces are not so different from elsewhere.

My article was inspired by a feeling of anger. The anger arose when I read Martin Nunn’s feature about the PR market in Ukraine, published in Frontline last August (click here www.ipra.org/archivefrontlinedetail.asp?issue=August+2008&articleid=879 to read Martin’s piece). I shared my feelings with my colleagues, 20 of the most successful PR specialists in different spheres, and most of them agreed with me.

Let me present to you the pluses and minuses of PR specialists’ work in Ukraine.

We have nearly 400 print editions, nearly 30 TV channels and nearly 30 radio stations in Ukraine. Internet penetration is very low – less than 22%. All the leading media are owned by Ukrainian oligarchs, whose political interests are totally different. For sure this is a big plus – every Ukrainian has the possibility to get two or three different points of view of current situations or events in Ukraine and in the world – because every media has its own message.

PR market players, meanwhile, can be divided into three categories: media people, in-house people, and PR agency people. Business and political PR are two different planets in our country. They do not cross.

We have plenty of media people, i.e. journalists. Only a few of them are famous and popular – because they are real professionals and they specialize in something. Others migrate from one media to another, from one topic to another. Generally the level of journalists can be estimated as relatively low: most of them do not have proper education, or experience in topics.

Nevertheless, still you can find around 150 journalists in Ukraine with high levels of professionalism. They search for information, they acquire deeper knowledge and they have done their jobs for years.

The PR market started in Ukraine around eight to nine years ago. Ukrainians did not have any chance to study PR in Ukraine. For example, I was taught by PRP Weber Shandwick in Moscow, Russia.

Most of my colleagues received their education abroad – and when we returned to Ukraine, we found our places and started to develop PR in our country. Of course, the first years it was difficult. However, over the last three years it has become much easier. The growth in professionalism is obvious.

Denis Bohush, IPRA member since 2005, says: “By the way, political PR in Ukraine is strongly enough developed. On the one hand, because the society is strongly politicized, and on the other hand there are professionals of world level. After all, Victor Yushchenko’s election campaign, which has ended with Orange revolution, was recognized as the best in the world in 2004, and it was done by Ukrainian experts. In business, about 200 PR companies work actively, among them about 40 companies are the members of professional associations: Ukrainian PR League and Ukrainian association UA-PR. They observe ethical and other international codes. In general the market develops dynamically.”

It is always funny to hear that American or European media never take money or services for publication, or that they are not influenced by somebody’s opinion. It is always the same everywhere – and everywhere PR professionals and real journalists struggle against it.

We had a very funny case in 2005 when the Eurovision contest took place in our capital Kiev. Our client, who owns chains of nice hotels and restaurants in Ukraine, received hundreds of letters from leading and not really leading European newspapers and magazines. They were all proposing the same: please, provide us with room and food and we will write whatever you want about you in our media. We still keep these letters for fun.

Of course, the European market is much more developed and it is not easy to notice the consequences of the ‘bribe question’ because journalists care about their reputations and workplaces. In our country the situation is a bit different – only these 150 journalists mentioned above are acting professionally. Yet it should be noted that Ukrainian readers are very skilled at spotting ‘bribe’ materials among others. Readers are very sophisticated in this respect due to their experience of Soviet Union propaganda!

We are very upset about the corruption questions in Ukraine in government, the courts and other organs – and we hope in a few years we will have less of it. Because new people will come anyway – Ukrainians do not want to live amid corruption.

According to Anton Usov, EBRD spokesperson in CIS: “Paid journalism is large, I’m afraid. My personal experience, which is just several months old, shows that so-called ‘independent democratic media’ are more than happy to publish the most ridiculous nonsense when it is well paid for… What can be easily challenged? Government has finally approved a JSC Law, which is designed to limit and eventually kill off such practices as raider attacks. And I found out that two main local professional PR associations are moving toward working together – which is logical, because they do the same things”.

The picture in Ukraine is more positive than some people might have you believe. 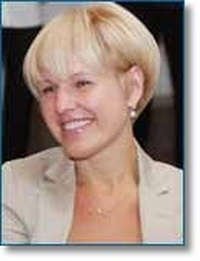