Visible and Positive Despite Diminished Resources


Technology company Unisys has endured major budget cuts yet has managed to keep its PR profile high. By Jim Kerr.

While at a recent holiday event with fellow PR professionals, I had a chance to reflect upon the very real changes this past decade has brought to our profession.

It wasn’t much of a party. Several of the communicators had lost their jobs, victims of the Great Recession of 2009. A few others had been notified that their jobs would be ending early in the New Year. Those still employed weren’t celebrating much either. Because of layoffs and budget cuts, they were working long hours, wearing multiple hats, doing the work of two or three people.

It struck me how differently the decade had ended from how it had begun. Ten years ago we were all partying like, well, it was 1999, high on the sugar rush of the dotcom boom, with money flowing like champagne and the cornucopia of communications jobs for everyone. A decade later, the bubble had popped, the banquet seemingly taken away.

At Unisys, where we have the additional challenge of working through a financial turnaround, our global PR budget is a quarter of what it was two years ago. We’ve eliminated positions, consolidated agencies. As a global technology company with 26,000 people and thousands of customers, there’s no less work to do, no fewer offerings to publicize or regions to cover. There’s just a lot less time and resource to do it all with. Everyone I speak with is in the same boat.

And yet, for all the grim realities of the profession as we enter a new decade, I firmly believe there’s no better time to be in public relations – as long as we’re willing to do things differently than we have in the decade past.

After all, if communications is what we are all about, then the business world is certainly doing a lot more communicating these days. When I began my career in the 1980s, corporations basically had news releases, media interviews, and print publications to get the word out. Today, we have a TV surfer’s menu of communications channels to choose from: blogs, microblogs, web sites, social networking, wikis, YouTube, message boards, email, on and on.

All of these communications streams need to be directed, shaped, influenced, and corralled (as much as possible) to manage our organization’s reputation in the social Web. That’s a big job. And it’s ours, if we’re up for it.

But with the ‘new normal’ of corporate frugality and cost-efficiency, we don’t have luxury of throwing communications programs against the wall to see what sticks. We also don’t have the resources to be the conceivers of big ideas and have other people do our work for us.

We have to be what in consulting parlance is called ‘thinker-doers’ – people who are as smart with their hands as they are with their heads, who are as good writing pitches as creating PowerPoint slides for our management.

As we considered how to tell our own story at Unisys with a quarter of the budget, we knew we had to go about things differently. So we built our PR playbook on a few fundamental principles:

• Focus: While Unisys has dozens of solution offerings and does work in hundreds of countries around the world, we couldn’t afford to cover all of them in our proactive outreach. We also couldn’t cover every technology trade out there.

So we worked with management to prioritize the most important market initiatives and priority countries. Within those countries, we focused our PR activities on a select list of tier 1 and tier 2 outlets that are most influential to our clients. All others fell to the wayside.

• Return on Investment: To show the organization that we are using its precious dollars to move the needle of public perception, we created a graphical ‘PR Dashboard’ that captures key metrics around our PR program. With a click of the mouse, our executive team and marketing clients can see a three-year trend on number of press releases we’ve issued, media mentions in our targeted outlets, the favorability of those mentions; bylined articles we’ve published, and summary results from major campaigns, and other key metrics.

All of these outputs are measured against our spend on external agencies over the same three-year period. Our management can see these metrics on a rolled-up basis and for specific focus areas and countries and regions. In addition to demonstrating return on investment, this kind of dashboard approach goes a long way toward weeding out activities that don’t contribute to the core metrics.

• Collaboration: To do more with less without burning everyone out, it’s important that we work smarter, not harder. We built an extranet site, built in Microsoft SharePoint technology, for use by our internal global team as well as members of our external PR agencies.

Our extended team can use this site to collaborate, share successes and best practices, find common messaging, access pitches and bylined articles, and reuse content. Our PR Dashboard also resides on this site, so everyone can see the metrics we’re delivering for the business.

• Value: With all the content out there on the social Web, it’s getting harder to break through the noise and get our organizations noticed. Fortunately, you don’t need to spend lavishly to get your story out. You just need to make sure you’re providing something of value to reporters and influencers.

To do that, we have also focused a good deal of our PR activities on using original research like the Unisys Security Index, which reports on trends in consumer feelings about security in key countries around the world. We’re also making use of ‘quick polls’ on our Web site and reporting statistics gleaned there using social media channels such as Twitter and Facebook, which cost little to nothing.

These research tidbits are extremely valuable to reporters. In 2009 alone, our biannual Unisys Security Research generated close to 500 positive mentions of Unisys around the world.

By working cost efficiently and focusing on value and ROI, our total media mentions (more than 2,700) were down only about 10% in 2009 despite a 75% reduction in overall budget. And more of those hits were positive for the company and placed in the publications most important to our business.

That’s good news for the company, and for us. 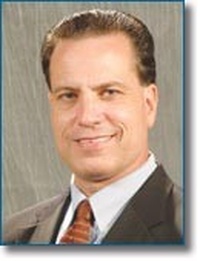 Jim Kerr is vice president of global public relations and regional communications at Unisys Corporation in Blue Bell, Pennsylvania. He holds an MBA from Villanova University and serves on the board of the Philadelphia chapter of the National Investor Relations Institute.