Academic Juan-Carlos Molleda, an expert on Public Relations in Latin America, believes that the policies and actions of the controversial Hugo Chávez administration have re-shaped the way PR is conducted in Venezuela.

Venezuelan President Hugo Chávez is in the international news constantly. His controversial actions, positions, and expressions have caught the attention of the world, as well as forced corporate public relations professionals to learn to perform in a dynamic and tense environment. I formally interviewed 21 professionals in 2004, and since then additional feedback has been provided to me via online communication and documents about issues affecting their practices.

In the title, I use the verb ‘coerces’ because, as international strategic management scholars argue, the influence of society and its institutions may be so powerful that organizations and their behaviors must change – including actions and operations – to comply or conform to the societal or political forces, rather than waiting to adapt or accommodate their behaviors. This type of convoluted and transitional national context characterizes Venezuela.

Alternative views are not encouraged in Venezuela, which make it difficult for practitioners and their organizations to approach the public relations profession from a Western perspective – a definition that assumes plurality as granted and access to competing voices and ideologies. Media relations, for instance, has become more challenging in this South American country because less media access to corporate news is available. News coverage constantly reports daily negative political and economic events to a large extent.

Venezuelan public relations professionals face a climate of intolerance with a subsequent tense political environment. Practitioners demand that their human rights, professional status, expertise, and skills be considered above any political ideology or affiliation. They also are seeking personal and emotional balance to handle their professional responsibilities on behalf of their private organizations.

Practitioners are self-censoring their views in an effort to avoid taking positions or to be identified with the government or opposition groups, and to maintain their organizational equilibrium, survival, and to ease political polarization. They are careful with the use of words, meanings, or ideas in crafting messages or staging events for internal or external publics that could be interpreted as a political message or action.

Professionals develop strategies in response to the conflicting socioeconomic and political environments. They are considering more than one scenario and visualizing possible changes. This implies proactive and creative moves to accomplish organizational goals.

It is becoming difficult to reach consensus among groups, thus conflict resolution and community-building techniques are being used. It is also a great challenge to keep track of the new faces of government officials and constant changes in government agencies and their administrators.
Consequently, more than before, government relations must be carried out in a ‘friendly’ manner; seeking to get to know top officials and assuring them their ideological views are respected, offering institutional support for social programs, lobbying and institutional relations are paramount, yet cumbersome.

In sum, the coercive isomorphic pressures of the socioeconomic and political environments of Venezuela are changing public relations emphases and orientations. The political ideology guiding Chávez’s government has a great emphasis on demanding social equality and the elimination of social exclusion.

People also assume that large private and public-sector corporations must provide social assistance. Empowered citizens are establishing their priorities more actively. Because of the scarcity of corporate resources, professionals need to make social investment strategic. Alarming closings of private businesses result in fewer sources of corporate donations and sponsorships, thus more competition for what is available.

In a positive light, people are more receptive to cultural messages and invitations to cultural activities. They want to escape from the heated social climate.

Practitioners emphasize on institutional messages and subtle and clever communications to ease levels of emotional confrontations. Through public relations every effort to ease political polarization is made even within organizations, highlighting the need for coexistence of both divergent views in which the country is divided. 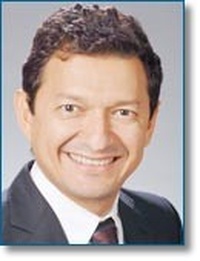