Financial turmoil has thrown into sharp relief the changing nature of our world and brought its complexities to the fore. With this in mind, the opportunities for public affairs experts have never been greater, writes Vivien Hepworth.


It’s a good thing to be put in your place occasionally. I certainly was by a man of the cloth to whom I spoke earnestly about the impact of the collapse of the world’s financial markets last year.

He eyed me appraisingly and responded thus: "You know, in the eyes of the Church, what you are talking about is a mere blip, one that affects people certainly – and some will suffer terribly as a result of unemployment – but you should be thinking on a more long-term basis than just this year or next."

I did feel a tad crushed, because actually I felt he was right. We do live in the moment, constantly assessing the here and now. My defence – and if you like the defence for this article – is that, rather like an illness, a crash of the kind we have experienced makes plain what has been happening underneath for some time.

Let’s start by going global. For so many years, the assertion of globalisation was a mantra without much substance. Those of us who laboured in the public affairs fields talked much of it, but most clients continued to work at national level. Companies were divisionalised, generally silos of competing national interests, and governments the same.

Ok, ok, before you say it, I am fully aware of the importance of the European Commission and its role in generating the majority of important legislation in Europe. It’s just that in a rather curious way it has been rather "siloed" too by our public affairs businesses. We have had country specialists, EU specialists. But not so much joining up as you might think.

Furthermore, many a public affairs company has struggled in vain to win the so-called extra dividend of having offices in Brussels, Washington and London. For a long time, that flow of business was surprisingly weak.

Indeed, beneath all the talk, there was quite a lot of scepticism in the public affairs industry about how much business could really be generated by linking up international capitals. But like a lot of trends, it takes one major event to demonstrate that things really have been changing all along. What the financial regulators and politicians – indeed all of us – are still trying to compute is just how swiftly our financial worlds unravelled last year.

Sometimes I wonder if we will one day liken it to the way WW1 began – we all remember the intricate network of treaties and agreements, some public and some not which, at the critical moment, led unstoppably to the most dreadful war. What happened last year wasn’t a war, but the rapid unravelling of things we had barely understood was not dissimilar.

And before any of us had really gripped the scale of events, we were on the brink of true financial meltdown across the globe – saved, I like to think, by people such as those brilliant mandarins in the UK Treasury who went on 24-hour shift and somehow, goodness only knows how, stopped a total market crash.

The realisation of this – and the way we have begun to behave as a world community, however imperfectly – shifts things. Not only that, governments have been diminished by it. History may say that, au fond, what this was really about was a permanent shift from West to East. The way the West’s world-dominant financial markets worked came to an end, in a mighty crash, and what happens now is a recognition that the emergent markets of the world will increasingly take control.

The mighty American dollar still counts – but not as much. It may even be that this is the first recession the US won’t lead us out of (although I will still take some convincing on that). But national governments looked enfeebled because, to a large degree, they were unable to do very much unless they worked with others. And we saw that.

Interestingly, ever since the crash, we have had more multi-market pitches (including increasingly unusual and interesting combinations of different countries in the world), more London-Brussels work, more inter-connected work than ever before. If you align that to another trend – the shift of global populations to cities – I think it is clear that political power is moving in different directions.

First, there is a desire for major centres of power – e.g. Washington or the European Commission – who can take big decisions. Wasn’t the scariest realisation last year that no-one, anywhere could stop the apparently inexorable crash? Brussels benefits from that. So do other political capitals (and so will effective public affairs networks which can translate what is going on in those different cities).

But the failure of global power has also made people think more about their own local, civil society. Haven’t we all looked round and wondered quite what form our civil society is going to take in such an astonishingly inter-connected world?

Digital campaigning, our ability to support other people, in other parts of the world, is in its infancy. But it is the beginning of something quite transformational. I will never forget the experience of being in Kenya last year as it stood on the edge of civil war after its botched presidential elections. Out in the remotest part of Kenya, in a tribal village, a young man who was showing us how to make fire from sticks held up his mobile phone as I showed him my blackberry. Cue exchange of information about the elections.

The Kenyan government momentarily tried to impose a TV blackout – until they realised that across the country word was being spread by people armed with technology. It totally changed the dynamics. Rich or poor, we all knew the election results had been postponed, and we also thought we knew why.

And what about city power? I mean, isn’t London becoming a city state? And of course the issue of powerful cities – who will in my view increasingly network among themselves and become the power hubs of the world – can be seen as part of the trend towards regionalisation i.e. smaller groupings.

Look at the UK, with its new devolution settlement in Scotland, Wales and Northern Ireland. But in other parts of Europe too, old national boundaries don’t necessarily hold. Certainly not in the former Soviet Union states but also not in Spain or Belgium.

All this means complexity – good news for public affairs consultants. Regulation of our industry is also on the increase – in Brussels, Washington and London for starters – and some people would certainly like to see a future without us. I do think we could make a better job of our own regulations, but as to whether we are needed – goodness me, with the world this difficult to understand I reckon we’ll be needed as never before to try to explain what on earth is going on. 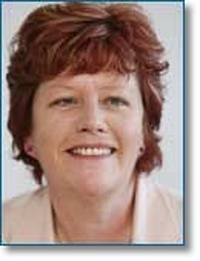