The Value of Ideas


Graham Goodkind believes that the most important thing an agency does is create intellectual property and that the delivery of great ideas should be reflected in fee calculation.

Percy Shaw was driving home to Halifax, in the north west of England, on a densely foggy evening in 1933. The stretch of road he was on was treacherous at the best of times, with a huge drop to the right on one particular section of it.

That day, apparently, the tramlines had been dug up for some surface works so it was even more perilous and only a fragile fence stood between Percy and going off the edge. In the flow of his headlights two points of light suddenly appeared. A cat, sitting on the fence, had possibly saved Percy from a fatal crash. In that instant Percy had a vision of what was to be properly called a ‘roadstud’, but we better know today as the ‘catseye’.

In 1974, while singing with his church choir in North St Paul, Minnesota, Art Fry became frustrated that his bookmarks kept falling out of his hymnbook. Whilst listening to the sermon afterwards and no doubt drifting off a little bit, he came up with idea of using adhesive to anchor his bookmarks. The Post-It note was born.

Light-bulb moments like these are common at my agency, and I’m sure many other PR agencies out there too.

Clients are always looking to us to come up with newer, fresher, better, more challenging ideas. There is massive value placed on coming up with a brilliant creative idea. And rightly so.

A great idea can cross marketing disciplines and be the starting point for a whole integrated communications programme. And it can cross borders and be rolled out, with perhaps slight local variations, in other markets across the globe.

The creation of intellectual property (IP) is for me probably the most important thing that an agency does. But its value clearly does not lie in the actual time it takes to come up with the idea – in many cases a split second like with the Catseye or during a 10-minute sermon in the case of the Post-It – it comes from the quality of the idea itself.

It is therefore to my great amazement that the foundation of the business model of most PR agencies is built on charging by the hour.

Instead of placing a value on the often brilliant IP being created, agencies only charge for the administration and process involved in its implementation. Surely that is completely missing the point? And probably missing the profit.

Creativity at the core

Frank’s whole modus operandi is based around coming up with great ideas. Creativity is at our core. And yes, some of our best ideas for campaigns were generated in a matter of minutes. But the experience, expertise and insight of the team coming up with those brilliant nuggets of genius span years and years.

Charging by the hour doesn’t make sense. It completely ignores the value a PR agency produces and commoditises the whole creative process.

At Frank we’ve ripped up the timesheets (actually, we never had them in the first place).

We charge clients a fee based on two things. Firstly, the value of the IP that we are creating for them; and secondly, the value of the skills of our practitioners to make them happen and get the brilliant results that we expect that IP to be responsible for.

We have found that clients are not really that bothered if it takes us ten minutes or ten days to do the job for them. Results speak for themselves and we work to these, not the clock. We don’t talk time.

Running an agency this way feeds back in to the creative desire and ethos within, too. The better ideas we come up with, the less actual time it takes to implement them. A brilliant story idea for example sells itself and spreads virally without the need for too much legwork.

In addition, not having discussions with clients about time I think also leads to a more harmonious client/agency relationship. I’ve heard so many moans and groans from clients over the years about how their previous agency would threaten to stop work when the hours for that month had been exceeded or how they would spend, ironically, a lot of time just discussing time. We’ve avoided all those potential reasons for a client to grumble and become unhappy.

Being frank though, it is not always that easy to get a client used to value charging, and I guess it is probably even harder to do so if you have always charged by what’s on the clock. We do bang heads with procurement departments on occasions. They want to buy something concrete and measurable, like hours. We want to sell something more intangible I guess. But we have always managed to reach a consensus where everyone agrees that the outcome is more important than the input and we agree a value on that outcome.

Maybe this article has got you thinking that value charging is the best thing since sliced bread? If it has then you can thank Otto Rohwedder, a jeweller from Iowa, who in 1912 while preparing breakfast one morning before going to work in his shop had a brainwave about how his daily loaf of bread would be much easier to consume if it had already been cut into slices. The rest, as they say, is history. 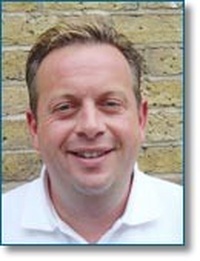