The Elasticity of English


Words mean what the culture wants them to mean, writes Renata Cosby. So be sure to take this into account when communicating in English to different international markets.

"When I use a word,” Humpty Dumpty said, in a rather scornful tone, “it means just what I choose it to mean, neither more nor less.”

“The question is,” said Alice, “whether you can make words mean so many different things.”

In the world of international media relations, Humpty Dumpty’s logic is alive and well. Some 400 million people worldwide speak English fluently as a second language, a number equal to that of native English speakers (source: The Economist, 16.12.06, p. 33).

English is the lingua franca of international affairs, business and science included. But which English is actually spoken or best used in a given environment? Too easily and too often the question is summarily settled: either UK or US English say the powers on high. The question however belies a greater problem, more unknown than overlooked.

Linguists maintain that English is an elastic language. It can absorb words from other languages while retaining its sovereign identity – or creating new ones. So when approaching international markets, the real question to be asked by businesses or universities and their media relations departments is not “Which English?” but rather “What form of English is spoken in our target market?” and to plan accordingly – because, really, whose language is it?

It is a wide assumption, but assuming for a moment that all relevant departments of an international institution, in business or academia, are agreed on an international strategy, the strategy will next be translated into English. This step is where the first strains of what could lead to a breakdown of the strategy occur. Not because of any inherent weakness in the strategy, but rather due to a series of missteps, oversights and assumptions that result in profound confusion and eventual finger-pointing. It all starts here.

Ideally, after translation the strategy should be sent back to the management body for review. Why? Invariably subtle, unintentional changes will have been incorporated into the strategy during the translation process, changes which alter the strategy’s original meaning.

No matter how mundane it may seem, simple review of the translated document by the appropriate body would go a long way towards re-establishing the integrity of the document. Unfortunately, careful review usually falls to an underling whose orders are to ensure stylistic regularity, and who is far enough removed from power to guarantee respectful silence.

But by overlooking the importance of the review process, management misses outstanding differences in the interpretation of English that is often rife right among its own members – for many of whom English is a second or third language. There are two main reasons for this.

The lesson here is that, for native English speakers, English spoken abroad is essentially a foreign language and should be treated accordingly. I come to this knowledge through uncomfortable experience.

• The setting: meetings in business and academia.
• The event: English as the agreed language.
• The result: I understood every word said but not one idea expressed. Mounting frustration and anxiety led to suppressed anger, none of which was conducive to communication.

What was at play here was English as a foreign language to a native English speaker. The problem lay with me because as yet I was ignorant of this peculiar phenomenon; I labored under the unfortunate illusion that, as a native English speaker, I had a natural claim to the language. They were not being clear, I silently accused. Why can’t they make sense, I mocked. Whose language is it, indeed?

English is elastic; it has as many owners as it does versions and perversions. Failure to at least respect this notion could be what fuels the tendency to overlook the answer to “Which English does our target market speak?” and to then be surprised by the subsequent unraveling of the international strategy.

Universities and businesses increasingly establish ventures abroad where some form of English is used as the working language. As the department responsible for rolling out the institutions’ messages to the market, media relations should insist on taking an active role in the planning phase for these ventures.

Early on, for example, which English is spoken in the target market could be determined and mastered because make no mistake: English as a foreign language to native English speakers is nothing less than a new language that must be learned. If not, the department or even the institution may be consigned to odd man out status in already foreign territory. Drawing on its understanding of the communication process and network of contacts, media relations could play a key role helping to avoid some of the linguistic traps that leave black eyes and bruised feelings. 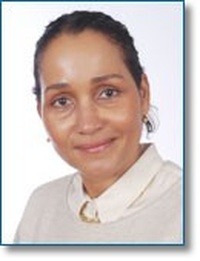 Renata Cosby is a journalist specialised in global communications. Her mandates have included international media relations at ETH Zürich, one of the world’s leading science and technology universities. Ms Cosby is based in Switzerland.