Chris Dobson charts the huge changes that have occurred throughout Central and Eastern Europe in recent years and outlines some of the opportunities created.

Crafting communications campaigns in Europe’s fastest growing markets is in many ways a more complex challenge today than at any time since the sweeping regime changes that followed the events of 1989.

Life is certainly never dull across a region rich in cultural and ethnic diversity. The successful PR professional here, as anywhere, is one who can combine international standards with local insight, relationships and execution.

The days of referring to Eastern Europe as the former Eastern or Communist Bloc are well behind us. Cultural, economic, social and political differences across the region are profound – just as they are in Western Europe – and are widening as these countries emerge from the shadow cast by much of the 20th century. Progress has been marked since the mid-1990s and development, or ‘catch-up’, continues apace.

To the outside observer, this ‘catch-up’ might appear a linear and smooth process, fuelled by high levels of foreign direct investment (FDI) since the early ‘90s. A closer examination, though, reveals a set of countries that at times is struggling to cope with the level of expectations imposed by EU membership and constant international investment; witness the political impasse last year in the Czech Republic, the polarisation politics that is holding back Hungary and the at-times nationalist policies of the recently-deposed Polish government.

Throw in Ukraine’s political merry-go-round, the Kosovo situation, and the recent deterioration of Russian relations with the UK and the EU, and one could be forgiven for reacting with disbelief to my conviction that in business is across the region is better than anywhere in Europe.

Doing business in Russia (Mmd’s largest market), for example, certainly brings its challenges. But most international investors are perfectly willing to deal with these challenges in order to reap the rewards offered in one of the world’s fastest-growing markets (GDP growth pushing 7%).

Likewise, while the effortless growth rates enjoyed across the CEE markets in the 1990s may have dried up, these markets are now emerging into a new phase of steady development; a maturation process that (for example, in consumer markets) will bring greater brand loyalty, higher value purchases and therefore a need for a new ever-more targeted communications.

EU membership (whether actual or potential) has brought a stabilising effect to the region that has allowed investors to persist and succeed in spite of political issues such as those listed above, which in most markets are seen as necessary growing pains towards the holy grail of mature democracies.

Public affairs work in CEE is overwhelmingly driven (indirectly) by Brussels, in particular with transposition and enforcement of the “acquis communautaire”. Serious PR work, and particularly corporate mandates, I see having three current main drivers: domestic companies looking beyond their borders; global private equity firms entering the region; all major companies responding to the rise of activist movements and NGOs.

In South East Europe, we see a region covering Turkey and the non-EU states of former Yugoslavia, as well as Romania and Bulgaria which, while new members of the EU, are culturally, economically and practically unlike anything the EU has ever handled before – and in both cases, having to deal with crippling reputation problems not helped by the anti-immigration agendas of much of the Western European media.

These countries also aspire to ‘catch up’ with the EU but in many ways the prospect of membership for those remaining outside is more distant now than ten years ago, with the Kosovo issue a major stumbling block for Serbia’s membership aspirations, as well as the ‘enlargement fatigue’ being felt in Brussels.

In commercial terms, both Turkey and Romania (like Poland in CEE) have such strong demographic advantages that companies with global aspirations cannot afford to stay out of these crucial markets. This influx of investment is driving a need for strategic communications support from market entry onwards, with the often unfamiliar political environments meaning that informed public affairs advisory services are particularly in strong demand.

Eurasia (also largely known as the Commonwealth of Independent States) is a region Mmd pushed into at the start of this century, being the first Western PR firm to open offices in places like Astana, the capital of Kazakhstan. Russia is now a stable, robust economical and political power, of course, albeit one faced with the considerable challenge of diversifying its economy away from an over-reliance on the energy sector, but already with a fast-developing (and vast) consumer marketplace.

Russia’s ambition to be an economically and militarily strong player in a multi-polar world, straddling Eurasia from Europe to China and with a toehold in the Middle East, will have an ongoing and serious impact in global affairs, while changes on the domestic front will open a world of opportunity for communications consultancies with local delivery: witness the surge of international investment into the finance & banking sectors, the cross-industry march into the Russian regions and the technology leapfrog that has seen new media and the blogosphere become such powerful tools across Russia’s vast territory and 11 time-zones.

The Path Towards Diversification

Other Eurasian countries are further behind in terms of political and commercial development, with most investment concentrated around core strategic industries driven by their natural resources: oil, gas, mining etc. But the path towards diversification is beginning everywhere in the region as political leaders look to flex their muscles and ensure investment deals are agreed (or re-drafted….) on terms that enable re-directing of finance into renewing infrastructure and public services.

The world East of Prague and Vienna and as far West as Central Asia, is therefore a vast and complex one, but one full of opportunity. When one stops to consider that it is only 16 years since the break-up of the Soviet Union, it is remarkable to witness the speed of progress on all fronts across these startling and wonderful countries, with enormous human and geographical resources.

Mmd has been active across the region since 1992, advising many Fortune 500 companies in PR/PA services, and I can safely say that demand has never been greater for well-crafted communications consultancy that can deliver and respond to a real-time understanding of these maturing, complex markets. 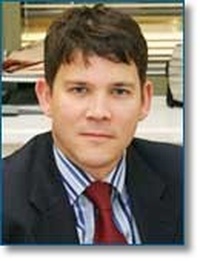