Social Marketing can deliver outstanding results for private and public organisations. But, asks Colin Shevills, what is it exactly?

It’s important to get the definition right, otherwise the organisations that need to work together won’t even be able to get to first base. Social Marketing is, as the National Social Marketing Centre calls it: "The systematic application of marketing, alongside other concepts and techniques, to achieve specific behavioural goals, for a social good." In other words, Social Marketing seeks to influence people to change their lifestyle for the better, whether that’s for the goal of eradicating drink driving, tackling obesity or saving the planet from environmental disaster.

Social Marketing as a concept has been around for some time. Every charity or government initiative that has sought to make people’s lives better has often been termed Social Marketing, but could more accurately be called health promotion. But the difference between, say, the old Green Cross Code road safety ads and the modern strain of Social Marketing is the attitude towards the customer.

Simply telling people what to do, no matter how creatively it’s packaged, just doesn’t work. What is needed is a customer-centric approach, the kind of approach that is second nature to successful brands.

This is an approach that uses a deep understanding of people’s habits, predilections, lifestyles and social environment and delivers through the most appropriate channels whether that’s advertising, press, peer-to-peer networks or something entirely outside of traditional marketing. In other words, it’s modern communications in all their glory and diversity, but applied to the social good.

When done well, Social Marketing doesn’t lecture or even suggest in an authoritarian way. As Bill Smith, Editor of Social Marketing Quarterly says, Social Marketing finds ways to make behaviour change easy, fun and popular rather than boring, difficult and lonely. The best way to achieve the optimum result is to use the power of human nature.

To give you an example, in a US state the authorities had discovered that women in the Latino community were reluctant to use secure car seats for their children. When the authorities conducted research they found out that the mothers considered the babies to be far better off in the mother’s arms, and even if they were involved in an accident then that was God’s will. This insight helped the state come up with a canny solution: a priest to bless the car seats.

This kind of solution involves the community in behaviour change, rather than trying to force it from above. But what can be gained? Obviously, for public organisations the answer is a lot. A major part of the remit of Government departments and Non-Governmental Organisations (NGOs) is behaviour change, from getting the public to use less electricity to eating less fat and sugar. Often these organisations don’t have the same resources and experience as businesses used to running extensive marketing campaigns.

So what can be gained by these private businesses? A company can have its own reasons for effecting behaviour change - for example, a sportswear brand has a vested interest in promoting an active lifestyle. Other companies may need to show they have a credible Corporate Social Responsibility (CSR) policy, part of which could be encouraging their customers to recycle, for example. Others may have a reputation for socially harmful products, and need to prove they are one of the ‘good guys’ by encouraging positive changes in behaviour.

On both sides, public and private, a partnership can often achieve the best results. Public organisations such as NGOs will acquire the marketing expertise (and budget) of a private business while the private company gains the integrity, passion and expertise of the public organisation.

A partnership could range from a quick, tactical win lasting only months to a long, strategic relationship lasting years. Whichever it is, a Social Marketing partnership should be subject to the same considerations as any other deal.

First, is your company a good fit with you partner? This doesn’t necessarily mean you have brand values that are compatible or that you even appeal to the same audience. You simply have to have a singular set of results in mind. What kind of company are you – conservative or community-based? Is your mission to serve shareholders or do you care about the stakeholders in the wider community?

Your partner’s goals should be aligned with yours in respect to these goals, or, if they’re not, you should both at least be honest and find a way to satisfy both of your needs. If your goals are truly aligned, then all kinds of unlikely partnerships can suddenly make sense.

The key to successful Social Marketing is understanding and empowering the target market. An exceptional example of this is the TRUTH campaign in Florida, with PR conducted by Porter Novelli, which sought to reduce the number of teenage smokers. The campaign needed an imaginative execution and it needed to work, because the money to fund it had come from a lawsuit directed at the tobacco industry.

The central genius of TRUTH was the decision to find out what motivated teenagers to reject tobacco, which turned out not to be the health risks of smoking but the lies being told to them by the tobacco industry. The campaign gathered a group of youngsters together to form a core group to discuss the message that not smoking was a blow for freedom and individuality.

This countered the very same message being used by the tobacco industry, which was painting smoking as a glamorous and individualistic choice. TRUTH became an integrated campaign that stretched across TV, radio and cinema ads, merchandise such as stickers and t-shirts, pressure groups and a travelling TRUTH truck.

TRUTH worked. From 1998 to 2000, smoking among middle school children fell by 19.4%, while smoking among high school students fell 8%. TRUTH was a success because the political will and resources existed to construct a campaign based on thorough, segmented user research and market insight. And it encouraged the audience to speak for themselves.

In the end, no one wants to be dictated to. The art of Social Marketing is making people believe change is what they wanted all along. 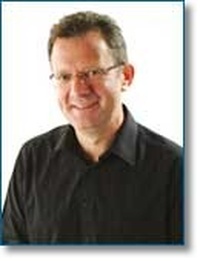 Colin Shevills is a social marketing expert and director at Porter Novelli.