Sprinting Away from Trouble


The 24-hour news cycle has made crisis communication a much greater challenge for sports superstars and their team. By John Maroon.

In the spring of 1993, I was the Media Relations Director for Major League Baseball team The Cleveland Indians. There was one off day during spring training, March 22, so everyone dispersed and enjoyed themselves. My wife and I drove from Winter Haven, FL to Orlando for the day. That afternoon, a couple of hours north, tragedy struck.

Three Indians pitchers, Steve Olin, Tim Crews and Bobby Ojeda, were in a boating accident. Steve died immediately. Tim suffered through the night and died the next morning and Bobby survived despite losing a lot of blood.

We were driving back from Orlando when I was flagged down in a car by two other players, Kenny Lofton and Thomas Howard, who said they heard that one of the guys was in an accident but they didn’t know what happened.

I drove to the team hotel where word of some kind of incident was spreading and I ran to the pay phone and called our General Manager, John Hart, who asked me to go to his place right away.

I guess the point that I am trying to make is that this was only 15 years ago and there wasn’t instant information on the internet and hence through the radio and television. We didn’t have cell phones, email and blackberries so the spreading of information was much, much slower than it is today.

As we can see, today news is delivered immediately through all sorts of avenues. Even when print publications break a story they rush to get it up on their website so that they are credited with the scoop. When New York Giants receiver Plaxico Burress shot himself in the leg it was on ESPN in the middle of the night.

Because of the relatively new 24-hour news cycle, public relations professionals are forced to be far more reactive to situations that may arise. In many ways this is a positive thing because there are so many more outlets covering sports and so many more places to go to disseminate news. The negatives or challenges usually arise in a crisis situation like the one that involved Burress.

It is key for a PR person, when faced with something that catches them off guard, to remain calm, analyze the situation and refrain from reacting to the media inquiries until she or he has had a chance to get their facts straight, speak with key members of their organization and formulate a position on which the organization is in agreement.

The most difficult thing to do in today’s 24-hour world is to get your team on the same page and remain consistent with your responses to a never-ending stream of questions from the press. One way to maintain some semblance of control is by limiting the number of people in the organization who will speak to the media.

The New York Giants have done an outstanding job in this regard and have utilized their head coach and PR person as the primary team spokesman. They have also reviewed everything with the rest of their team and worked with the players on how best to answer the tough questions. It is never perfect but it is clear they have all done very well in a tough situation in the largest media market in the world.

It is a whole new world. Immediacy increases and the sources for news are growing every day. Much of this is a welcome development for PR practitioners as it gives us greater resources to tell our audiences what we want them to know.

However, in a crisis situation is can be a great challenge. Just remember to wait and think before reacting, limit the number of spokespersons that the media has access to and get the entire organization on the same page. 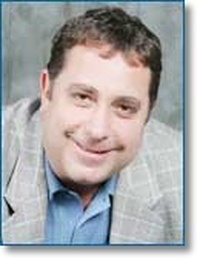 John Maroon is President of Marriottsville, MD based Maroon PR. Maroon PR was established in April of 2006 and represents clients such as Cal Ripken and the Cal Ripken, Sr. Foundation, the Carmelo Anthony Foundation, Major League pitcher Jamie Moyer, the World Series of Poker and USA Football. Prior to starting the agency Maroon served as Vice-President of Communications for Ripken Baseball, Director of Public Relations for the Baltimore Orioles, Director of Media Relations for the Cleveland Indians and VP of Communications for the Washington Redskins.