Asia is an exciting region in which to do business, almost the only place in the world economy where you can expect hyper growth still to take place, home as it is to two of the most populated nations in the world.

The Asia region is, and will continue to be, the world’s leading manufacturing hub. As a result, many corporations from the US and Europe have set up offices and businesses in the region with the aim of benefiting from the growth.

When companies are established, the need to deploy Marketing and PR is almost immediate. However, PR practices and principles, transplanted directly from the US and the UK without tailoring to the specific Asian market can lose relevance in the media and ultimately in the market you are targeting.

One of the greatest challenges in doing PR for Asia is to really understand and embrace that Asia is a complex and fragmented market. It is not homogenous like the US and not a place where English is as widely spoken as in Europe.

Asia as a region is made up of approximately 13 key markets, with multiple borders, each offering different cultures, customs, laws, currencies and languages. PR practitioners need to look at Asia not as a whole region but to ensure that every PR message is very much tailored to the specific Asian market that they are reaching out to, whether be it in China, Malaysia, Japan or India.

For a company whose nature of business is primarily in consulting, thought leadership would make up the key cornerstones of its PR strategy. However, what may work in Singapore, may not work in the Philippines, or in Korea, and what may have worked in the US may not translate well in Asia.

Let me illustrate this with an example. A US-based research company sent out a press release announcing salary projection data after surveying several hundred MNC companies in an Asian market to the media.

The data came out to be one percent less than the previous year’s salary hike projection, but was on average a little higher a projection than what was expected and what had been written about in the press, given the looming recession. The result was several rounds of negative media articles where government ministers denounced the data, suggesting that the company responsible for the well-established survey was overly optimistic given the economic meltdown.

Immediately after, a series of media articles came out from the government addressing clearly the wage guidelines for companies to take up in order to keep staff employed. The company was then left to do a series of fence-mending exercises with ministry bodies and to provide an assurance that it will check in with the government next time it is to release salary data.

In short, the government of this Asian nation does not welcome surprises in the press. Luckily for the company, no long-term damage was done to its reputation.

In the US and for the most part in the UK, this would not have been an issue. But for some markets in Asia, understanding the government’s agenda prior to distributing data that may go against the government’s plans is desired, and a tailored approach with the buy-in of the government would be essential for a company’s PR communications.

You do need to tailor PR messaging to each market specifically. For instance, if your company wishes to conduct a series of road shows across Asia in the English language, you would never send out an invitation to the Chinese media.

More often than not, the Chinese press will feel that the company holding the event is culturally insensitive. Hence, they may become disengaged with your brand and the products and services you may be trying to position. Or worse, they may be asked to find a way to cover it and will resort to reporting from other sources, thereby leading to possible misinterpretations and biases.

For companies deploying PR in markets like China and Taiwan, Japan and Korea and to some extent Thailand, it is best to translate the material or provide content in the local media’s languages to achieve the best results.

Obtain a dependable Asia Pacific calendar with public holidays and festivals clearly in place, and never conduct PR activities a few days before a religious festival. Asia enjoys many public holidays, never more so than in places like China and Hong Kong and Taiwan where weeks may be taken off for Chinese New Year celebrations, or in the case of Japan, Golden Week. This is because your communications will never be covered as journalists tend to go on leave around this time.

If you have a regional PR story where you might be discussing which market in Asia has the best transport infrastructure, or where there is a ranking of which places people like to visit as a tourist, to retire or to work as expatriates, etc… try to be upbeat in your news release messaging across all markets, even if one market fares worse than its neighbors.

It is OK for the press to interpret surveys and ranking results, but never let a quote in your release talk badly about a market, not if you don’t want your work permit revoked if you are a foreign company.

The reason behind this is that Asia, and in particular the ASEAN markets, work closely together, and it is important that businesses are seen to be supportive of all the nations and not indirectly disparage one market against the other. If the press pick up the study with a negative slant, that is fine, but in the PR communications, be sure to be diplomatic at all times.

What makes the media tick

If you have a limited budget when trying to reach Asian markets across the region, then it may pay to know India and China has the biggest media pool in the region, so if pitched well enough, the news clips will be extremely robust. India in particular has an insatiable media pool and may run anything including content that is more global in nature. Whereas in Singapore, the media may be more discerning in running news that relates specifically to Singapore.

In Hong Kong, where a lot of Asia regional media sit, journalists are keen on business and financial news affecting the region, but they have shown themselves to be extra keen on stories that may dovetail on China, as well as stories that discusses Singapore and Hong Kong, and vice versa. It seems the unspoken competitiveness of these two markets make for good news.

And last but not least, when discussing Taiwan, be sure that you do not refer to it as a country, but a market, due to the sensitivity with regards to China.

In conclusion, Asia is a hugely complicated and fragmented region. To treat it as one market and to deploy a blanket approach in your PR communications, without regard for the many different markets all with different laws, customs, political and financial infrastructure is a sure way to be dismissed as irrelevant and insensitive.

If you tailor your messages and communications and treat each market in the Asia region as its own nation, you will reap the benefits. 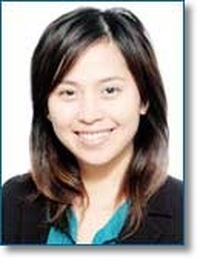 Mylinh Lee Cheung is a public relations specialist who has nearly 14 years’ experience working across Asia Pacific as a consultant and in an in-house capacity. She is currently head of Asia PR for a US multinational corporation in Singapore