Research into the impact of social media on the purchasing behaviour of female internet users across Greater China points up some interesting regional variations, reveals Richard Tsang.

SPRG conducted an on-line survey in September 2010, covering the impact of social media on the purchasing behaviour of female internet users. We specifically targeted women aged 18 to 40, examining how they perceive consumer brands that are promoted on the Web, and specifically cater for the Greater China region.

A total of 1,993 valid responses were received within a one-week period, comprising women from mainland China (mainly tier one cities like Beijing and Shanghai) – 40%, Taiwan – 41%, and Hong Kong – 19%. Based on the findings, we uncovered some very interesting information to share with Frontline readers.

One major difference between our survey and that of others in the past is our decision to extend the age group to include 18-year-old respondents (other surveys mainly focused on age groups starting from 25). Moreover, we intentionally focused on females. Both decisions were based on growing reports that reiterate women are fast becoming the most influential consumers, whether at home or at the office. International media have even forecasted that in the next 15 years, females will possess over 80% of the world’s consumption power.

Social media in this survey refers to blogs, photo and video sharing sites, microblogs, social networking media and instant messaging. Findings show that this form of online word-of-mouth is growing in influence with more than 90% of female internet users admitting to having their purchase decisions affected by social media.

About 54% of respondents used one to two social media platform(s) while close to 50% use three or more platforms. They spent an average of three to five hours a day on the Net, which suggests that some may even be surfing the Web during their office hours.

One more interesting observation is that mainland Chinese users are most willing to share their experiences and express opinions via social media, whereas their Hong Kong counterparts mainly search and obtain information from the Web, but are reluctant to share.

Products that are most effectively promoted using social media are consumer electronics, fashion accessories (such as cosmetics, clothing and shoes) and audio visual entertainment products, while the least effective are furniture, motor vehicles and household products.

While we are all Chinese people, those in mainland China, Hong Kong and Taiwan are vastly different from one another. In fact, Chinese from different cities in mainland China have their own unique wants and needs. Hence, when marketers are accessing the Greater China markets, special effort must be made to clearly identify and understand their target audience.

In my personal opinion, the most likely reason why women in mainland China are highly active participants on the Net and also most influenced by social media is due to accessibility – or lack of information channels. With China being a vast country and information not always available, they are more dependent on the Net. In contrast, Hong Kong is such a small city where you can easily go and physically touch and see the products you want to buy that social media has less relevance.

The available channels for people to voice their opinions may be another factor. There are many platforms for Hong Kong people to state their opinions; no matter if they are big issues relating with politics or the economy, or reviews on consumer products. Hong Kong is also a small market compared to mainland China, or even Taiwan. Therefore the traditional media still plays an important role in promoting products and brands.

In mainland China, traditional media is still controlled by the government and mainly covers political and economy-related news, i.e. major topics, hence space for consumer products is scarce. Consequently, the Web has become the ideal conduit for people to share their experiences, and at the same time, a good platform for brand owners to promote their products.

A final issue I wish to touch on concerns social media’s credibility. How believable are the views expressed and whether the brand owners are trying to manipulate results and opinions on the Web are major concerns. Indeed, disastrous consequences likely await those companies that use social media purely for their own ends, as people will either be weary of what they say or ignore them altogether. In the end, protecting your reputation truly has no boundaries! 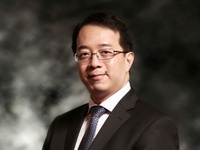