Arthur E.F. Wiese, Jr. has seen a seismic shift in the nature of communications over the course of a distinguished career in journalism and PR. How, he wonders, will communicators of the future connect with audiences.

When I started my newspaper career in the 1960s, we were communications Neanderthals. I interviewed sources on a dial telephone. I took notes with a pencil in a reporter’s notebook. I punched out articles on an upright typewriter that weighed 40 pounds. (We still didn’t have electric typewriters, much less computers, when I left the business 17 years later.)

Once I finished a story I would yell “copy” and a young man would grab my typewritten, hand-edited pages (including the carbons) and deliver them to the city desk. There an editor, also wielding a pencil, would butcher my golden prose, then pass what was left to the copy desk to drain away residual poetry.

The remains would be whisked through overhead pneumatic tubes to the composing room. The details of what happened there, of linotype machines and the rest of the archaic production process, are too primitive to relate. Ultimately, the final news product – facetiously called a “daily miracle” – would be sold on street corners or tossed into home gutters by small boys on bicycles.

Compared to today’s communications technology – instant information, global coverage, 24/7, all at the touch of a computer key – our ancient news system amounted to scratching pictographs on cave walls.

Moving to the Dark Side

Everything since has been altered, multiple times. The tools of our public relations trade keep being reinvented, with no end in sight. When I left newspapering for The Dark Side in 1982, there were no cell phones, fax machines, personal computers, talk radio, satellite printing, cycle-free news cycles, World Wide Web, e-mail, Blackberries, Palm Pilots, text messaging, blogs, Podcasts, V-casts, broadband or message boards.

Yet beware the siren lure of the new. The technological revolution of the last 25 years – in many way a boon to public relations – also constitutes our greatest future challenge. How will we effectively practice mass communications when, as seems possible, there ceases to be a mass audience or a mass media?

If the Gutenberg press, with its introduction of movable type, was the most important innovation of the Second Millennium – as a panel of historians recently decreed – the early favorite for that honor in the Third Millennium is another communications breakthrough with even more radical ramifications: the Internet. Already it is fundamentally changing journalism, the definitions of news and media, and the parameters of our profession.

Because of the Internet, the volume of information has exploded. This is the Era of the Download, a manic moment when we all are engulfed in data, often without filters or editing, context or perspective. Some 3,000 new books now are being published – every day. Technical knowledge is doubling – every two years. By 2023 there may be a computer available for as little as $1,000 U.S. with more computation capability than the human mind.

With all this occurring, who will be the “public” in future public relations? It’s a safe bet they will be unlike current audiences. They will want to receive information through means quite different than the traditional media we have depended upon.

In the Internet’s wake, communications already are being transformed. Newspaper circulation – especially in the United States – is plummeting. For Americans born since 1975, a newspaper increasingly seems irrelevant. Only 25 percent of them read one daily, compared to 75 percent of their grandparents. For the first time in decades, more magazines are closing than being launched. Tina Brown, former editor of Vanity Fair and The New Yorker, calls hers “a dying profession.”

U.S. television news viewership has fallen dramatically, both at network and local levels. So has radio listenership. Many persons under 40 have stopped following news altogether. Presumably they are so awash in information, so bombarded by messages, that they are tuning out everything not directly tied to their own lives, families and personal interests.

Conventional advertising isn’t reaching this new “public.” It’s sputtering. Almost the only growth in advertising revenue is online because, as the traditional media have withered, use of the Internet has mushroomed. Yahoo! has 477 million global users a month, up 19 percent from only a year ago. Google can’t even count its advertisers and vendors – somewhere between 500,000 and 1 million – and the number of paid clicks on its Web site in the first quarter of 2007 rose 51 percent.

Clearly, the people most addicted to following news are migrating online at a tremendous rate. As these news consumers move, so do the newsmakers. Consider this: In 1979, when I was president of the National Press Club in Washington, virtually every U.S. presidential candidate launched his campaign with a news conference there. This year, when Hillary Clinton, Barrack Obama and John McCain announced their White House campaigns, they didn’t do it in any conventional space. Instead, they did it literally in space – online.

For us in public relations, these developments are profound. The traditional news media have been our conduits for reaching a mass audience and, in democracies, for forging political consensus. How do we accomplish that when information and news no longer will be transmitted through a dozen or even 100 outlets but through millions of Internet sites, blogs and Podcasts?

How do we reach a whole nation – or even a community or consumer segment – when fewer and fewer people want to receive information through any method – they just want to be left alone? Will those we can reach through the “new media” trust the information now that anyone with prejudice and a computer is a “journalist,” when editors and fact-checkers are becoming obsolete, when there is no pretense of balance anymore?

Communications dinosaurs like me, those who don’t know an RSS from an i-Pod and who think the Blogosphere is a former Soviet republic, won’t face the brunt of all this.

As I prepare to do so in a few years, I’d love to leave behind a magic solution for other practitioners. Unfortunately, I haven’t a clue. All I can do is observe, as Heraclitus did 2,500 years ago, that in this world “nothing endures but change.” 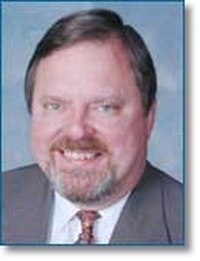