Laurence Lee considers the impact of the current economic gloom on communications and corporate reputation.

The Chinese have a saying – ‘may you live in interesting times’ – and for a country that loves stability above everything, it’s meant as an insult rather than a compliment. Certainly, it’s no exaggeration to say that the last few weeks have represented history being made before our eyes.

As we’ve watched the screens turning red all over the financial world, many commentators have already started to acknowledge that the crisis is reshaping the world order. The broadsheets, and the documentary makers, are already writing the first drafts of history, and it doesn’t make pretty viewing for many institutions concerned about their brand values.

Of course, for ordinary people sitting at home and watching it all happen, worries are entirely different – more mundane but vitally important – will we have a job in a year’s time, how will we get through the winter? The point for everyone is that the world has begun to change, very quickly, and will continue to do so over the months and years ahead.

For the media this means several things. Firstly, how can you believe what people tell you? Cynicism is rife, and traits like honesty, integrity, trust and transparency will be tested as never before. Some once solid brands are now next to worthless, and will take a huge amount of rebuilding.

This in turn means that making predictions is becoming next to impossible. Think back just a few months to how the UK Government hoped a temporary holiday in stamp duty might give the housing market the kick-start it needed to avoid recession. That joke’s not funny any more.

The reason no one – apart from George Soros – predicted this happening is that some of our most trusted institutions hid the terrible truth. The media will take a lot of convincing that our financial and political leaders can get us out of this unscathed.

Secondly, the impact of the recession will fall out in various different ways in the news. At least one national newspaper editor has apparently ordered his staff to only produce good news stories to alleviate the welter of bad news, and there is certainly a currency for stories which, in a counter-intuitive way, break the cycle of gloom.

Fun in the sun

Expect more stories about how the super-rich are having fun in the sun while we’re all broke, or even quite simple but happy stories to try to cheer us up. Anyone who has something good to say about the world might find that the media isn’t always as interested in bad news as they might think.

Even so, as Christmas approaches there will undoubtedly be a pile of headlines like ‘How to make your own Christmas presents’ or ‘Surviving the festive season on a shoestring’. For ordinary people who never experienced recession, it’s going to be the most miserable Yuletide ever, and next year’s not going to be much fun either, with the housing market bumping along the bottom and worse news arriving every month.

The story will continue to move fast, as the economy, and we, have to adapt to these new realities. And therefore messaging has to become more agile than ever.

What’s in the Sun

Even as I write this I’m looking at the Sun newspaper, which on just one double-page spread has stories including how Asda is vowing not to increase fuel prices at the pumps for ten days even if OPEC chokes off the oil supply; how Alan Sugar and a raft of other well known names from industry are backing the Sun’s campaign to help small businesses with hints and tips as the banks threaten to foreclose; and how a pub landlord called Tony Rabbitts has come up with a one-pound meal to get people through the door. They’re all variations on a theme – please can someone give us some answers about how we’re going to get through this.

What this all means is that now, as never before, is a critical time for PR. Any organisation which can either provide good news in a crisis, or answer a need in society in some way, or present itself as particularly trustworthy and honest, will be on to a winner.

As companies seek to cut costs, it may be argued that PR, rather than being expendable, should be advantageous. It’s comparatively inexpensive against advertising, but answers public concerns about issues like integrity far better than above-the-line.

I wonder what people at home think when they watch some of the banks – which have had to be bailed out by the Government – continuing to deliver happy messages in TV adverts, rather than shoring up their reputations with their customers by being prepared to put themselves in front of journalists. It seems to me that as an industry, we have a duty to our clients to be there for them in such interesting times – and we may find that we’re especially valuable to them just now as well. 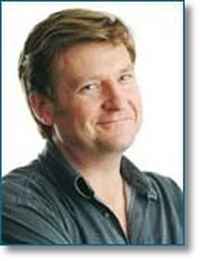