The strong growth enjoyed by the Public Relations sector in Poland is threatened by the deterioration in the global economic climate. But, argues Jacek Jakubczyk, the country is better placed to cope than many others.

A promotional campaign for Poland recently ran on CNN. In one week, CNN viewers were able to see 15 hours of programming on Poland as part of the Eye on Poland series. This is the network’s first such comprehensive coverage of the country’s economic development and the achievements of the last 19 years of transformation, as well as its rich culture and tourist destinations, accompanied by snapshots of daily life in some of the major cities. The series coincided with an advertising campaign: four different executions aired almost 2,000 times in total.

The reason why I mention this is that the public sector in Poland is growing in significance as a market for communications activities. Recently I have taken part in several conferences that provided an opportunity for spokespersons and other individuals in charge of communications at regional government offices to broaden their knowledge of PR, new trends, etc. This sector is clearly becoming more professional, and agencies increasingly perceive it as a potential source of revenue.

In fact, the sector may become even more important as, due to the global economic slowdown, agencies expect cuts in corporate communications and public relations budgets. Under these circumstances, the public sector may become an attractive alternative for the agencies, especially since EU funds are available for such activities as regional promotion, and are being used by local government agencies with increasing efficiency.

The last few years have been a period of constant growth in the Polish public relations market: according to conservative estimates, the industry has been growing at a rate of 15 to 20 per cent every year.

A number of factors have contributed to such rapid growth. Key drivers include the high rate of economic growth (approximately 6 per cent per annum), accession to the European Union and the influx of both capital and direct investment from abroad, as well as the increasing understanding of the strategic importance of corporate PR, public relations tools, and the overall role of PR.

Ten years ago, the recipients of PR services were predominantly international corporations; today, more and more Polish companies follow their lead. Interestingly, this also includes small and medium businesses with domestic capital. Why such an interest? Taking a closer look at the Polish customers with whom I have had the opportunity to work, I have noticed a number of factors contributing to the increased interest.

Firstly, many managers currently working for Polish companies gained their work experience at international companies, where they understood the importance of PR and learned to use it in their business operations.

Secondly, and rightly so, PR is considered by these companies as the most effective tool for communicating with their business environments. Unfortunately, some of them still consider PR to be a cheaper alternative to advertising, but that is probably also the issue with Western PR. After all, such indicators as AVE and credibility factor have arrived from the West, and still appear too often in corporate periodic report templates.

However, one has to state with confidence that Polish companies are becoming better, although demanding, customers for PR agencies. They are aware of the tools and the role of PR, but at the same time, they are conscious about their spending and make a number of evaluations before accepting new PR budgets.

The agency market in Poland, valued at approximately €70 to 80 million, is still dominated by local agencies. According to revenue rankings, more than 80 per cent of the top 20 agencies are local companies with Polish capital.

Large networks still prefer the conservative affiliate model or joint ventures, and the appearance of new players on the market has often been a cause for increased excitement. For example, the launch of Edelman’s Polish branch office turned into a scandal as the company acquired key employees of BCA, an agency with which it was previously bound by an affiliation agreement.

International networks seem to be taking the Polish market more and more seriously, therefore I predict that the next two to three years will see far more spectacular capital and ownership changes than before, including takeovers, mergers and consolidations. One should also take notice of the country’s increasing role in Central and Eastern Europe, with an increasing number of international corporations choosing to establish their management and coordination centers for the entire CEE region in Poland. Naturally, one of their functions is communications.

This testifies not only to the maturity of the market, but also to the trust that is put in local managers. As Daniel Verpeaux of Euro RSCG Worldwide PR said in one of his interviews, “the Polish market is now similar to the Italian market of five years ago, still not being entirely stable. However, in the next five years, it will become similar to that in the UK, which is high on the maturity scale.”

Therefore, if one is considering establishing a presence in the Polish market, this may be one of the last opportunities to take advantage of such relatively favorable conditions.

The constant growth of the PR industry has also been reflected in salaries. A particularly significant increase occurred between 2005 and 2007, where conservative estimates put salary rises at as much as 30 to 35 per cent. In 2006 and 2007, agencies experienced a period of turmoil, with headhunters upping the ante; this was also a period of significant staff turnover.

The spiraling increase was also fueled by irresponsible publications in the press, quoting a variety of pay indexes that were not verified by the market. Today, the situation is much more stable and predictable. Employees increasingly pay attention to non-financial rewards, such as security, and to soft factors. The current salary level in the industry is comparable to that in certain West European countries. According to a study performed at the end of 2007 by AG Test and Proto, an industry site:

Importantly, more that 75 per cent of employees stated that they were fully satisfied with their wages. The impending financial crisis is certain to validate these levels, but I would not expect significant reductions.

What will the coming year bring? It is difficult to overlook the global crisis, which will certainly affect the PR market as well. Virtually every day there is news of further trouble in financial institutions and entire industries worldwide.

However, due to a number of factors including good economic conditions and a conservative financial market model, Poland has been able to withstand the consequences of the crisis so far, or at least the scale of the problem has been much smaller than in many other countries.

The PR market has always been a good indicator of the overall mood and economic situation. Certainly, the crisis will be reflected in communications budgets, but I expect the magnitude of such impact to be much smaller than in 2001 and 2002, when PR was the first area to be affected by cost cuts.

Today, managers are much more aware of the significance of PR. Therefore, one should rather expect shifts within the overall marketing budgets, with resources being reallocated to the most efficient means of communication. 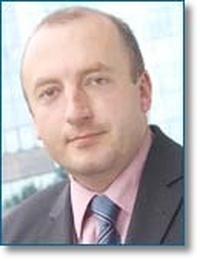 Jacek Jakubczyk is founder and President of ITBC Communication. He has participated in dozens of communications projects for Polish and international companies, spanning various tasks from strategy development to corporate PR and crisis management. Also, he has taken part in a number of projects for foreign companies entering the Polish market.