In the Abrahamic religions, all of which hail from the Middle East, rumination offers a clear indication as to whether an animal is ‘spiritually’ clean, or suitable for consumption. Allegorically, this opinion piece ruminates on anecdotal Middle Eastern experiences - where it is argued that some historical metonyms lead to misunderstandings. Now, under the shadow of recent events, can an argument be made for ‘burying’ terms like East and West?

The shifting sands of the swarthy East

As ‘The West’ embarked on its path of enlightenment and discovery, the term Orientalism became applied progressively further East – necessitating the introduction of further descriptors, such as: the Near, Middle, and Far East. Furthermore, each of these terms represents the tip of an iceberg, rooted in subtexts, generalisations and for want of a better term, baggage. This is not to say that the ‘Middle East’ hasn’t played a similar hand. Maghrib, the Arabic word for West,shares the same Arabic root word as those for: stranger, odd, sieve, exile, impetuous, violent, separate and sunset, amongst others.

Comparably, it could be argued that the longest lasting legacy of colonialism and the slave trade, will be that black has become synonymous with ethnicity, despite ‘black’ not fulfilling the basic definitive requirements of ethnicity. Namely, a homogenous social group of people, sharing national and cultural traditions. And so, with such paradoxical terms in common use: is this really a problem and what alternatives exist? I would argue, ‘yes’ it is a problem – but pragmatically, one solution lies in adopting an approach of intuitive hermeneutic palliation. Put simply, (1) draw from as many forms of communication and expression as possible: linguistic, cultural, artistic, geographic, sociological; and (2) make the ‘disease’ and symptoms less severe, without removing the cause.


East is East and West is West? Debunking myths, using the virtual world of netnography

The Internet reaffirms what we already know about human nature. Everyone wants to be: informed, communicate, contribute to a self-defined community, improve, and be remembered. Of course, how these are achieved and are understood differs from person to person and community to community. However, what social media appears to be doing is opening a window into the psyche of cultures, traditionally thought of as being high-context - and therefore not only exclusive, but also for those outside of ‘the group’, elusive.

Furthermore, stakeholder analysis is becoming more complicated and the role of a ‘gatekeeper’ appears to be a more collaborative and diffused concept. In response, netnography is an ethnographic method using Web 2.0. Interestingly, when observing how we all express emoticons, using the same Latin alphabet, there appear to be distinct cultural differences.

In the Middle East, there are often perceptions that headscarves, beards and flowing robes cover modesty and signal conformity. However, when cross-referenced against avatars and web discussions, it becomes apparent that they in fact veil another level of socialisation. Now, these facts are documented, debated and communicated online and for all to see. Conspicuous consumption exists, albeit the fact that it may be largely confined to the home, or behind a computer screen and mobile phone.

Recent trips to the Middle East highlight that Iran is the centre for cosmetic and dental surgery; and a full array of revealing clothing is available even in Mecca, in the Kingdom of Saudi Arabia. Bollywood films, whilst largely dealing with stories about characters, from the polytheistic religions of the Indian sub-continent, are popular in the monotheistic and Muslim Middle East and North Africa. Where countries impose restrictions on websites and entertainment, a young and technologically savvy Internet generation, are able to circumnavigate blocks, using proxy settings and Bit Torrent downloads. Furthermore, in response to the thirst for rolling news, media providers are relying upon user-generated content, to offer breaking stories, from the ground level.

The Floating World is an allusion to the term often used to describe the urban pleasure seeking lifestyle, of the Edo period in Japan’s history. Floating World is a translation of the Japanese word, ukiyo. This term collectively covers: tea houses, theatres, actors, celebrities, geisha, brothels, middle class, sumo wrestlers, samurai, and merchants of the time - who have been preserved in many wood-block prints, known as ukiyo-e (pictures of the floating world).

Ironically, ukiyo also has a homophone, which means ‘Sorrowful World’. And, the Sorrowful World is the Buddhist place of death and rebirth, from which one seeks liberation. In Arabic the word surah has two homophones, which when translated mean either: a chapter of the Holy Qur’an, or a picture. In fact the root word from which Arabic is derived, means to state clearly, to declare, or to give a hansel. The analogy being drawn here presents four levels of meaning, in that:

1. The Floating World as a phenomenon is present around modern urban developed societies - which sheikhs in the Middle East are having to consider, in their quest to expand and develop the region
2. It captures reflections on whether urban life is ‘pleasure seeking’ or ‘sorrowful’, when examining consumption and urbanisation
3. Public Relations is core to many of these activities and governs many of the relationships with products, services, activities and the people described in the floating world
4. These aspects of life are cultural artefacts, in which there is an inherent value in preserving them, through painting pictures. I would argue that Public Relations practitioners attempt to achieve similar ideals to those of woodblock print artists.

Surrogate cultural chameleons, versed in the canons of classical rhetoric

Critical to success is story telling - delivered by practitioners who are able to capture, preserve and articulate multi-layered rich concepts. This it is argued necessitates surrogate cultural chameleons: those that are able to adopt, or be adopted. The Middle East houses cultures, which on one side exercise restraint, are risk averse and avoid uncertainties. However, their high-context nature veils another cultural dimension of romanticism, which is able to satiate the five senses. A key to these hearts lies in the ancient tradition of rhetoric. 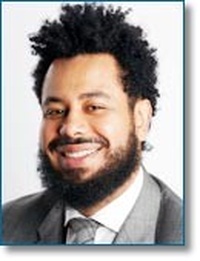 Jonathan A. J. Wilson is a Senior Lecturer and Course Leader in Marketing Communications and Advertising Management, at the University of Greenwich, London UK. His specialist areas are Branding, Cross-Cultural Leadership and Management, Faith and Spirituality, Sports, Music and Islam.