The importance of Litigation PR in Germany is set to grow over the next few years, writes Rainer Westermann.

It is fair to say, that February 14, 2008 is the date that changed everything. On that day, the home of Klaus Zumwinkel, the former CEO of Deutsche Post, was searched on charges of tax fraud and he was taken into custody – all with news teams looking on and German TV broadcasting live. This was unheard of in Germany.

Initially, the extensive media coverage was dominated by the misdeeds, but soon there was an equal uproar of how the state attorney had publicly destroyed this man and his family. Suddenly, defending oneself in the court of public opinion was as important, if not more so, than defending the case in the courtroom.

Like other advances in Public Relations, Litigation PR came late to Germany. Until four or five years ago most PR professionals in Germany had little interest in the subject and felt it was irrelevant for them. The opinion was that it would never amount to much under the German legal system.

Of course, there were other important cases with intense public scrutiny before this one. The Mannesmann case for example (2004 to 2006), which questioned the legality of bonus payments to board members in connection with the takeover by Vodafone, also received tremendous media interest. The photo of Josef Ackermann, the CEO of Deutsche Bank, giving the victory sign at the opening day of the court hearings will always be associated with him.

In both cases, communication professionals worked behind the scenes and tried to minimize the damage. It took quite a while to recover from the initial impact and gain ground but in both cases, they ultimately were able to turn public opinion and in my view, help to reduce the sentence. As a result, awareness and demand increased for this type of service and the industry responded.

Most agencies built Litigation PR teams from professionals, who they already had on staff. They used those with a legal background or with crisis experience. Some, like Ketchum Pleon, hired a lawyer and former judge to head a litigation communications team. Gradually, more specialized consultancies were established.

In 2009, the first book in German appeared on the subject. Stefan Holzinger and Uwe Wolff described Litigation PR in their book In the Name of the Public as a strategic instrument in legal disputes. That put "Litigation accompanying communications", as it is called in German, firmly on the map.

Of course, the increasing number of Anglo-Saxon law firms establishing a presence in Germany brought with them knowledge and expectations of Litigation PR support, that helped to create demand as well. Hogan Lovells announced last year that they had formed a strategic partnership with a PR agency to offer crisis communications (proclaimed to be mostly Litigation PR) for their clients.

I believe that Litigation PR is indeed a special case of crisis communication. However, you need a specific expertise and seniority to really do a good job.

Of course, there is a risk associated with interacting with the media. It is therefore important to strike a balance between the potential impact on the upcoming court proceedings and the more immediate yet potentially crippling negative impact on your reputation.

Today, the market is still very fragmented and immature. There are many who offer a Litigation PR capability, but there are still only a few who specialize in this area. I was recently approached by an American law firm looking for a partner to offer crisis and litigation PR to their clients. They are not the only ones still searching. So far, it seems that demand outweighs the offering in the marketplace. Also, expectations about the quality of service have increased.

It seems to me, that in Germany we are still in a trial and error phase. Some law firms are firmly set against using Litigation PR, some simply pick a PR agency, which claims to have the expertise, others think that their in-house PR person can handle the job.

Some recommend or accept that the PR spokesperson of the company under scrutiny is assigned to the job. This is in my eyes the worst solution with three strikes against it: they’re too close to the subject, mired in internal politics with their jobs on the line and almost inevitably have no relevant experience in the field.

With the possible introduction of class action suits through the European Commission and the growing importance of patent cases, the importance of Litigation PR is likely to grow and will lead to an increased professionalization in Germany. 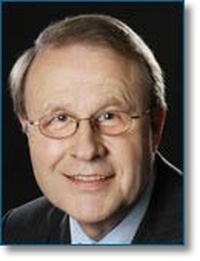