Opportunities and Threats in Belgium


The Belgian economy has been hard hit by the international downturn but the country nevertheless offers a number of opportunities for communications professionals, says Dian Wahlen.

The global downturn has hit Belgium no less dramatically than anywhere else. The country has had to endure large-scale temporary unemployment, uncertainty about the continued existence of factories such as Opel Antwerp, in addition to cases like the Fortis sale, the resignation of the Belgian prime minister and the fall of the BEL20.

In such challenging times, from where do people draw their courage? Perhaps from the Asterix & Obelix books? Storywriter Goscinny and illustrator Uderzo invariably depict the Belgians as “the bravest among the Gauls”. So let’s start from that point again and map out the opportunities available to us, so that we can respond bravely to the crisis as communication experts.

Opportunity 1: A strategic position as an ideal test market
Belgium is like Europe on a much smaller scale and is therefore the ideal test market for advertisers. With the slogan, “If you can sell it in Belgium, you can sell it anywhere,” Belgian public relations and marketing firms have been able to convince international companies to roll out their campaigns in Belgium first. And we can recommend calling in a local Belgian firm because you will find people in-house with the necessary experience of communicating in a complex market that intersects Northern and Southern cultures, using various languages and all in a fast-moving international media landscape.

Opportunity 2: A sense of entrepreneurship in the form of SMEs
Belgium is the only European country where the profitability of small and medium-sized enterprises (SMEs) is substantially higher than it is in larger companies. Apart from a number of large companies that are primarily held by foreign shareholders, the Belgian business landscape is mainly composed of SMEs. These SMEs have frequently developed into strong niche companies that are even, in some cases, the market leaders in their sectors. The reason for this is that, with relatively small budgets, small and medium-sized firms need all the more to show creativity and proactivity in order to stand out from the crowd.

Opportunity 3: A proven ability to adapt to all circumstances
Being part of the Low Countries, during the course of its history Belgium was conquered by the Spanish, French, Germans, Austrians and Dutch. The inheritance of this mix of cultures is not only its rich patrimony, but also its ability to adapt to new situations and circumstances. It is therefore in the interests of Belgian public relations firms to keep their fingers on the pulse of new (communication) trends and then to exploit these as trendsetters themselves. Campaigns via social media and new media relationships are good examples of new services that can be developed and tested perfectly in Belgium.

Opportunity 4: New stakeholders emerging
We have seen some new stakeholders emerging in the media in recent months. In the Fortis case, small shareholders suddenly gained a voice; company managers and directors who had been previously unknown to the general public suddenly had to appear on camera to defend company policy; and new experts from the academic world were brought in to clarify events. In the meantime, online forums and, indeed, the whole blogosphere have developed into important players in communication, so also have to be taken into account. These new stakeholders need public relations, lobbying, media training and campaigns so that their voices can be heard – otherwise, they will simply become unguided projectiles whose core messages no one can grasp (cf. bloggers). It is certainly in the interest of PR firms to map these new voices and, where possible, guide them as they make their first steps in the media.

Opportunity 5: A greater need for transparency
Financial markets, companies and governments are now going to have to adopt new rules of play in global business management. So communication specialists focusing on the financial sector are going to be called on for new assignments – to communicate the new rules of play to the general public; to explain the rules of play themselves; and to put their implementation on the right track. Consultants who are strong communicators and can discuss economic matters will be highly appreciated.

Honesty rules. Opportunities certainly exist, but there are also an equal number of threats to the PR sector today. Let’s also look at five important threats and examine the options PR firms hold to defend themselves against them.

Threat 1: Headquarters in Belgium are closing
A large number of European headquarters of foreign multinationals are located in Belgium, principally in Brussels. However, in recent months, various offices in Belgium have been threatening to close their facilities or reduce their workforces. Any PR firms that are highly dependent on large headquarters clients may come under pressure if they lose two or three of their larger clients in the short term. A good mix of international and local clients in the portfolio reduces the chances of drama in PR firms.

Threat 2: The clustering of small markets
Another popular measure adopted by large international companies is to cluster local markets and thereby save costs. For example, Benelux (Belgium, the Netherlands and Luxembourg) or Belgium and France are often viewed as one market for campaigns and communication strategies. In nine out of 10 cases, the communication assignment during clustering goes to the biggest country (what would you do yourself?). By cooperating with communication firms in other countries and clustering people and expertise, Belgian firms can ensure that they also get their share of this inevitable trend.

Threat 3: Protectionism by large countries is hurting small Belgium
It is an old problem that countries will legislate against foreign imports in order to protect their own economies. Belgium is very vulnerable to protectionist measures by large powers for the reasons that have already been mentioned. As a small country, we can do little to fight this. The PR sector can only protect itself by seeking out specific niche clients – the ones that are able to exploit these times because their products or services are ‘recession-proof’, or because they can specifically use falling export prices to launch themselves into the market.

Threat 4: A crisis in the Belgian media landscape
All of the major Belgian players in the written and audiovisual media have reported redundancies in recent months. This comes in addition to a recent study by a Flemish third-level college showing that almost one in three journalists is currently running at increased risk of burn-out. These are hard times for journalists and this also has an impact on their cooperation with the PR sector. That is why various initiatives will be launched in the coming months to improve the situation – such as a roundtable with the media, advertisers and the PR sector, to reflect together on solutions that will reduce the pressure of work while maintaining quality.

Threat 5: Ethics and CSR are under pressure
Finally, each recession sees a recurring phenomenon whereby the existing agreements, rules and efforts towards greater corporate social responsibility come under pressure. Public relations firms that have specialised in CSR and ‘green communication’ in recent years are facing difficult times. In coming months, the focus will not be on these ‘soft fields’, but primarily on communication with trade unions and key stakeholders, as well as issue management to keep rumours and speculation under control.

As President of the Belgian Public Relations Consultants Association (BPRCA), I can confirm that, despite the recession, we in the industry are continuing to invest in initiatives that should help the sector to progress. This is why, for example, we organise CEO dinners with the managers of PR firms to share our knowledge and insights.

And it’s why we are delivering another new feature – training courses for junior account staff. These are run cooperatively across various consultancies, and are designed to support new recruits to the profession from the outset – to get them operational quickly; to increase their skillsets and retention; and to make the profession (even) more attractive.

In the meantime, hard work is being done in the BPRCA to obtain joint viewpoints and solutions for issues in the sector such as: secondary copyright for press cuttings; a code of conduct for firms and principals; and the negative perception of firms among journalists.

Finally, the second edition of the prestigious Ibis Awards is being planned and some high-end networking events are being arranged with other communication sector associations. Anyone who wishes to keep close track of this can do so at the website http://www.bprca.be/. 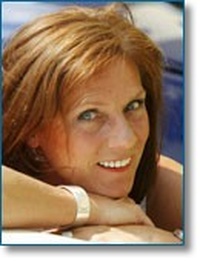