PETA, a charity that campaigns for the ethical treatment of animals, sometimes strips its PR down to the bare essentials. By Kathy Guillermo.

Since 1980, when the founders of People for the Ethical Treatment of Animals (PETA) gathered in Maryland to organize the group’s first small protest, PETA has gained a reputation for outlandish street theater: Nude models, male and female, have paraded through the streets proclaiming, "We’d rather go naked than wear fur!" Our "Got beer?" parody of the "Got milk?" ad campaign has suggested – correctly – that beer is healthier than cow’s milk; and a giant ‘sheep’ has followed around Australia’s prime minister to protest cruelty in the Australian wool industry.

Depending on one’s point of view, these sorts of actions can either be considered failures, because some of the people we’re trying to reach may be offended, or amazing successes, because they garner massive media coverage around the globe and contribute to PETA’s name recognition. From PETA’s perspective, these campaigns were winners for one reason – they put the treatment of animals in the public eye. This is at the heart of PETA’s public relations efforts. Our goal is always to put issues out there so that they can be pondered and discussed and, we hope, inspire change.

Our focus is primarily on issues surrounding the use of animals in the food, clothing, entertainment, and experimentation industries. Every campaign begins with documentation of conditions, often by sending investigators to work undercover. We then take our evidence of abuse to the perpetrators and ask for meaningful change that will eliminate animals’ suffering. This is rarely reported.

Few people know, for example, that PETA tried to negotiate with McDonald’s for a year before announcing a hard-hitting campaign that included more than 400 demonstrations in 23 countries and high-profile graphic ads and billboards. After 11 months, McDonald’s agreed to make major improvements in the living and slaughter conditions of the animals raised for its restaurants, and we declared a moratorium on the campaign.

We also file formal complaints with the government agencies that oversee the facilities we investigate. If negotiating efforts are unsuccessful, and as we wait for the creaky wheels of government to work, we launch campaigns that will continue for as long as it takes to effect change.

PETA’s documentation of abuse inside a laboratory owned by the international company Covance is a case in point. A PETA investigator took a job inside a Virginia Covance pharmaceutical testing lab in 2004 and worked there for nearly a year. The investigator documented that employees were slapping monkeys, throwing them against cages, and screaming at them.

Study directors and supervisors failed to authorize veterinary care for ill and injured monkeys and refused to euthanize very sick animals. They shrugged their shoulders when thick gavage tubes – intended for larger monkeys – were used on small 2-year-olds, who suffered ruptured sinus cavities every time these large tubes were thrust up their tiny nostrils. Many monkeys at Covance exhibited signs of severe psychological distress through stereotypic behavior, circling around frantically in their cages, pulling out their own hair, and biting at their own flesh.

PETA’s Research & Investigations Department took the videotape and photographs documenting this abuse and filed a formal complaint with the U.S. Department of Agriculture (USDA), which launched its own investigation. We then released the evidence to the public through a news conference.

While this garnered media attention, a news conference alone is not enough to keep an issue on the public’s radar. We launched an international campaign involving protests, a Web site (CovanceCruelty.com), newspaper opinion pieces, a letter-writing campaign, and celebrity support. Eventually, the USDA’s investigation confirmed our findings: The agency fined Covance for serious violations of the Animal Welfare Act, stating that Covance deprived animals of veterinary care, subjected them to painful procedures without any pain relief, physically abused primates, and more.

The Covance campaign, like most of our efforts, has also contributed to our objective of showing people that we must support nonviolent ways of developing new drugs and providing food, clothing, and entertainment. (And even as we were protesting Covance’s treatment of primates in pharmaceutical testing, Secretary of Health and Human Services Mike Leavitt announced that the U.S. Food and Drug Administration must come to grips with an appalling statistic: Nine out of 10 drugs found to be safe and effective in animal experiments fail when they get to human trials.) All our publicity campaigns in the U.S. and overseas, supported by our many Web sites that reach out to people of all ages, offer alternatives to cruel acts and products that hurt animals.

PETA has also found support among brilliant print and television advertising professionals. These people have produced powerful public service announcements (PSA) and print ads that have reached millions of people at no cost to us.

Sometimes the controversial nature of a PSA is enough to get the ad into the media, even when it has never been printed or aired. Because PETA is concerned with bringing about change and ending cruelty, we have put aside some of the usual public relations concerns.

It is not necessary for everyone who hears about PETA to like PETA; it is important that we open eyes to what’s happening to animals. We love to use humor when it’s appropriate, and we have found that reporters love to cover nude protests, celebrity involvement, and controversy. While it would be nice to hold a news conference and then sit back and wait for provocative coverage, we’ve found from experience that this rarely happens. Dedication to goals, creativity, a willingness to do something out of the ordinary, and persistence, persistence, persistence – these are what help us to keep animals in the public eye. 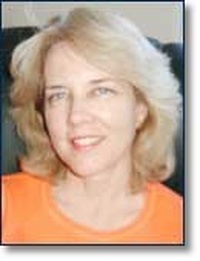 Kathy Guillermo is a Senior Writer for PETA.