Research shows much is going wrong with internal communication. Rodney Gray says the way forward is to stop the relentless churn of written material and start engaging with employees.

For more than 20 years I’ve been conducting quantitative and qualitative research of what Australian employees think of communication with them. And from what I hear in the UK and US it seems my findings here are little different to those in other Western organisations around the world.

What I continue to find is a depressing picture, even though most of my clients are in mostly well-known organisations, and those enlightened enough to fund communication research. The bad news is that, on average, a sound majority of employees (around 60%) are not prepared to say they are satisfied with communication with them in their organisations. Even in the best organisations only about half are satisfied.

The research findings show that there is much going wrong with internal communication from the perspective of employees. Communicators are unhappy too, claiming they rarely get a seat at the "top table" and usually get called in to fix problems at the last minute. CEOs are not happy either according to research conducted by Jim Shaffer in the US. They don’t believe communicators do enough to support the business strategy. [James Shaffer, Connecting the dots...linking people to strategy, IABC International Conference, 1999]

What Research Tells Us

The table below shows the findings of more than a dozen communication audits in recent years across mostly large and medium sized public and private sector organisations in Australia. Many thousands of employees were surveyed.

Results of communication audits in Australia

Yes, these findings only relate to Australia. But I have been on the Research Foundation of the International Association for Business Communicators (IABC) for some years, have attended more than half a dozen communication conferences in North America and the UK, and have subscribed to the major northern hemisphere journals on employee communication for a couple of decades. And based on this exposure, I’m convinced that the picture is much the same as you’d find in organisations in other Western countries.

Even if you assume your organisation is managing communication as well as the best scores in the table suggest (mostly from a small financial services subsidiary of a leading global corporation renowned for its exceptional people management), there is still considerable room for improvement.

Communication audit results suggest that even in the best organisations there are more than 10% of employees who don’t know where the organisation is heading ("strategic direction"), or what is expected of them, let alone how they are going ("performance feedback"). Other scores suggest that roughly half the workforce is not satisfied with communication overall, or with senior executive communication, or about changes happening, or the extent to which they are involved and consulted about things that affect them or their work.

What Is Going Wrong?

In my view what is going wrong is that communicators continue to work on things that have little impact on communication. They continue to "send out stuff" when the evidence is that internal communication is really about the quality of relationships throughout the organisation, and the extent to which employees are "engaged".

It’s surprising too, as professional communicators today will usually distinguish between the sending out of information on one hand, and communication on the other (i.e. to exchange meaning or understanding). Some even define internal communication as having the objective to change behaviour (which is rarely possible with media solutions).

In the table I’ve shown the typical (approximate) correlations of various aspects of internal communication (or "core issues") with overall satisfaction with communication. These don’t seem to vary much between organisations. The only significant difference was a popular electronic newsletter in a 20,000 employee government agency that correlated 0.7 with overall satisfaction.

What Should We Do?

The typical correlations tell us what has most impact on employees’ overall satisfaction with communication. (I’ve shown approximations as the "key drivers" do vary slightly from one organisation to another.) Communication media, tools or channels (e.g. publications, roadshows, town hall meetings, emails and intranets) rarely have any significant impact on employees’ perceptions of the quality of communication with them.

This picture is confirmed by hundreds of focus groups I’ve conducted over many years. Generally when you ask about "communication inside their organisation" employees talk about management relationships, how well they feel they are informed about organisational news, how well others they rely on internally communicate with them, how well they are informed of changes, and so on. They invariably mention email (most often to comment on overload), and mostly they do mention the intranet. Rarely do employees mention publications (and often they can’t name them correctly).

Yet communicators continue to churn out publications and put in huge efforts to often ignored intranets. Why? I asked this question of a group of communicators after I’d presented my research findings. One practitioner suggested (seriously) "It’s because we like writing. It doesn’t matter what’s effective, we went to uni to learn how to write and whether it’s in print or online doesn’t matter." So it seems that until they get found out many communicators will continue to just "send out stuff". The pleas over many decades of gurus such as Roger D’Aprix, the most popular writer and speaker on this subject, have fallen on deaf ears in most cases...

The most recent and painful example has been our love affair with the computer, which has allowed us to become even more craft oriented than we formerly were. That, despite all of the communication research which says so clearly that people infinitely prefer face-to-face communication with their supervisors and their executives over any media, including print and video.

Based on my research findings in Australia I’ve long said that if communicators are serious about improving internal communication they need to be concentrating on those things they correlate strongly with overall communication satisfaction.

Communicators should, for example, be working with the CEO and other executives to get them interacting with small groups of employees (say 40-50 maximum to permit quality interaction), working with Human Resources to improve the 360 degree or upward feedback system to give managers feedback on their communication skills and style (and providing coaching and counselling to those who need it), ensuring major change is communicated effectively, process mapping information flows to improve cross-functional communication, and so on. But this is not easy as Roger D’Aprix points out...

Strategic communication is hard work and requires a lot of nagging. My guess is that our colleagues see little point in fighting indifferent leaders of proposing improved communication strategies. I see it as cowardice, but that’s easy for me to say because I don’t have to fight the battle.

Research of employees reveals there is much wrong with internal communication. But it also shows the way forward. 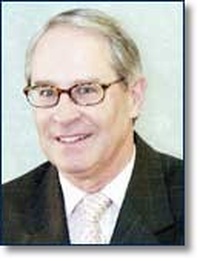