Allison Slotnick sets out the key findings of an extensive survey into media usage habits in the U.S., Brazil, Russia, India and China.

Developments in technology and a growing reliance on online media have resulted in a shrinking world, one where geographic boundaries blur and a global community emerges. However, despite these unifying channels, the public is looking inward — relying not on the opinions of others via mediated outlets, but rather on their own experiences and customized needs.

The expansion of the survey into these markets provides a benchmark for future research of these countries and how their media consumption is both similar and different from those of the U.S. In addition, the survey offers insights on several key areas related to media usage, including:

• Which media outlets consumers turn to for a variety of issues, including specific purchase decisions and business news.

• Which information sources employees depend upon for receiving information on their organization, and which venues corporate communicators view as being most effective to convey this news.

• Which media outlets are perceived to be most credible.

Conducted online from September 30-October 5, 2007, the 2007 Media Usage Survey was taken by a sample of 1000 adult Americans (General Population) with an over sample to achieve 300 Hispanics and 200 Influencers in the U.S. (Influencers are considered to be the 10-15% of the population who exercise influence and control the levers of change in society as defined by Roper.) In each of the four BRIC countries, the survey was taken by a sample of 300 General Population adults and 200 Influencers.

A separate questionnaire was distributed online from September 30-October 5, 2007 to 500 communications and marketing industry professionals in the U.S. Each of these individuals is responsible for what their company communicates to external audiences and has five or more years of experience in the communications or marketing fields.

The survey exposed a decline from last year in the perceived credibility of media sources by U.S. audiences. Among a list of more than 40 outlets, ranging from major network television news to local newspapers, blogs, social networking Web sites and expert spokespeople, credibility assessments were down across the board. On a scale of 0-10, with 10 indicating ‘extremely credible,’ and 0 indicating ‘not credible at all,’ major network television news dropped half a point from last year, down from 7.2 to 6.7, while blogs and even advice from family and friends both dropped a full point, from 5.2 to 4.2 and 7.3 to 6.3, respectively. Comparatively speaking, those in the BRIC countries found their media sources to be more credible than those in the U.S.

This drop in credibility is reflective of an overarching mood of skepticism across the nation. With so many outlets trying to claim a stake in providing news and information, consumers find themselves turning to multiple channels in an attempt to achieve balance and context. Ultimately, though, the power of personal experience and knowledge drives consumer choices.

Just as last year’s survey showed, PR professionals must continue to employ a media mix consisting of print, broadcast and online outlets, as well as rely on the human channel — word of mouth from family, friends, co-workers and industry experts — to convey clients’ messages. No single outlet dominates public usage and, increasingly, these channels are converging with one another as print and broadcast outlets have Web presences which provide opportunities for user input. With integrated usage of media channels on the rise, the unified public voice is now louder than ever, but each individual remains a separate and powerful entity within the larger media landscape.

The Power of Search

With the Internet providing a platform for a variety of information sources, including blogs, social networks and informational Web sites, consumers often find themselves overwhelmed with choices. To sort through these options and make sense of what’s personally important, users are by and large turning to search engines throughout the U.S. and BRIC countries, where search sites rank among the top five outlets used in all five markets by both the General Public and Influencers alike. In the U.S., 60% of the General Public reported turning to a search engine in the last month, while in Brazil that number was at 85%.

Having the world at your fingertips through the Internet may sound appealing, but the dominance of search engines represents the ultimate tool for customization, a one-stop shop where users possess complete control of the search terms and results.

With the BRIC nations surfacing as significant economic markets for the future, companies are seeking out information regarding their media consumption. On the surface, BRIC media habits are similar to those in the U.S. in terms of their reliance on the media mix.

However, there are several key differences that corporate communicators must recognize when adapting their U.S. plans for use in these markets. For one, mobile technology serves as the primary gateway for those in the BRIC countries to enter the online space. Mobile media usage in the BRIC countries ranges from 20% in Russia to 30% in Brazil, while only 4% of those in the U.S. report using it. Additionally, while many U.S. consumers view the media in low regard, those in the BRIC nations hold the media in higher esteem, finding the outlets to be more credible. Thus, these BRIC consumers tend to accept information from media outlets at face value more so than their U.S. counterparts do.

The media landscape is constantly changing and it is important for communications professionals to consider the various channels that are available to them, especially those that the public actually deems as credible. Technology may be connecting the world, but individuals remain their own primary information sources and ultimate decision makers.

As the Internet has evolved to Web 2.0, so too must PR evolve to PR 2.0, where personal empowerment has completely reshaped how people get information and use it to shape attitudes and behaviors. 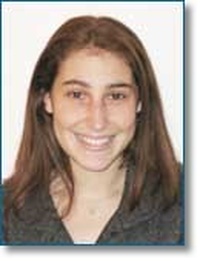