When covid-19 forced the cancellation of a march in support of the Māori language, the Māori Language Commission created a virtual event that became the biggest event of its kind in history. By Christine L Ammunson.

Languages tell the stories of humanity. They are what make us human. The Māori language tells the unique stories of our nation, there’s nothing quite like it anywhere else on earth: and it’s endangered. For most of the 20th century, our government’s colonisation policies discouraged, banned and made it socially unacceptable to speak Māori. From schools to government departments, radio stations to newspapers. Māori children were physically punished at school for speaking Māori.

When COVID-19 hit New Zealand in early 2020, the Māori Language Commission’s annual Māori language marches were cancelled. We weren’t sure what the future would hold but we decided to keep uniting New Zealanders behind our language: whether in lockdown or not.

Instead of lowering our sights, we set ourselves and our country an even bigger challenge: 1 million people speaking, singing and celebrating the endangered, indigenous Māori language at the same time. We are a nation of 5 million, mostly monolingual people who do not speak Māori. Few thought we would be able to mobilise 1 in 5 New Zealanders. But we did.

The event also celebrated the moment in 1972 when a small group of people marched through the rain to our parliament calling for Māori to be taught in our schools.

Our virtual online Māori Language Moment, created by my team with the support of the For Purpose digital agency, would become the biggest, single Māori language event in history. People of all ethnicities and ages, in our smallest towns to our biggest cities, schools, retirement homes, cafes, offices, parliament – stopped for a moment to celebrate te reo Māori.

We had good reason to aim for mass participation. Research tells us to safeguard the Māori language for future generations: we need 1 million speakers by 2040. It takes one generation to lose a language and three to get it back: the countdown is on.

While we might be one of the smallest teams, from one of the smallest countries to win this incredibly prestigious award, we are honoured to accept it on behalf of many. Including the more than one million New Zealanders who joined us to save the language. Plus those language champions who have passed on. And those New Zealanders who are yet to be born but who will help make up the 1 million speakers we need by 2040. Kia kaha te reo Māori. May the Māori language be strong.

We created a community engagement site called Reo Māori. This housed the sign-up process for the Māori Language Moment and was tailored to individuals, groups, schools and businesses.

When signing up, people were asked to share their ‘why’. Why are they participating? Why are they joining the movement? These answers were shared to social media to inspire others to take part.

To date, thousands of  people have shared their ‘why’ with us. We simplified the moment into five actions with ideas for each so it was easy to participate: kōrero (speak), ako (learn), tākaro (play), waiata (sing), pānui (read) and whakarongo (listen). People were encouraged to do one thing for the Māori Language Moment. For inspiration, we added a ‘Moments’ wall with user submissions of what they did for their Moment and organisations’ and schools’ logos to show who was on board.

Due to covid-19, we quickly pivoted Māori Language Week from an in-person celebration to an online action-oriented, long-term movement which will measurably shift the dial on the number of people learning and using te reo. Rapidly standing up an online engagement platform limited our ability to fully test the user sign-up flow so that was being tested in real time. Real time user feedback informed adaptations to make the flow more intuitive for individuals and organisations.

Leveraging relationships with our ‘inner circle’ of influencers such as Maihi Māori (representing the interests of Māori) and Maihi Karauna (Government) agencies was crucial to maximise impact and sustainability. We worked closely with the Ministry of Education who promoted it to schools, contributing greatly to our large pool of participants. As well as a live broadcast by Māori Television, the Moment was covered by all major media outlets in New Zealand and further afield.

Social media drove people to our website using a mix of organic and paid posts with a call to action. A short video opened with historical footage of the Māori Language petition being handed to parliament by a small group of language champions and ended on modern day footage of Māori language parades, with streets full of people celebrating te reo. We wanted to inspire and invite people to be part of history and to also make history. We asked influencers and high-profile individuals to promote it on their social media platforms. Participation was incentivised using te reo Māori branded merchandise

As a digital campaign, we enabled more engagement with our audiences than we’d ever previously achieved during Māori Language Week. People continue engaging with us by sharing their ‘why’ and accessing it as a source of information to continue their te reo journey.

49,000 participated in our #MyMihi follow-up campaign launched for Waitangi Day, New Zealand’s national day. The ‘why’ stories are inspiring; ranging from “doing it for my tamariki (children)” through to “because it’s the language of New Zealand and we have a duty to protect it”. Covid-19 forced us to rethink our approach to Māori Language Week 2020. Not only did we want people to participate and celebrate safely, but we wanted to take a step towards our audacious goal of one million te reo speakers by 2040.

The Colmar Brunton 2020 survey reports the success of the Māori Language Moment campaign as: “2020 sees further strengthening of support for Māori Language Week – this is up significantly versus the previous year and the best results for Māori Language Week yet”. The protection, support and promotion of linguistic diversity and multilingualism is crucial for peace, development, good governance and reconciliation in our societies, as well as for the achievement of the Sustainable Development Goals (SDGs) and implementation of other strategic development frameworks, strategies and programmes consistent with the 2030 Agenda for Sustainable Development.

The Māori Language Commission works closely with the NZ National Commission for UNESCO and hosted events as part of the UN International Year of Indigenous Languages. The NZ National Commission also  supported the election of New Zealand’s Māori Language Commissioner, Professor Rawinia Higgins to the UN Global Taskforce for the Decade of Indigenous Languages 2022-2032. The revitalisation of the Māori language is a unique way in which New Zealand is helping to reach several UN sustainable development goals: reduced inequalities; enhancing peace, justice and strong communities; and reducing poverty; while enhancing good health and wellbeing.

You can enter this year’s IPRA Golden World Awards for Excellence here. 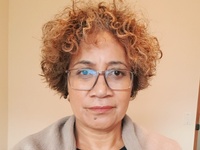