ITL #406   Intentional crisis mismanagement: how organizations can damage themselves


The misplaced sense of invincibility among leaders and a failure by organizations to challenge it are catalysts for disaster. By James Lukaszewski.

Every organization is at risk for a crisis, which I define as, “a people-stopping, product-stopping, show-stopping, reputation-redefining, trust-busting situation that creates victims and/or explosive visibility.” More unethical decisions are made faster during crisis than almost any other scenario in management.

Some crises, like natural disasters, can only be forecasted. The choice of how – ethically or not – any crisis is managed (preempting, predicting, preparing, responding to, warning and managing victims) is determined by the surviving leadership. Empathy and apology are two of the most crucial response ingredients. The quality of the response determines the level of reputation damage or enhancement. A flawless technical response is possible, but fumble stumble and bungle empathy and apology and that’s how your response will be remembered.

After more than 40 years in the trenches I have learned that all questionable, inappropriate, unethical, immoral, predatory, improper, victim-producing and criminal behaviors are intentional. Adults and older teenagers consciously decide to do or permit actions and decisions they know are wrong. I also believe that all ethical, moral, compassionate, decent, civil and lawful behaviors are intentional. The choice is always obvious.

Mismanagement typically comes in two categories. The first is what I call invincibility; a real sense of power that long serving executives and younger, hotshot executives acquire and accumulate. Over time, an environment of what organizational psychologist Merete Wedell-Wedellsborg calls, “omnipotence, cultural numbness and justified neglect of ethical behavior” are created.

The second category is organizational failure to respond or challenge invincibility. Leadership decisions are silently understood or specifically ordered (usually by lower level managers, often without top management knowledge). Examples range from silence to denial, to the reluctance to apologize or exhibit empathy, or worse, maligning victims and those who represent them.

How misbehavior leads to failed leadership

The elements of failed leadership are obvious and survive because they are unmentioned and unnamed. Here is a list of these failed leadership behaviors based on the author’s experience. There are undoubtedly more.

The real value of this list is as an alert for leaders themselves and those around leaders. Those around leaders who witness negative or risky circumstances need to get and inform leadership immediately. Time and time again, leaders excuse their misbehavior, shifting the blame for their intentional mistakes to, “those around me who should have alerted me or caught me”. Leaders who become perpetrators are prepared and practiced at shifting blame, if exposed or caught. There are recognizable prior events that signal existing or pending misbehaviors.

The Ingredients of Failed Leadership

Some experts have described Risk Addiction as very much like the behavior of drug addicts, gamblers, smokers, and sex offenders. These perpetrating individuals absolutely know how devastating and damaging their behavior is but continue anyway. In risk addiction the intoxicant is power and the willingness of others; colleagues, victims, witnesses, compliance officials, board members; to succumb to that power by failing to oppose, disclose, or expose it. Leaders in power, immersed in a culture that says “yes” literally all the time, increasingly act without waiting for a yes or a no. The unilateral decision to move ahead sometimes compels a “yes”.

The management tools for detecting, deterring, and defeating risk addiction are disclosure, behavior labeling, and aggressive but constructive exposure. If you witness intentional crisis mismanagement my advice is clear: speak up. silence is the greatest enabler and validator of misbehavior. Those who observe, are injured or affected by, or who know how many others will suffer, need to speak up, despite the risks. Otherwise, executive misbehavior tends to grow and become more clever, audacious, novel, and damaging.

Invariably, once the perpetrator is caught or exposed, they will immediately blame those around them, who, “Should have warned me or prevented me from making these decisions.” We only have ourselves to blame.

that transform problems into existential crises

Sometimes the only way to help organizational leadership and senior management avoid embarrassment, humiliating visibility, enormous litigation, and just plain stupidity is to illustrate dramatically the patterns of intentional misbehaviors and actions that lead to catastrophic reputational trouble. Leaders and managers do make decisions they know are wrong, inappropriate, even unconscionable because they can.  Staffers and advisors, attorneys, consultants in the room fail to successfully object if they even try. These are the pathways to irreversible trouble, likely unemployment at the top (though often with a big departure bonus).

Management in America and increasingly the business world in general live in a culture of invincibility and,” really smart people.” Predictably when these intentional misbehaviors are disclosed or revealed even “smart people” cannot talk their way out. Bad news always ripens badly. Misbehavior makes everything worse faster. Choosing misbehavior is a high-risk strategy frequently, knowingly, and carelessly transforming a business problem into an existential business crisis. Crisis always start at or near the top. 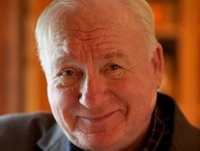 James Lukaszewski, Chairman, The Lukaszewski Group, Bloomington, MN has helped troubled leaders in organizations large and small. His latest book from McGraw-Hill, co-authored with Steve Harrison, is The Decency Code: The Leader’s Path to Building Integrity and Trust.