The misunderstood role of the Corporate Affairs Director, and why it’s not dissimilar to the Chief Operating Officer. By Matthew Jervois.

"Crises and deadlocks when they occur have at least this advantage, that they force us to think," said Jawarlahal Nehru, the first Prime Minister of India. Considering this in the context of the current crisis, he wasn’t wrong.

In essence, it has forced the corporate world to think, evaluate (not for too long) and act quickly. Within this context, has the Corporate Affairs Director finally found its role recognised by dint of a global crisis? Has this taken years off the quest to achieve board status?

For much of the time, the ‘Minister without Portfolio’ nature of the Corporate Affairs Director role has pervaded, struggling to find a definitive position, the outcome of their work unquantifiable in terms of numbers, or represented by recognised professional practice standards, unlike law and accountancy.

Arguably, it’s taken a crisis to elevate the role and recognise its importance in assessing, formulating and conveying business strategy and operational plans. In this sense, the Corporate Affairs Director and the Chief Operating Officer have much in common – critical to the understanding and effectiveness of companies; by rights both prevalent in an organisational structure, with the need to navigate divisional silos across matrix-based organisations.

The better half of leadership

Often, these elements make collaboration and effective decision-making insurmountable. However, both have a unique point of reference, and no constants in the role. As with elements of the Chief Operating Officer, the corporate affairs role is to try and make the vision a reality, understood by wider audiences and help make the CEO a more effective leader. As the saying goes, ensure the better half of leadership is communication.

Crises often pave the way for business transformation and tend to go hand in hand with new ways of working, forcing old protocols to be abandoned; pre-requisites for future corporate success. The communications function has historically struggled to demonstrate strategic understanding and contribution to the business, and it’s taken a crisis for the role to move out from the shadow of the Chief Operating Officer.

What’s changed? In simple terms, all the right ingredients have come together in a finite period to propel the role to the forefront the organisation. This has been brought into sharp relief due to the Covid crisis; in effect an ESG crisis, which has expanded the range of stakeholder targets that drive the success of the business.

All stakeholders have needed undivided attention and they’ve got it: employees, customers, suppliers, media, government. In some circumstances in conjunction with the need to assess the cost of and access to capital. All have been critical to success or survival.

Looking through the stakeholder lens

By bringing the ‘stakeholder lens’ to every public announcement or decision, it has precipitated a strange sense of togetherness from the corporate world. The need for management and employees to pull together, with the recognition that corporate entities are being assessed, valued and judged at every turn, has ensured much greater consistency of decision making.

This is even more critical for the way organisations have reacted, behaved and will be remembered. Admiral, the insurance company, was first out of the blocks in giving a £25 refund to those motor customers who had little use of their cars in early lockdown (to quote Jawarlahal Nehru again: “Every little thing counts in a crisis.”)

Brian Chesky, the CEO of Airbnb, made a bold pledge to treat people fairly, as he was forced to make staff redundant (he cut 1,900 jobs), by giving those affected 14 weeks’ pay, a laptop, equity options and healthcare for a year. A clear set of principles and core values that will ensure a permanent resonance amongst stakeholders.

Bernard Looney, CEO of BP cited that ESG is a “three letter word”. Before the crisis it was seen as one dimensional, meaning climate; now it has evolved to mean a much more rounded assessment of societal impact.

The High Pay Centre in the UK has recently found that the chief executives of FTSE 100 companies that have sourced government support schemes through the crisis received higher than average multiples of staff pay; an average of 80 times more than their median employee and 109 times more than their lowest-paid staff. Will this more broadly become an overarching legacy of the ESG crisis for all companies, regardless of any government support?

In terms of the communications role, this may determine a move away from a preoccupation with marketing and brand considerations to a more strategic role. This is where research analysis of key stakeholders, and the need to shape corporate reputation in double-quick time has never been more important.

Similarly, both the Chief Executive Officer and Chief Financial Officer, need support through this ongoing crisis: Covid-19 will be with us for the long term and overrides most day to day, week to week crises.

Covid has also brought into focus considerations of how the business operates across a broad range of stakeholders – previously talked about under the broad banner of ESG, and now centre stage as to how the corporate world should act and behave. It has forced companies to be more transparent and more engaged. Could this see a series of corporate targets that embrace ESG in particular?

The Business Roundtable Group’s announcement in the US last year may have seemed counterintuitive coming from the US, though this could mean lasting change, rather than the stream of CSR reports that have become the accepted norm for reporting from the corporate world. Maybe, though, companies will have to readily accept they will probably miss these targets, and in tandem admit that they can’t please all stakeholders all the time.

The Corporate Affairs Director and Chief Operating Officer now need to work together, to bring complementary skills in managing these issues across the organisation, and to shape and implement the change that will drive future success.  This is a truly strategic opportunity for both. Are they up for it and can they succeed? 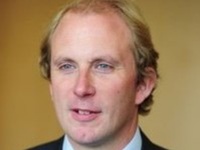