ITL #366 Communications is now social-first: whether you like it or not


The first pandemic of the digital age is highlighting the benefits of a social-first communications strategy. By Ovidia Lim-Rajaram.

Social media flexed its muscles across the globe when the novel coronavirus spread beyond China to the rest of the world. There was news, fake news, and then, too much news sent at light speed – creating widespread concern, confusion and, in many countries, panic and alarm.

It would be difficult to ignore social media as a powerful form of communication. In January 2020, there were 3.8 billion social media users – almost half of the world’s population. At the same time, more than 5.19 billion, or 67% of individuals, globally, own mobile phones.

The ability of social media to change lives can be seen in the civil movements across the world, the youth climate strike movement led by Greta Thunberg, as well as the COVID-19 panic buying of masks, sanitizers and toilet paper around the world. The power of social media lies in its ability to move hearts and minds with its photographs, videos, messages and memes. It can raise the spirits of a bullied child, and also bring down governments.

Social media, like the virus, knows no borders. In this new normal, every user is a curator or “editor” of news.  Individuals choose which websites or apps to follow or use, and what they want to “like”, comment on, ignore, or share. The 2018 Facebook-Cambridge Analytica data scandal also revealed that organizations with deep pockets could shift sentiment by sending targeted content to influence specific groups of users.

This never-ending information flow is exacerbated in a crisis. In the coronavirus crisis for example, apart from news apps, social media sites saw a high level of coronavirus news-engagement. In the first week of March 2020, before the World Health Organization (WHO) declared a pandemic:

The coronavirus crisis is the first pandemic to take place in a digital age. In the flood of information about the virus, what has stood out is the World Health Organization’s (WHO) social media-first approach to public health communications.  The WHO took to Facebook (including Facebook Live for its daily press conferences), Instagram and Twitter to share its daily analysis and advice, and to amplify its reach. The WHO can even be seen on TikTok (on which it started on February 29th, 2020), sharing advice on good personal hygiene!

In Singapore, the government has mounted an integrated 360 campaign with an enhanced social media front to keep the population informed of the COVID-19 situation.  While the daily press conferences and briefings with the mainstream media have established a calm and steady inflection to the evolving local situation, frequent public health advisories are pushed out in newsprint wraps, on the radio as well as free-to-air television.

On social media, the campaign has been particularly impressive. The roll-out included:

The thoughtful, multi-pronged public communications strategy centred on repeated messages about personal hygiene and seeking early medical care and self-isolation when having respiratory symptoms.  The bombardment of messages on all fronts, particularly on social media, created a strong sense of urgency and importance, and played a significant part in Singapore’s aggressive containment approach and efforts to slow the growth of the outbreak.

The country’s Prime Minister, Mr Lee Hsien Loong, has used social media to address the nation at crucial points of the evolving virus situation. A savvy presence on the local social media scene, he has perhaps the highest number of followers on social in Singapore. Mr Lee’s most recent address on March 12th – which he made in the languages of English, Chinese and Malay – was announced on Facebook and Twitter an hour and a half before it was screened on YouTube, Facebook and Twitter, as well as free-to-air television. The use of YouTube also ensured that those who had missed his calm and measured address could watch the video of his speech online, at their convenience, on any device.

American actor Tom Hanks had just hours earlier announced on his Instagram account that he and his wife Rita Wilson had tested positive for the COVID-19 virus in Australia. Hanks went social media-first with his news, and he was widely praised for this.

So what could a social-first approach for an organization look like? If I might offer some suggestions:

With most of the world now on social media, it is vital that communicators move beyond using social media as a dissemination platform. We need to put digital communications front and centre of all we do, and adopt a social-first approach to communications. 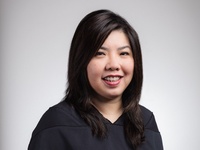