Egyptians, builders of the Great Pyramids, are known throughout history for their architectural skill.

This skill reached a different level in June 2017 when Egypt woke up to news from Alexandria. A building had leaned.

The building did not fall; it just leaned on the building next to it, creating major danger to the highly populated neighborhood.

A crisis with the perfect selfie!

In no time social media was flooded by news, posts and comments, but what stood out was people’s reactions to the crisis. They were TAKING SELFIES with the building!

Egyptians turned the neighborhood into a sightseeing destination. People visited the building and took selfies with friends and families. People gathered at neighborhood coffee shops to watch the building demolition. Social media was flooded with these reactions. The media reported the humor, thus changing the conversation and sentiment around the Alexandria building crisis.

If you faced such a crisis, what would you do?  What would be your strategy?  Would you consider all the Egyptians’ reactions and their sense of humor? Or would you stick to your crisis management protocol?

Our world has changed. We are in the digital era, where clutter, fake news and real-time information are our everyday challenges, and there’s probably more to come.

We live in a VUCA world of vulnerability, uncertainty, complexity and ambiguity. Or as the Nestlé CEO, Paul Bulcke told Fortune after the 2015 Maggi crisis in India, when the group’s Maggi brand noodles were banned for five months. “We live in an ambiguous world. We have to be able to cope with that.

What determines the right way?  Is it our rigid crisis protocol? The givens of the market we are in? The scene developments OR the scenarios that we prepare that fit the now and the flexibility that we allow to manage any crisis in today’s ever changing world?

A noodle challenge that couldn’t get any hotter

In 2015, Maggi noodles, the top-selling noodle in Indian market and one of India’s five most trusted brands of the year was banned for containing excess amounts of lead.

What had at first seemed like a minor regulatory issue with Nestlé India, quickly responding with their own test results showing that Maggi is safe, turned into an epic crisis.  A widely read local newspaper reported the news about the health notice which then appeared on national media.

A couple of days later the hashtag “#MaggiBan” surfaced on Twitter. Then things got out of control. Angry consumers protested in the streets, smashed and set fire to packs of noodles and photos of Maggi celebrity ambassadors!

In India, the media environment is dynamic and the Maggi controversy was the topic for TV commentators with hours of lively, sensationalist discussions. Yet, Nestlé stayed silent for two weeks.

Nestlé focused on collecting facts and data and sorting out the technical aspects of the case with regulators with no attention to either Media or addressing consumer comments on social media.  For the people, the silence was a further sign of guilt.

After the ban, efforts were put in place to engage both media and consumers. A Maggi information hub appeared on its website, journalists were invited to tour the Quality Assurance Center. This was supported with “#WeMissYouToo” campaign engaging Maggi's young and loyal consumer fan base.

A court ruling overturned the ban in August, but Maggi’s reputation was severely damaged and regaining sales was difficult.

The epic crisis was shaped by the cultural and media dynamics of India. An unpredictable and changing environment led to an escalation that created a major negative sentiment. It has taken the brand more than two years to restore trust, regain sales and rebuild its damaged reputation.

Scan the road ahead

On the other hand, staying silent then engaging the consumers with very strong share of voice worked for Go Bus, the leading private sector transport company in Egypt.

In summer 2017, Go Bus had to deal with a tragic accident resulting in the death of six people, with another 20 injured. Families and media blamed Go Bus for the death of loved ones.

Social media was flooded with pictures of those who lost their lives in the accident, videos of speeding Go Buses, drivers on cell phones, boycott pages and calls to revoke the company’s operating license. This affected online sales and led to plunging credibility levels, with online negativity at 80%.

Emotions ran very high. No matter what the company was saying, no one was listening. People reacted with anger, adding to the negativity around the brand.

Silence was the answer until the anger wave faded away. Then it was time to engage loudly.

A campaign was developed to engage media and the public with Go Bus in a series of events to showcase the state-of-the-art operations and experience the brand, transforming them into Go Bus influencers by posting their experience on social media and inviting others to join.

The campaign started with two media visits: to see driver training in Egypt’s certified training center and a presentation at the control unit during a fleet trip to the World Youth Forum.

This was followed by public activations in high profile events. Go Bus offered special trips to African Championship and World Cup qualification matches and was the official sponsor and carrier of the Luxor charity Marathon to build a cancer hospital.

This resulted in an immediate sentiment flip and high engagement of 80% after only three months, driving a strong increase in online business.

Let’s compare the Maggi and Go Bus crises. Egypt and India have cultures and market dynamics with some close similarities. The scene dictated the pace and both companies remained silent for a while, but the results were different.

Engagement worked when used in the right time and way. Emotions played an important role in turning events. Keeping a low profile was not an option for both. But what did the crisis protocol dictate and what was the result?

Don’t get me wrong, crisis protocols are crucial and we have to be prepared with different scenarios.  However, before implementing a global crisis protocol think of the culture, the complexity of the scene and its dynamics and always remember:

Returning to the leaning building story, guess what happened.  It was soon forgotten as the people of Alexandria were busy taking new pictures of their fishing experience in the flooded streets. There was even more humor, and the conversation and the crisis took a different turn.

The big learning here: be prepared to be flexible. Sticking to a rigid crisis management path means you will miss out on golden opportunities. 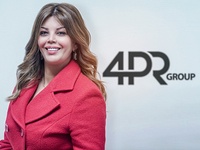